👣 20 weeks, and we’re just getting started

👣 20 weeks, and we’re just getting started 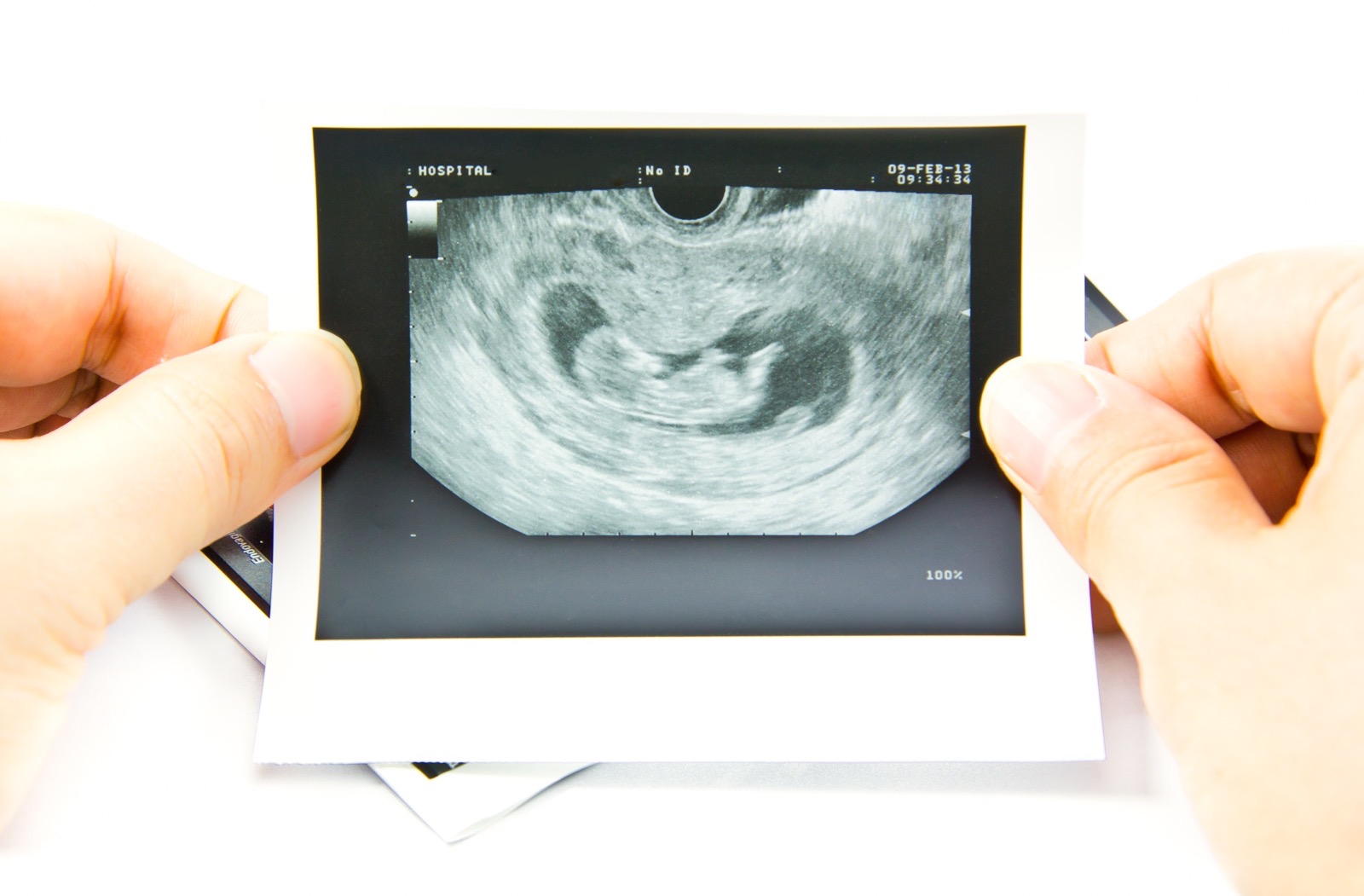 For over 50 years, our state’s law has limited abortion to 20 weeks. However, in 2019 Planned Parenthood file suit to overturn the law and establish in North Carolina that abortion can be performed on demand for any reason up to birth. Judge Osteen, citing Roe v. Wade, enjoined the 20-week limitation and ruled that abortions could be performed in NC up to the point an unborn baby is “viable” outside the womb, somewhere around 24 weeks.

Yesterday, U.S. District Judge Osteen acknowledged Roe’s recent reversal by rightfully lifting the injunction against the 50+ year old law. Praise the LORD, abortion past 20 weeks is now officially banned in our state. Gruesome late-term abortions are once-again forbidden in our state, which resonates with the NC values of the majority of people in our state.

However, this is just the beginning.

We have a long campaign ahead of us to defend life in our state. Now is not the time for political apathy or pro-life passivity.

Across our state, pro-abortion activists are doing everything in their power to make NC the abortion destination of the South. Some of them have even bashed in the windows of pregnancy support centers in an effort to intimidate us. While he didn’t bash any windows—just ignored them being vandalized—rather than do his job, Attorney General Josh Stein embraced the extreme position of the abortion industry. He even went so far as to demand abortion for any reason up to the day of delivery. On top of pro-abortion politicians like AG Stein, abortion profiteers like Planned Parenthood have announced what they call their “largest-ever investment in a campaign cycle” this year. In addition to naming “North Carolina” as one of its top 8 priorities, they announced plans to spend $50,000,000+ this year to “help elect champions for sexual and reproductive health care and rights up and down the ballot and all across the country.” They even name one such abortion-rights champion in relation to their spending goals: electing Senate candidate Beasley, and defeating Budd.

While we celebrate the U.S. District judge’s actions, and the lives it saves, 20 weeks is not good enough. The law is scientifically dated. Since our state’s legislators passed it 50+ years ago, a lot we know—and can now see!—about an unborn baby has scientifically progressed. At just six weeks after conception, an unborn child has a heartbeat. All four chambers of the heart and brainwaves are functioning, and she responds to light touch as her organs continue to form. She is a theological and scientific miracle! 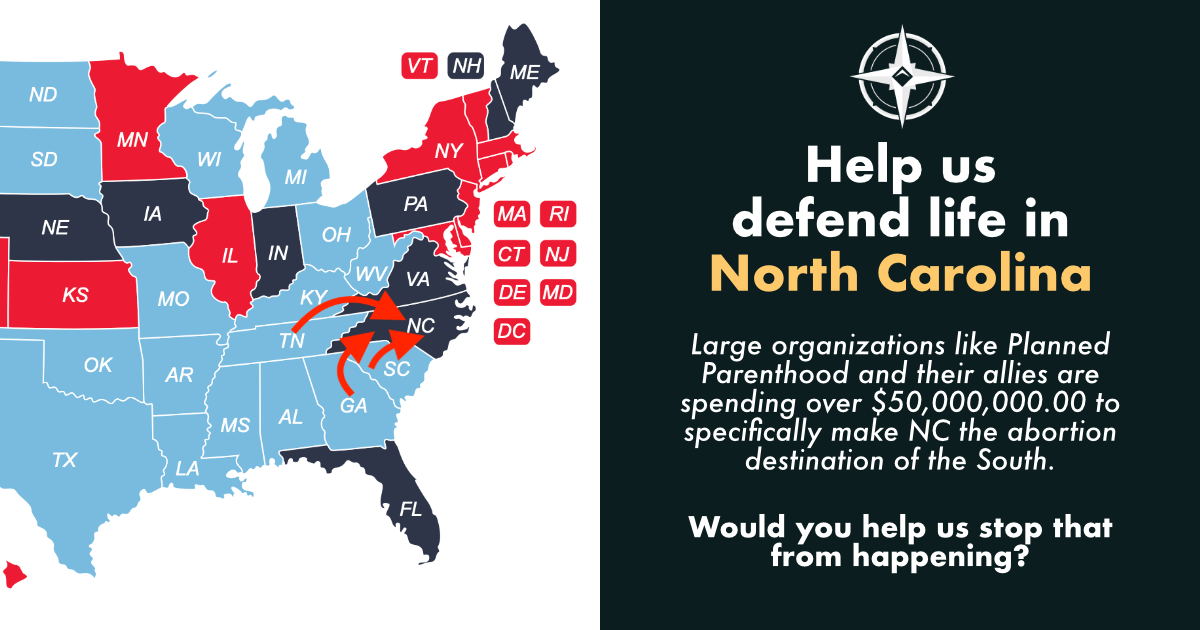 Since January, we have been working hard to protect these precious lives by getting pro-life legislation passed in the NC General Assembly. However, we continue to hear the same types of comments from legislators. With Gov. Cooper in office—and without a veto-proof majority in the NC General Assembly—no pro-life legislation can hope to pass. Furthermore, the liberal majority on the state’s Supreme Court threatens to invent rights ex nihilo from our state constitution (as has recently happened in other states).

Just yesterday, Planned Parenthood’s spokesperson stated: this year, “Abortion rights are on the ballot in North Carolina.” We actually agree with them. In order to override Gov. Cooper’s veto, pro-life legislators need to gain just 3 more seats in the House, and 2 in the Senate. And in order to override the NC Supreme Court’s liberal judicial activism, we need to flip 1 justice’s seat!

Just 3-2-1, and we can begin to make NC pro-life again! But, we have to win veto-proof majorities in the House and Senate and flip the majority on the state Supreme Court.

We continue to advocate for the passage of pro-life legislation, and the election of pro-life candidates in November. Will you join us? Would you help us stop Planned Parenthood from turning NC into the abortion destination of the South? You can help us in two ways:

In addition to being your advocates to all of our NC legislators, we are also working hard to advocate for your values to the culture via the media. In the past 24 hours, we have conducted interviews and have been featured in publications such as CNN, CBS17, the Charlotte Observer, the News & Observer, and many others. While often such publications are hostile to pro-life perspectives, we have labored to ensure your pro-life views are given fair representation.

All this hard work takes time, effort, and resources; and as we said, we’re just getting started. Would you consider helping us maintain our pro-life momentum by making a needed one-time or monthly donation today of $10, $25, $50, or more?

We do so greatly appreciate your aid.