🚨 District asks teachers not to violate privacy. How widespread is it?

Recently we reported on an incident where Ms. Melissa Wilson—a high school English teacher at Heritage High School—had her students take a "Diversity Inventory" that asks them to identify their sexual orientation, gender, religion, socio-economic class, as well of those of their family members, doctors, etc.

Complaints from parents to Wake County Public School System (WCPSS) officials and our awareness survey campaign that directed parents to ask their teachers whether they were teaching the Social Justice Standards in their child's classroom seem to be working. The school system has acknowledged that its Diversity Inventory violated federal law and privacy rights of students. 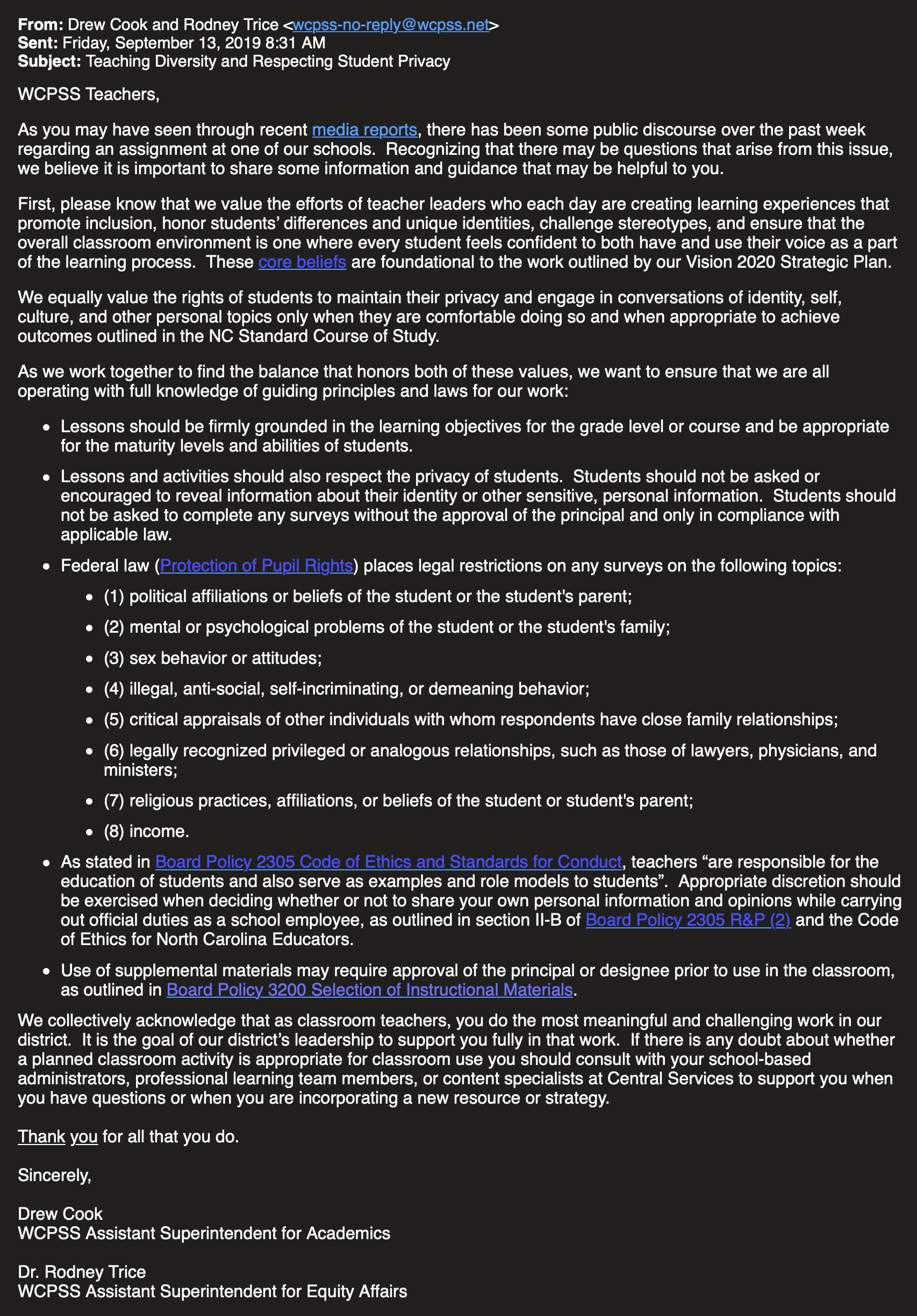 As a reminder, the Heritage High School English teacher repeatedly violated students rights with various assignments asking them to conduct online google form surveys, the diversity inventory matrix, and even one where they were asked to draw stick figures and label their private information. They were even encouraged to walk about the room to publicly declare which identity they struggled with: 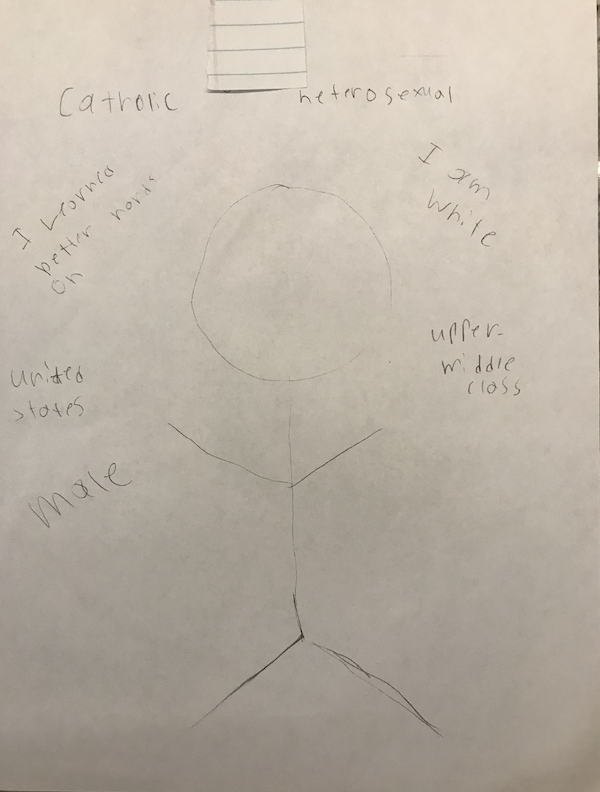 These privacy issues come on the heels of changes within the North Carolina High School Athletic Association (NCHSAA) office allowing biologically born boys who went through puberty to play in girls athletics teams. It also comes after the recent decision from the NCHSAA to punish cheerleaders at North Stanly High School for posing with a "Trump 2020" banner at an "American Night" football event. This action even led Congressman Richard Hudson to send a letter to the NCHSAA supporting the cheerleaders and their first amendment rights against their probation decision.

To make matters even worse, the Secret Service were even recently called in to investigate threats a Union County teacher made against Vice President Mike Pence.

While the WCPSS's admission of standing law that protects student and parental rights is encouraging, their letter and recent actions by the NCHSAA and other NC teachers are a reminder of just how deeply embedded these issues are. Why else would an entire school district need to email all of their educators not to conduct privacy-violating activities? Afterall, the principal of Heritage High School is on record in a February 2019 email as stating that the real issue he had with the assignment is that it didn't occur later in the year when students were more "comfortable" with each other.

At the NC Values Coalition, we're committed to protecting parental and student rights across our state, but we need your help. Is this happening in your child's class? As initial responses from our survey evidence, it's going on across K-12 classes, and across school districts. We have even heard from teachers who admit the issue is much more widespread than parents imagine. We need you to email and ask your child's teacher if they are teaching the Social Justice Standards—it's your right!

We need you to take a minute and conduct this two question survey, and ask your child or grandchild's teachers if they are teaching the Social Justice Standards in their classrooms: https://www.ncvalues.org/social_justice

We also need you to contact the NCHSAA, and ask them to reverse their decision allowing athletes who were born male and went through puberty as males to compete in girls sports and share bathrooms, locker rooms, and showers with girls (and vice versa): https://www.ncvalues.org/contact_nchsaa

Finally, as we work to reveal just how deeply and systematically embedded these problems are, would you consider making a $100, $75, $50, or $25  donation today to our ongoing work protecting the privacy rights of parents and children all across our state??