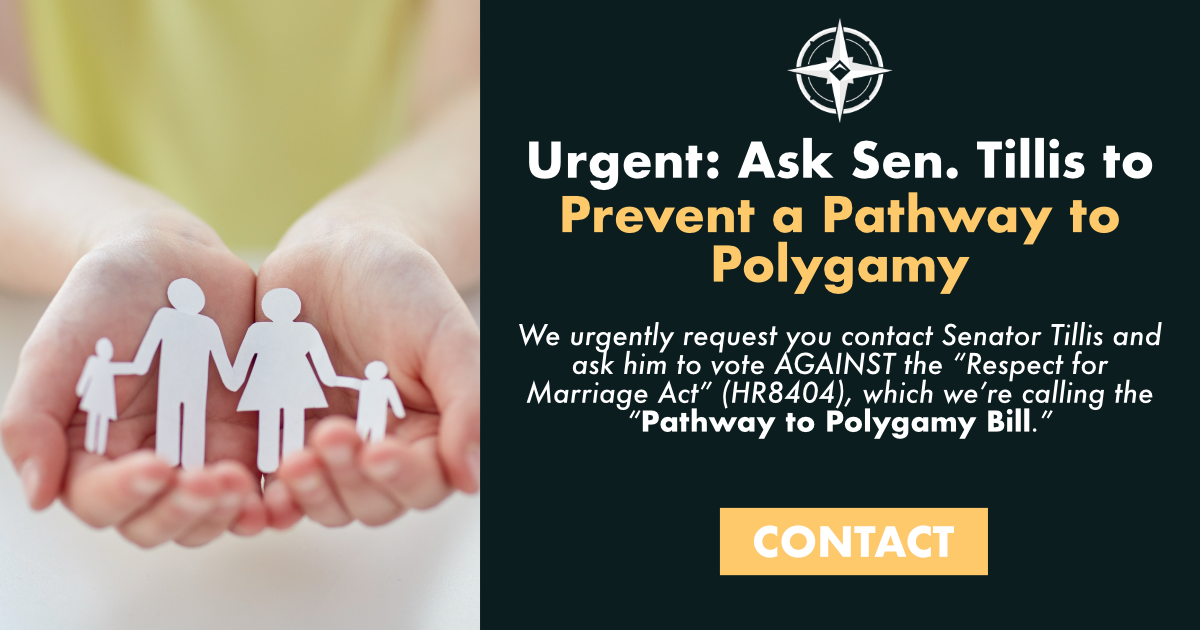 Last month we sent you an urgent message about the so-called “Respect for Marriage Act” (HR 8404), or, as we've been calling it, "The Pathway to Polygamy Bill." After we learned that Sen. Thom Tillis was openly supporting it, we asked for your help voicing our shared opposition to the bill and its implications for marriage, religious liberty, and North Carolina.

Gratefully, over 2,188 of you responded by using our click-to-contact tool to sent an email to Senators Burr and Tillis!

Unfortunately, we have yet to hear about whether Sen. Tillis has reversed course. We also have not heard whether Sen. Burr plans to support the bill. Hopefully, the silence means they have backed off on supporting HR8404 after hearing from constituents like you. However, it could also mean they are working to garner the support of 10 Republicans behind the scenes.

We don't want to take any chances. Would you help us ensure that Senators Tillis and Burr are aware that the voters who elected them to office do not want them to vote for a bill that codifies same-sex marriage, leads to legalization of polygamy, and endangers our religious freedoms?

We've added the ability to click-to-call on our action page. To make things even easier and quicker, after entering your info, you can click a button and have a patch-through line call your phone number. The call will automatically connect you with the Senators offices. All you have to say is something like:

We've also added this neat ability for you to easily click-to-record and submit a video saying you OPPOSE HR8404 (incase they don't think you're real).

Would you help us out by using one—or possibly both—of these tools? Everything helps! 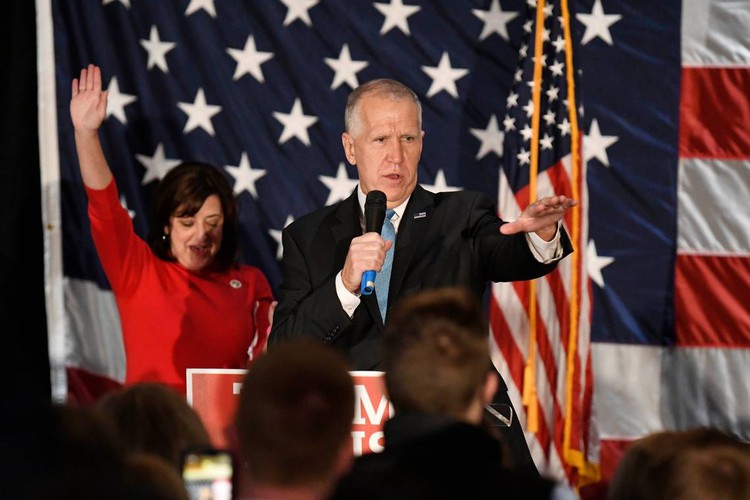 
PS: Finally, if you you financially able, would you consider making a donation towards our expenses related to offering click-to-contact tools?