👨‍👩‍👧‍👦 Parents’ Rights to their own kids

👨‍👩‍👧‍👦 Parents’ Rights to their own kids 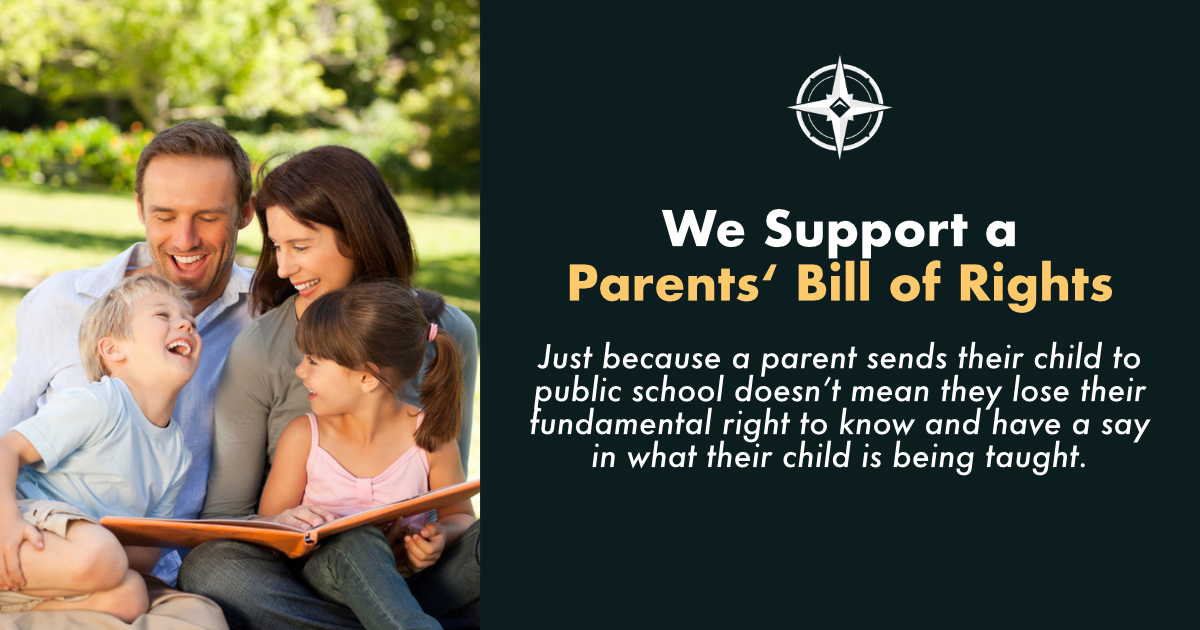 Earlier yesterday, Senator Berger held a press event to announce the NC Senate’s intent to pass HB 775, the Parents’ Bill of Rights. Essentially, the bill protects a parent's right to direct the upbringing, education, and healthcare— mental and physical—of their own children.

With the pandemic, parents had the opportunity to see what was actually being taught and have voiced their desire for continued access to classroom curriculum and materials. This bill strengthens the relationship between schools and parents so both can have improved communication, and can work together for the students’ best interest.

Just because a parent sends their child to public school doesn’t mean they lose their fundamental right to know and have a say in what their child is being taught.

Parents have always maintained local control over government schools for that very reason—so their right to oversee the education and upbringing of their children is honored by the public schools. This right has been recognized by:

It is a sign of our times and culture that a parent’s right to raising their children—the children they birthed or adopted, nurtured, protected, and instructed—would even be in question, let alone a topic of public debate.

Young children should not be taught sex in schools.

That right belongs to their parents.

Teaching K-3rd graders about sex is inappropriate (and 3/4ths of Americans agree). Even our opponents would agree. However, our opponents argue that sexual orientation curriculums are not about sex. That’s splitting hairs. Thus their attempts to rebrand bills like HB 775 as 'don't say gay' bills, rather than acknowledge the broad legal, historical, and popular recognition of parental rights in education. Rather than wrestle with the reality that "sex" is in the very word "sex"ual orientation, they conduct a campaign to distract people from HB 775's protections.

Friend, our organization first raised awareness about the pressing issue of parental rights when we worked with legislators in 2017 to come up with a solution resulting in the Parents’ Right to Know bill. We have seen the need for HB 775's protections first-hand. Many of you have as well.

If you support our work fighting for parental rights, and our work ensuring we do everything possible to get the Parents' Bill of Rights (HB 775) passed, would you consider making a $25, $50, $100, donation?