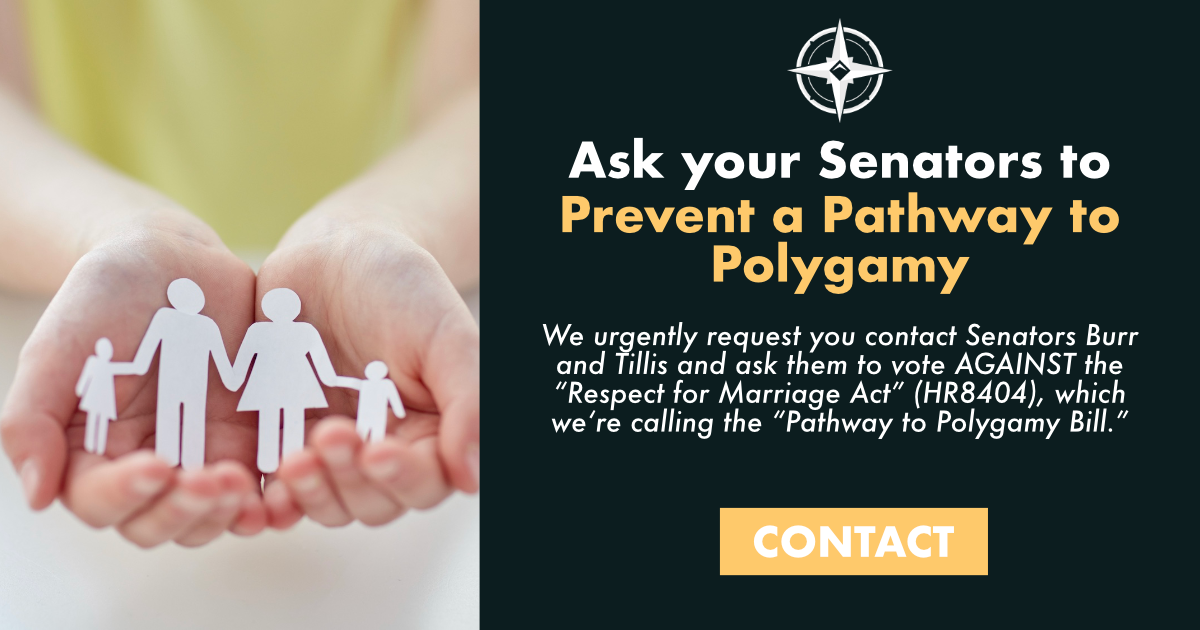 Earlier this month we reached out to Senator Burr’s office to learn what his position has been on whether or not he plans to support HR 8404. We are concerned his silence on the issue means agreement with Senator Tillis’ position, which is to vote for this legislation.

Unfortunately, Sen. Thom Tillis has announced he plans to vote for it (and with gusto). The Senate only needs 10 Republican votes for the legislation to override a filibuster and head to President Biden‘s desk. We even have reason to believe they will vote on this as early as Thursday, which adds even greater urgency.

Why should they oppose the so-called "Respect for Marriage Act"? It will codify into federal law same-sex marriage, repeal the Defense of Marriage Act (which only recognized marriage between a man and a woman as legal), and subject people of faith to discrimination and persecution because of their beliefs that a marriage can only be between a man and a woman. It will also require any state to recognize a marriage that is legal is another state, thus creating a pathway to polygamy.

Finally, if you you financially able, would you consider making a donation towards our expenses related to offering click-to-contact tools?