But they said HB2 would harm NC tourism...

Seems reality is painting a different picture, according to the Economic Development Partnership of North Carolina: 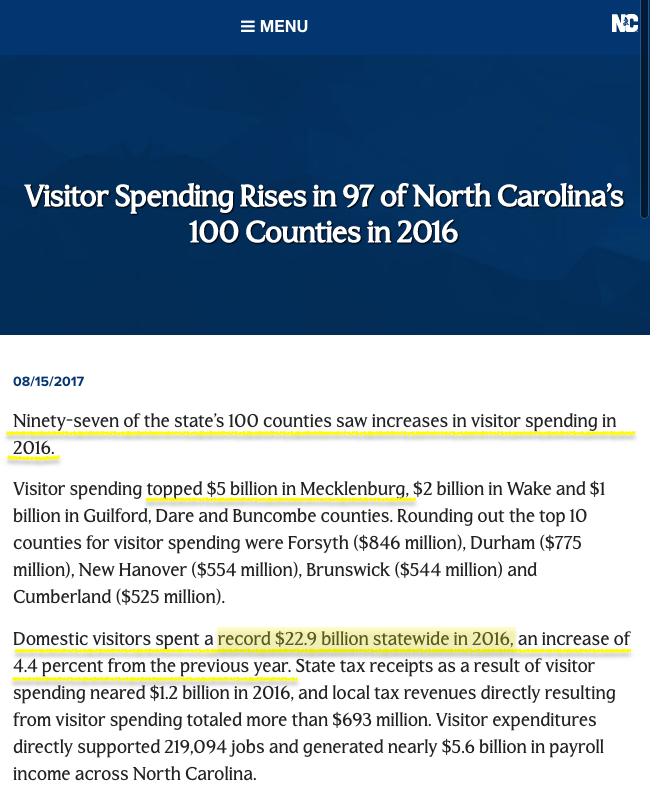 It's ridiculous that opponents of HB2 wanted us to sacrifice our daughter's bathroom privacy for a dollar, and it's just as ridiculous to think that protecting these privacy rights would drive people away from our beautiful and successful state.

This is why NC Values exists. We can't let activists lie about our state, and then hope no one notices when they're proven wrong.

NC Values fights for your values and for truth in the media, in the General Assembly, and in your schools. It takes a lot of time and resources, and we rely on your gracious contributions to keep our work going. Our ability to check lies and fight for truth depends on whatever resources you share with us. Would you be so kind to make a $100, $75, $50, $25, or $10 donation today towards our work?

Activists have moved from our kid's bathrooms to focus on our kids schools, sports teams, and "anti-bullying curriculums." We're currently fundraising for our next major campaign to push back against the propaganda they're trying to push on our children. Can you help us out with a donation today?