A first grader at a Buncombe County school deserves a new identity this school year. Emma was born Colton, a boy by genetics and physiology, yet his parents have concluded that Colton is a girl just because he plays with dolls. This is gender stereotyping to the extreme.

Genitals and chromosomes determine sex, not the toys they play with. I remember a girl in my class in elementary school who liked to play with trucks instead of dolls. That girl grew up to be a woman who fully embraced being a mother and wife. She is also an engineer.

Emma deserves to be told the truth—he is a boy.

Emma’s parents are not just leading their own son to deny reality, however, they are insisting that all the other children at the school participate in their fallacy. It is completely unreasonable for these parents to demand that the school embrace their view, because it defies science, truth, and commonsense.

Parenting is hard. It is sometimes the duty of parents to tell their children “no,” especially when the child’s desire is harmful to the child. Kids don’t develop gender confusion on their own. At this young age, gender confusion is sadly encouraged by the parents they love or the teachers they trust. Letting kids be kids and telling them the truth about their biological sex puts them on the path of living the truth, instead of confounding their personal identity and their security.  Truth may even save them from puberty-blockers, cross-sex hormones, surgery, a lifetime of depression, and possibly suicide (the suicide rate is 40 times higher among transgenders than the general population). 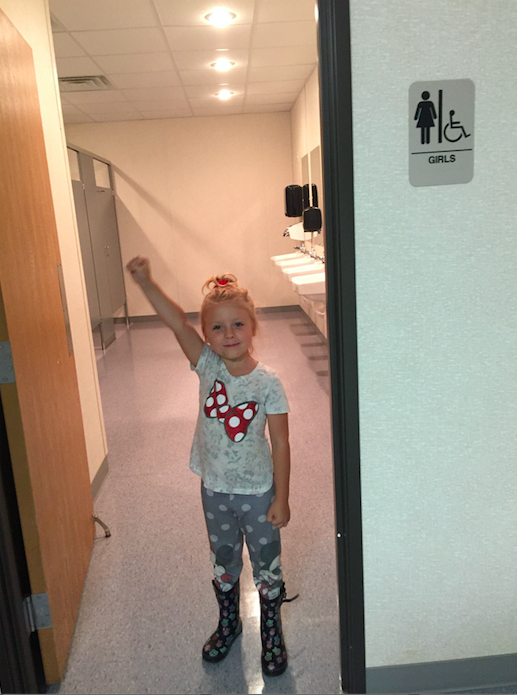 Buncombe County School System has a variety of reasons not to give in to the pressure to adopt a transgender bathroom policy. The school has made reasonable accommodations for Emma which should be applauded, but these parents have placed their own selfish demands above the best interests of others. Schools have no right to legislate a novel view of sexual morality and demand that all parents and their children facilitate it.

There is evidence that the children who are being told by teachers and school officials to believe that Colton is Emma will suffer their own psychological harm. If what they know to be true (i.e. Emma is a boy) is refuted by people they trust, they may question whether any of their judgments are accurate. This leads to a lack of confidence in their own reasoning ability. In addition, little children interpret everything literally, and being made to participate in a lie contradicts their innate sense of truth.

The loving thing to do is for parents and school systems to encourage children to accept the sex/gender with which they were born.