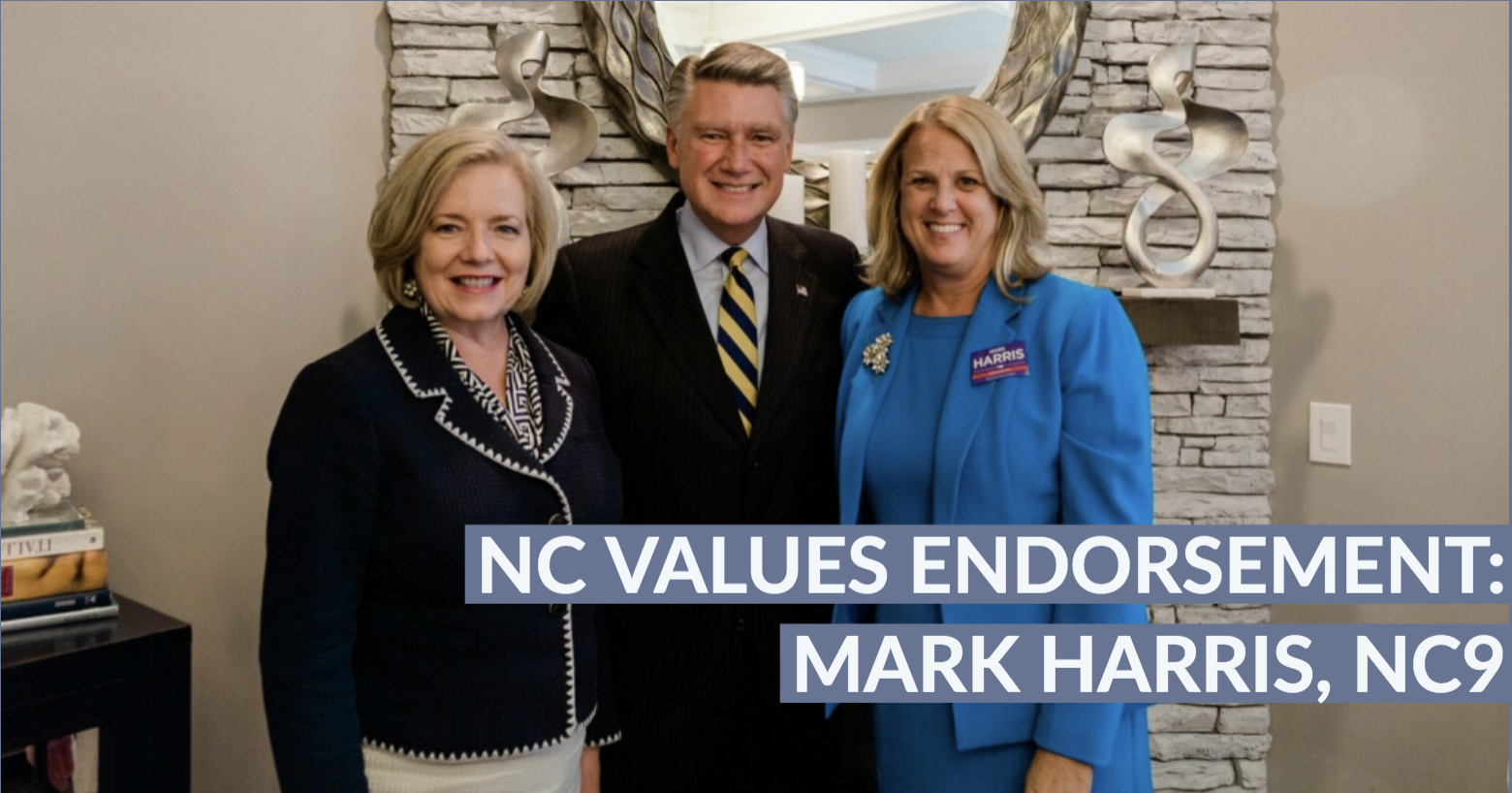 It is my pleasure today to announce that the North Carolina Values Coalition is endorsing Mark Harris for Congress in the 9th District!

Mark Harris has been a strong supporter of family values, and he has been bold to take action to support our values.

Mark’s opponent, on the other hand, has not stated what he does or does not support.  How could anyone know whether he supports family values or not? Even the Charlotte Observer noted that he is “evasive” and “unable to answer tough questions.”  It’s surprising that even the left-leaning Charlotte Observer complained, “voters deserve to know what they’re really getting.  McCready hasn’t told them yet.”

I submit to you that if Mark’s opponent can’t answer tough questions, he doesn’t deserve your votes. The truth is that Mark Harris is the only candidate in this race who is going to protect and advance family values. His opponent is running as a moderate, trying to appear like he shares our values.  But the party platform he has pledged allegiance to is one of the most radical anti-family party platforms in the history of our country.

Mark Harris’ opponent has benefitted from Nancy Pelosi’s support, even if he says he won’t vote for her as Speaker of the House.  Nancy Pelosi’s PAC has spent almost a quarter of a million dollars in this race to support Dan McCready. Do we really believe he won’t be beholden to her?

If Mark Harris’ opponent wins this election, he will help put Nancy Pelosi in the Speaker’s office, Dianne Feinstein in charge of the federal courts, God forbid, Maxine Waters will be in charge of all the banking in America.

And that, my friends, disqualifies Dan McCready for Congress.

It is time to put a person of integrity, honesty, fairness, and family values in the 9th District seat in Congress. Mark Harris is that man!