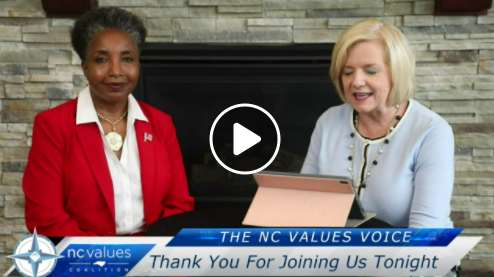 Earlier this week we had another episode of “The NC Values Voice”, a weekly 30-minute interview by Executive Director, Tami Fitzgerald, with a special guest. The NC Values Voice aired on Facebook Live and www.ncvalues.org/voice on Wednesday night at 7:30pm. Our goal with these programs is to inform and motivate our statewide coalition members with current, relevant information.
This week's program featured Dr. Carol Swain, a political commentator and former Vanderbilt University Law Professor who was forced out by the cancel culture for expressing her Biblical views on Islam and Marxism.
You can watch on https://ncvalues.org/voice 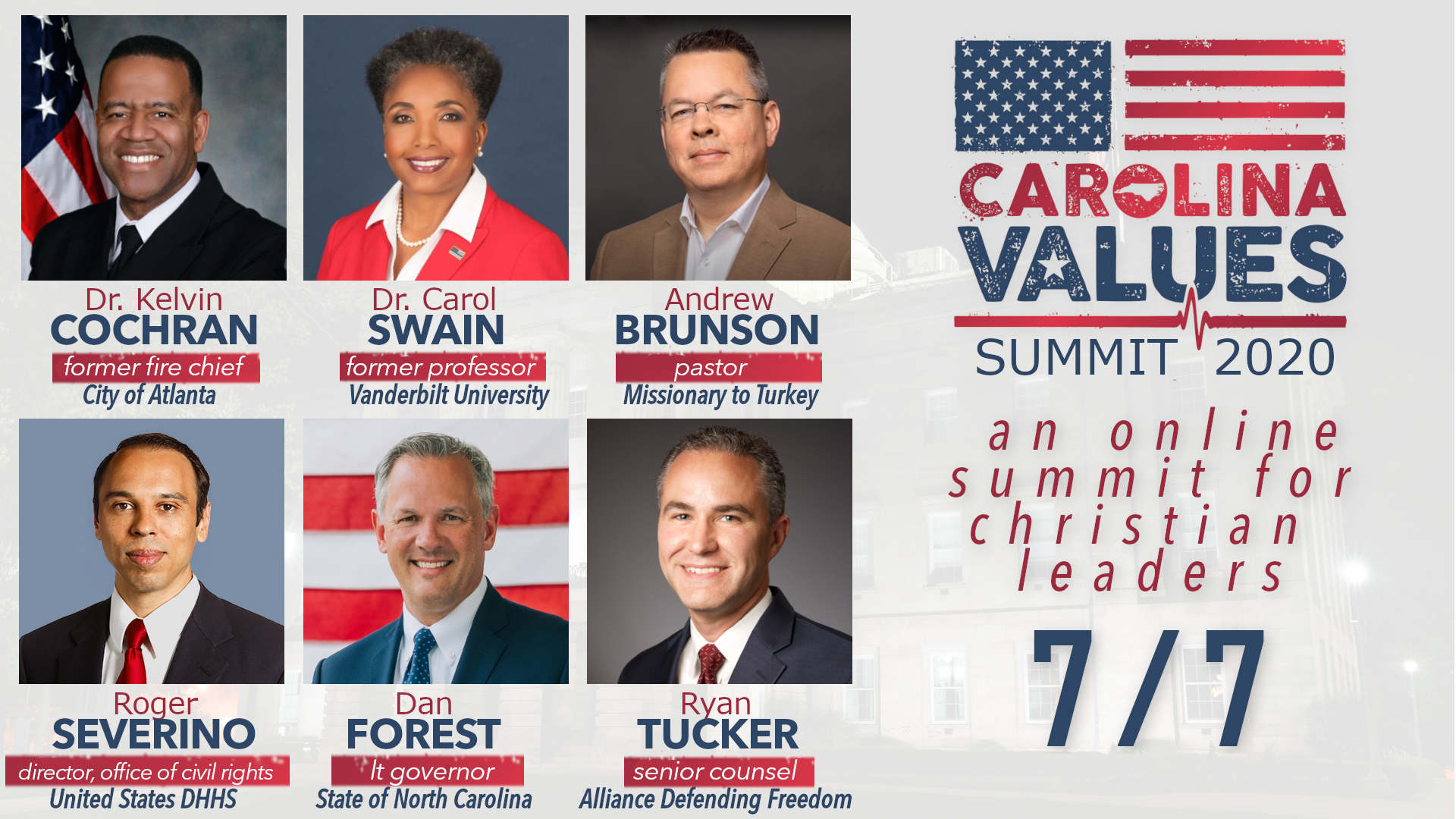 The North Carolina Values Coalition presents a special project called the Carolina Values Summit to equip you to resist growing attacks on religious freedom. We are honored to announce that Pastor Andrew Brunson, the American missionary pastor who was arrested and held captive for over two years in a Turkish prison, will return to his native state of North Carolina to share his story and deliver the keynote address.

This Christian leadership event is for Pastors, Christian Leaders, and Executive Directors of our state’s faith-based nonprofits, schools, and ministries. We hope you will join us at 7pm on 7/7 for this groundbreaking event and impressive lineup of speakers. 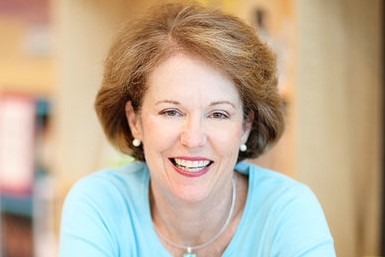 "Before most North Carolinians ever heard of a virus by the name of COVID, another epidemic already existed in our state.  Substance abuse and particularly, opioid addiction, have been at historic highs in North Carolina.  Those who pay the steepest price in this epidemic are babies and small children in the care of a parent too incapacitated to care for them.   This is why the number of children entering the North Carolina foster care system has increased over 36% in the last decade.

Last week the tragedy these children face found its way onto the House and Senate floor in the first piece of legislation in North Carolina designed to provide children with a stable, permanent home within the first 15 months of life — either with a recovering parent,  a close relative, or an adoptive family."

Tragically, along with a number of re-opening bills, Governor Cooper vetoed the legislation yesterday. 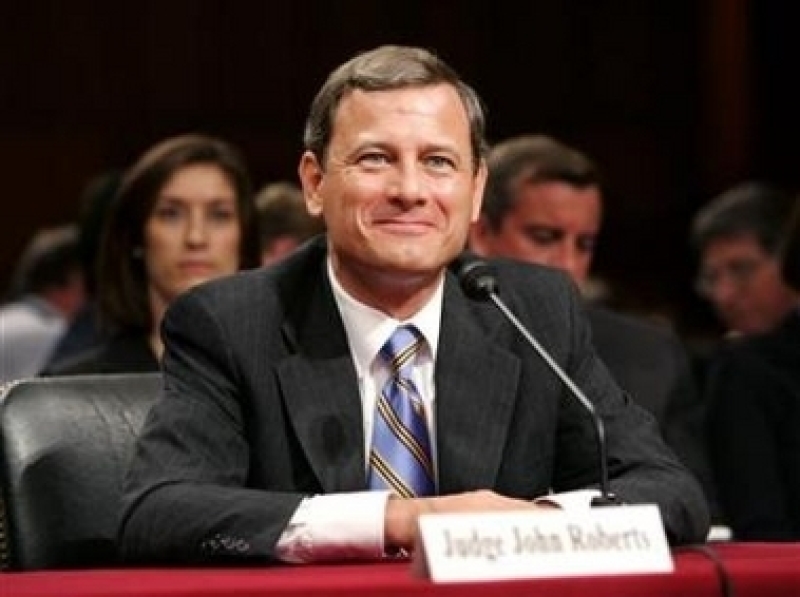 “[I]n a 5-4 decision, the Supreme Court struck down a Louisiana law that would have required abortion doctors to have admitting privileges at a nearby hospital. Not only did Chief Justice John Roberts side with the more liberal justices again, he also gave pro-lifers reasons to doubt Roe would ever be overturned during his tenure.

According to media outlets and the court majority, this case, June Medical Services v. Russo, was essentially 'identical' to a Texas law the Court struck down in 2016. In that case, Whole Women’s Health v. Hellerstedt, the Court ruled that requiring providers to have admitting privileges places an undue burden on women who wanted to access abortion services.

As I argued on BreakPoint back in March, the Louisiana law was similar but not identical. For example, only about 30% of women seeking an abortion in Louisiana would have been affected by this law, and requirements for doctors to obtain admitting privileges are less strict in Louisiana than Texas. Because of these differences, a circuit court concluded that abortion providers could more easily comply with this law than the Texas law, and it therefore did not impose an 'undue burden' on a woman’s right to an abortion."

You can also click here to read our amicus brief on the case. 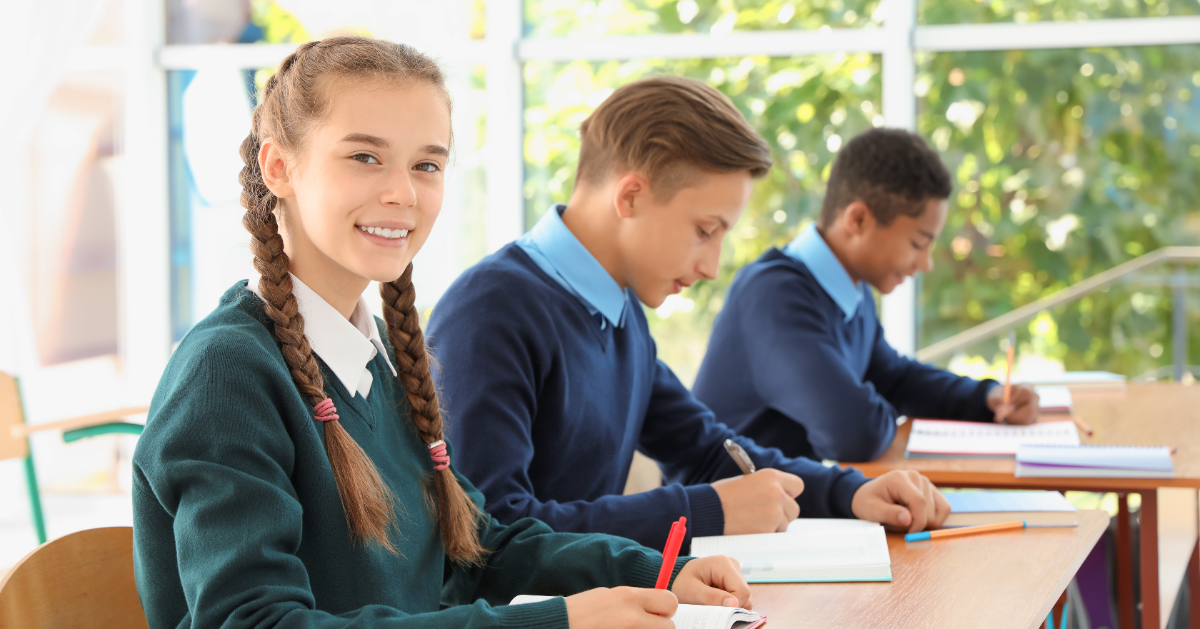 "The past two weeks of Supreme Court rulings have not been encouraging. After the disastrous ruling in Bostock arbitrarily expanded civil rights protections to include sexual orientation and gender identity, the Court, in June Medical, all but handcuffed meaningful state efforts to restrict abortion.

Finally, yesterday, good news. The Supreme Court, by a 5-4 vote, held its ground on discrimination against religious education. In Espinoza v. Montana Department of Revenue, the Court ruled that a state tax credit which “[discriminates] against religious schools and the families whose children attend or hope to attend them” violates the First Amendment’s Free Exercise Clause.

The case dates back to 2015 when the state of Montana created a dollar-for-dollar tax credit for individuals who donate to organizations that provide scholarships to private school students. After creating the program, the Montana Department of Revenue ruled that such a tax credit, if used to fund to religious private schools, would violate the state’s version of the “Blaine Amendment,” which prohibits state funding of religious education.”

Click here to read more commentary from the National Review on the Espinoza case.

WEEKLY PRAYER: PRAYER FOR THE NATION