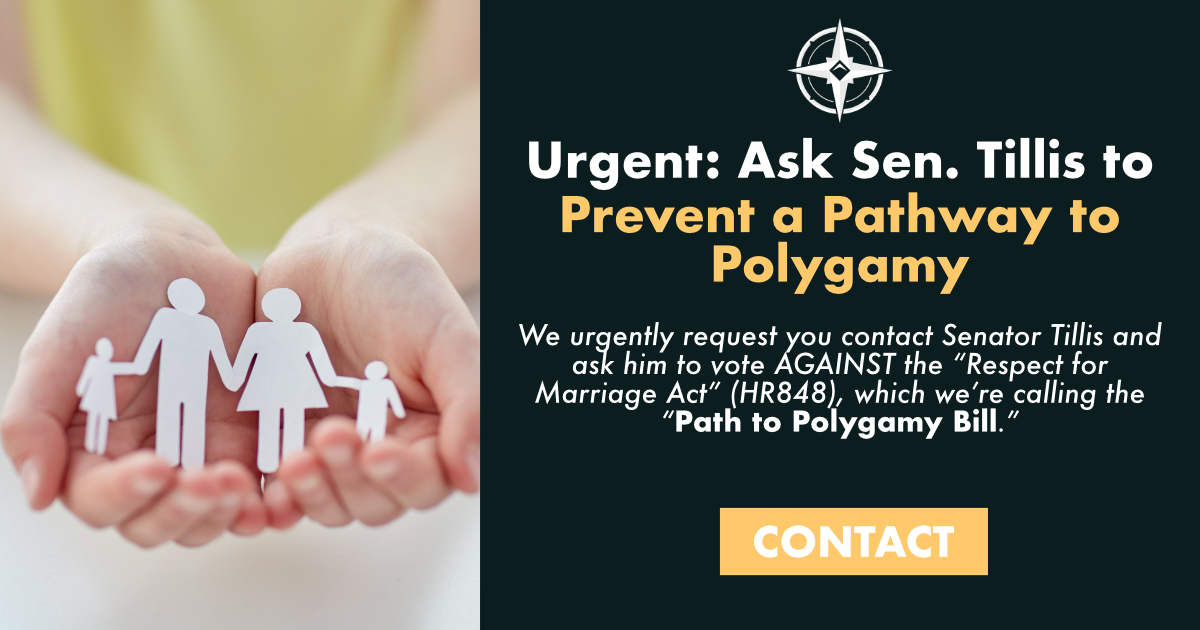 Sen. Tillis has intentionally ignored your petitions. Earlier this week, the Senator said regarding HR 8404:

“‘I’m prepared to support it, . . . I said that last week and some people had me down as a maybe, and I said, ‘What part of, ‘I’m going to support it,’ did they not get?’ Tillis’ decision to support the bill goes against the vote of every Republican member of North Carolina’s delegation in the U.S. House last week.“

Ironically, yesterday was also the same day we released a letter cosigned by NC Values and 80+ other organizations. In it, we request Senate Minority Leader McConnell reject HR 8404 and urge colleagues like Sen. Tillis to abandon the harmful and unnecessary legislation. If you would like to help out, would you consider taking a minute or two to contact Sen. Tillis and urge him to reverse course on the legislation? 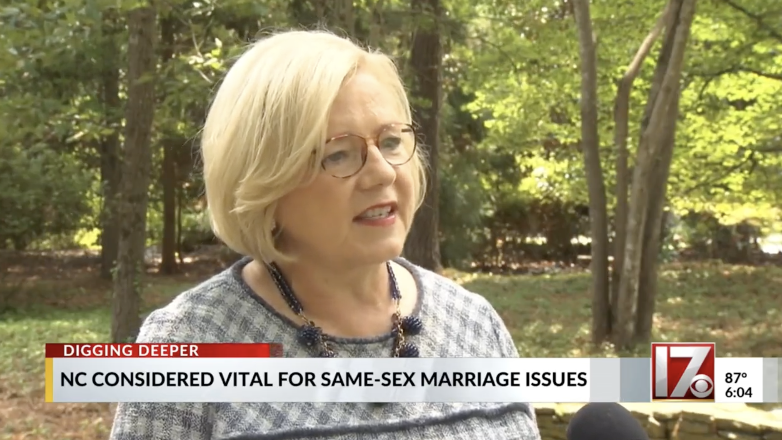 "Supporters already know they have one vote as North Carolina republican senator Thom Tillis said he is a yes. It was just ten years ago that the then Speaker of the North Carolina House backed a state bill banning gay marriage.

'He helped the bill get through and it’s in the party platform,' said Tami Fitzgerald with the NC Values Coalition.

North Carolina was the last state to pass such a law before the Supreme Court ruled that sort of ban unconstitutional.

'So, we would hope that Senator Tillis would support the voters in this state who have put their trust in him to support their values which includes marriage between a man and a woman,' Fitzgerald said. 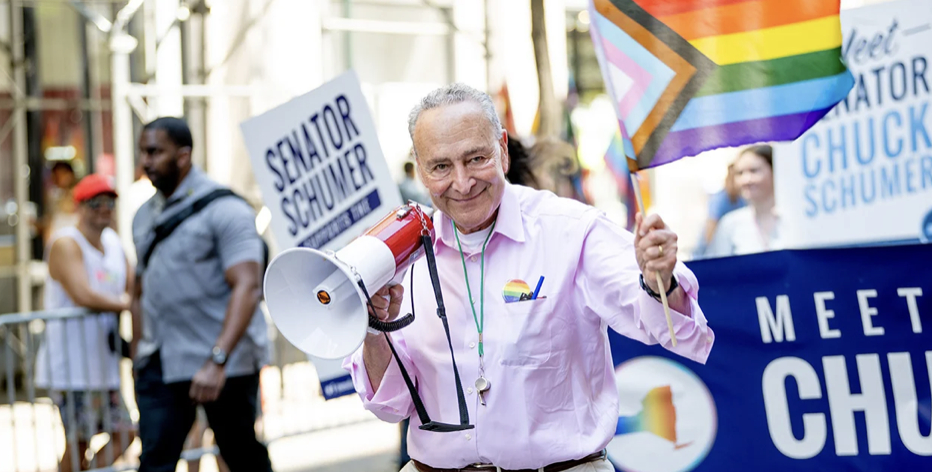 “Twenty-four hours later, at least four Republicans have taken the bait, walking into a political trap that could very well eat into the margins the GOP needs in November. To no one’s surprise, liberal Republican Sens. Susan Collins (Maine) and Lisa Murkowski (Alaska) are on board, as well as outgoing Sen. Rob Portman (Ohio). But the real bombshells started dropping Wednesday, when more conservatives seemed to be testing the waters on a radical issue that seven years ago they vehemently opposed. Names like Roy Blunt (Mo.), Joni Ernst (Iowa), and Thom Tillis (N.C.) started popping up in news stories as possible ‘yes’es.” 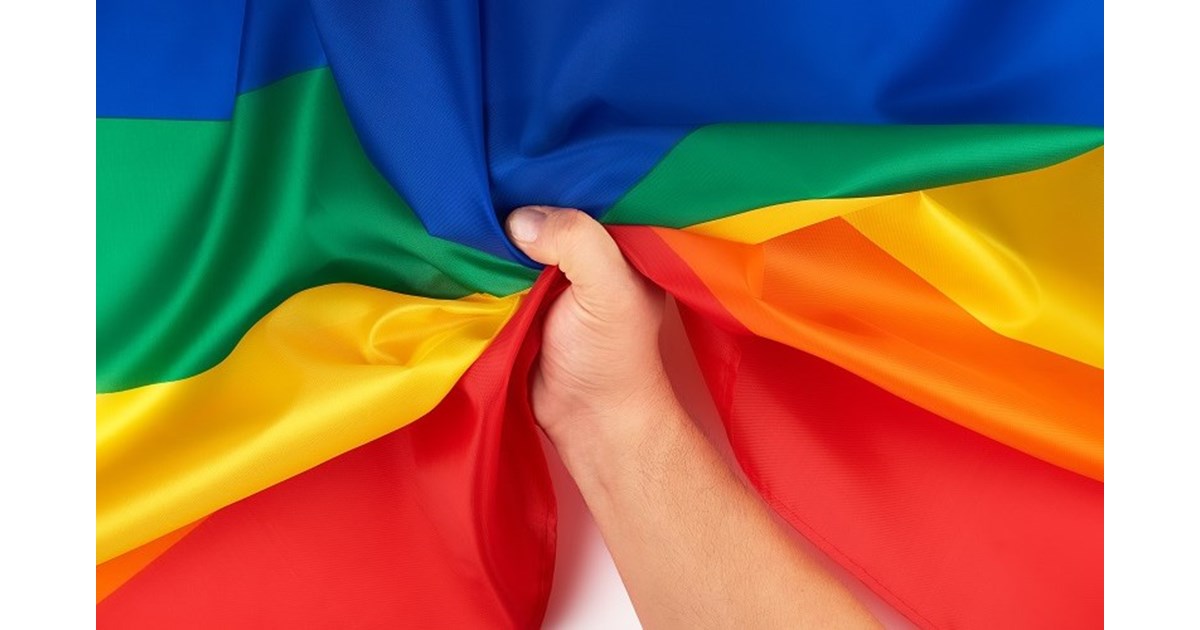 4. AFA: Selling out on marriage will haunt the GOP

“If the GOP’s defectors are making a political calculus, it’s a terrible one. Conservatives who abandon marriage are only endearing themselves to two sets of people: radical Democrats who would never vote for them anyway, and moderates from both parties who wouldn’t make marriage the deciding factor of any vote. Who they stand to lose, on the other hand, is far more significant this November.” 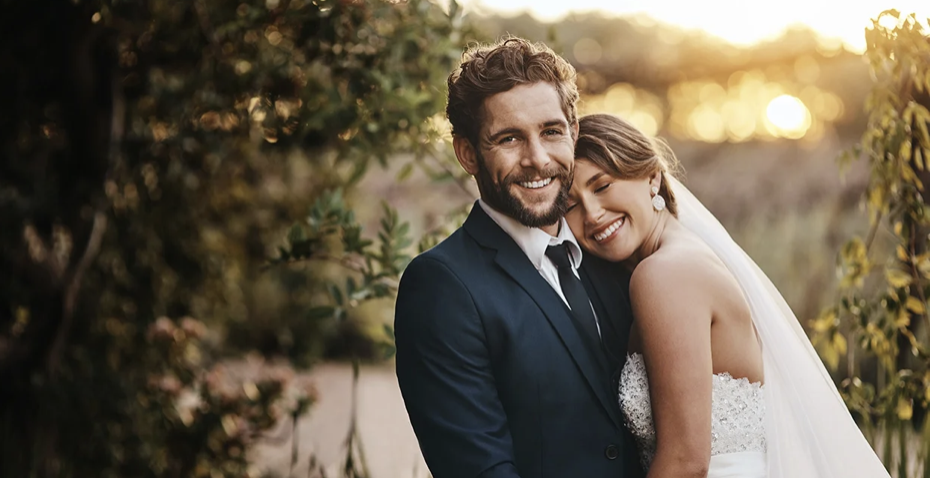 5. THE DAILY SIGNAL: Polygamy a Possibility Under House-Passed Respect for Marriage Act

“Heritage Foundation research assistant Jared Eckert warns that the House-passed bill could have dire consequences if passed by the Senate and signed into law by President Joe Biden. ‘If one state—just one state—recognizes polygamy as a legitimate marriage or legal marriage, then basically, the federal government has to do that,’ Eckert says.”