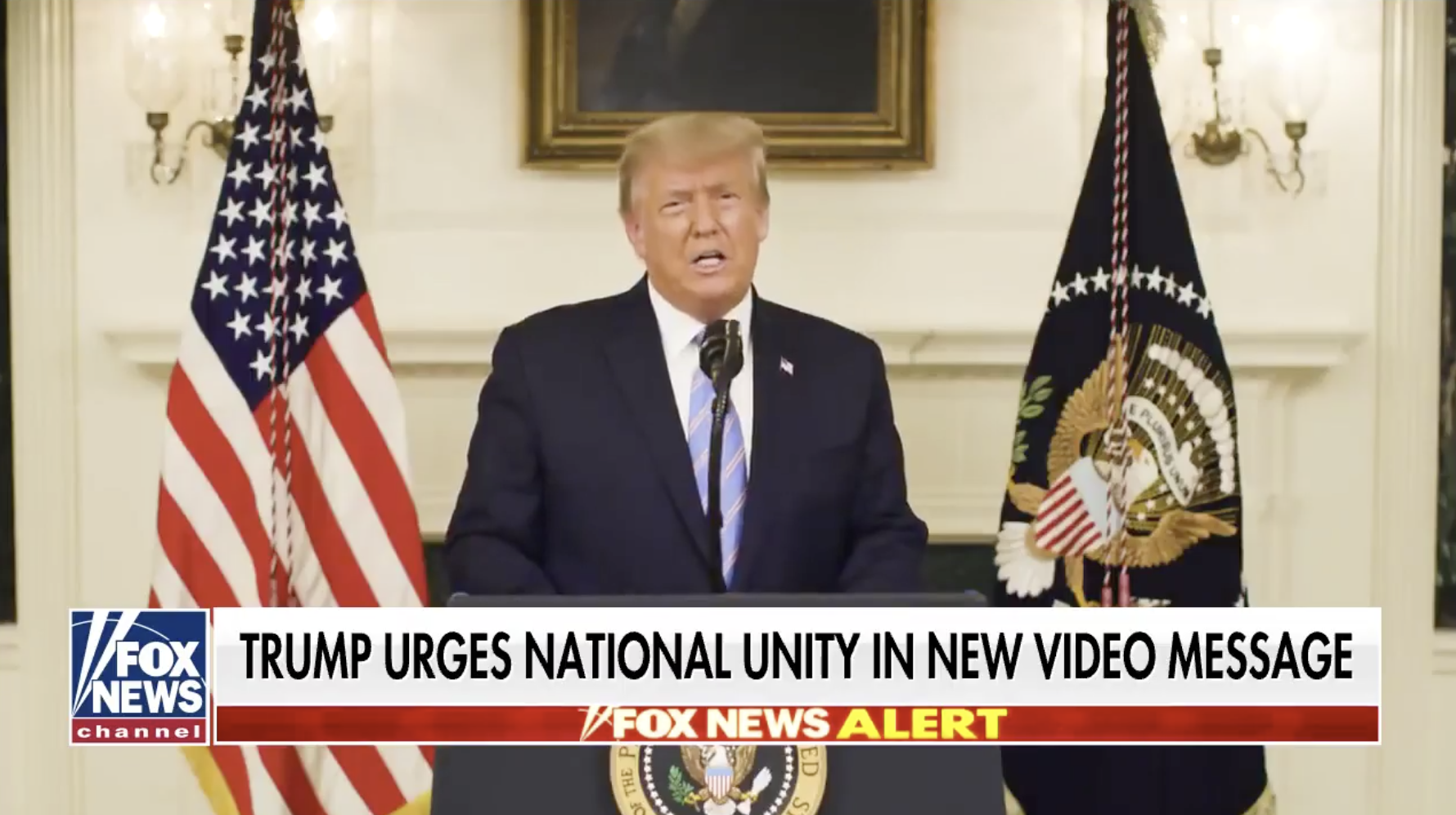 “‘Emotions are high now, but tempers must be cooled and calm restored,’ the president continued. ‘We must get on with the business of America. My campaign rigorously pursued every legal avenue to contest the election results. My only goal was to ensure the integrity of the vote.’

‘My focus now turns to ensuring a smooth, orderly and seamless transition,’ Trump said, acknowledging that ‘a new administration’ would be inaugurated Jan. 20. ‘This moment now calls for healing and reconciliation.’

He noted the struggles ahead mitigating the coronavirus and rebuilding the economy, calling for unity. ‘It will require all of us working together. It will require a renewed emphasis on the civic values of patriotism, faith, charity, community and family.’

‘To the citizens of our country, serving as your president has been the honor of a lifetime,’ he continued. ‘To my incredible supporters I know you are disappointed ... our incredible journey is only just beginning.’” 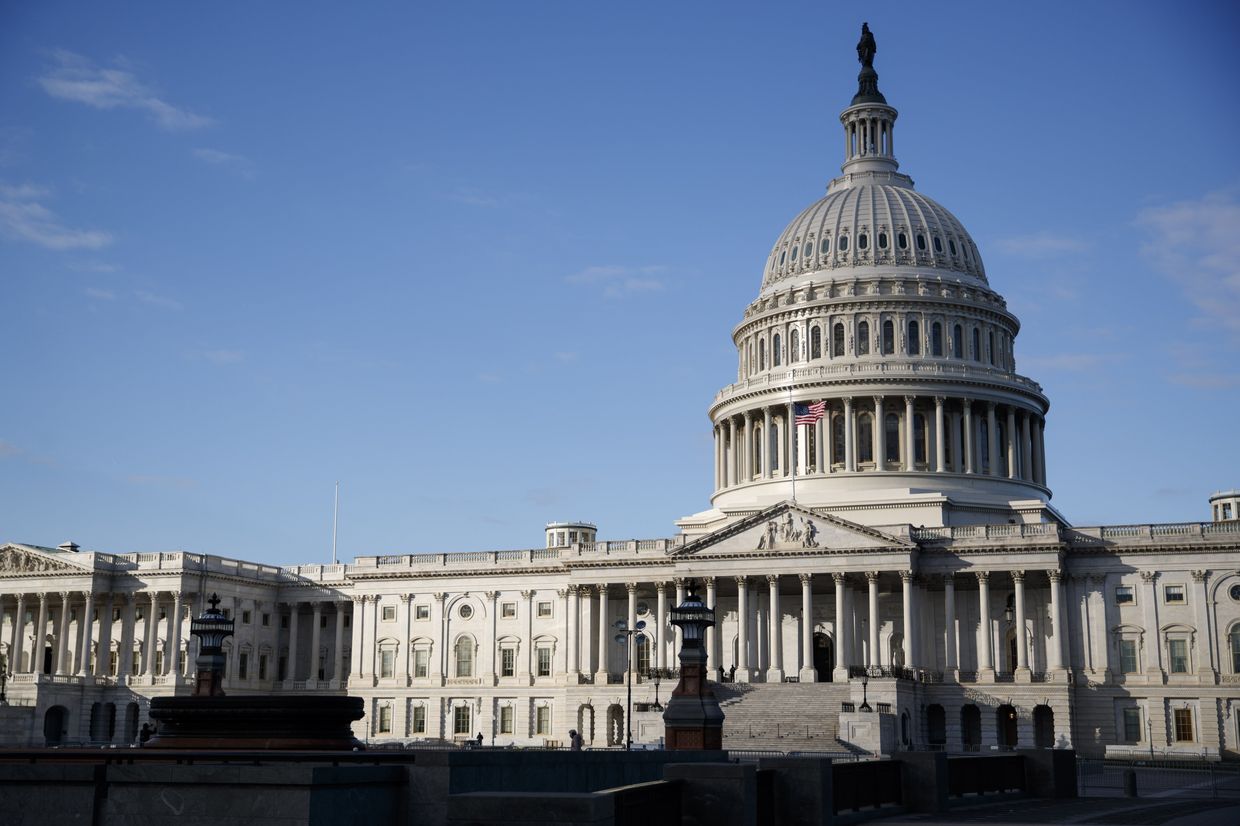 “Democrats Jon Ossoff and Raphael Warnock defeated Republicans David Perdue and Kelly Loeffler in Georgia’s two Senate runoffs. The outcome of the high-profile and costly elections will put Democrats in control of both chambers of Congress and influence the scope of President-elect Joe Biden’s legislative agenda.” 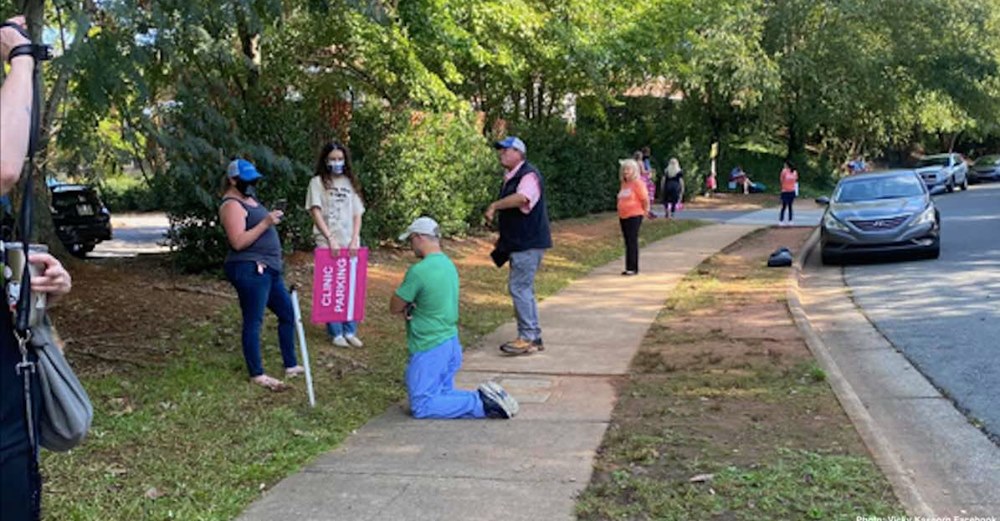 "Doctors often are known by their degrees and accolades. You could know that about Dr. Matt Harrison, including numerous patient’s choice awards and compassionate doctor recognition, just to name a few, but it wouldn’t show you his heart.

Perhaps a recent photo of Harrison kneeling in prayer on a sidewalk in front of an abortion center captures him best. Or the comment left by one patient, 'You won’t find a more pro-life doctor. He truly has a vested interest in your health.'" 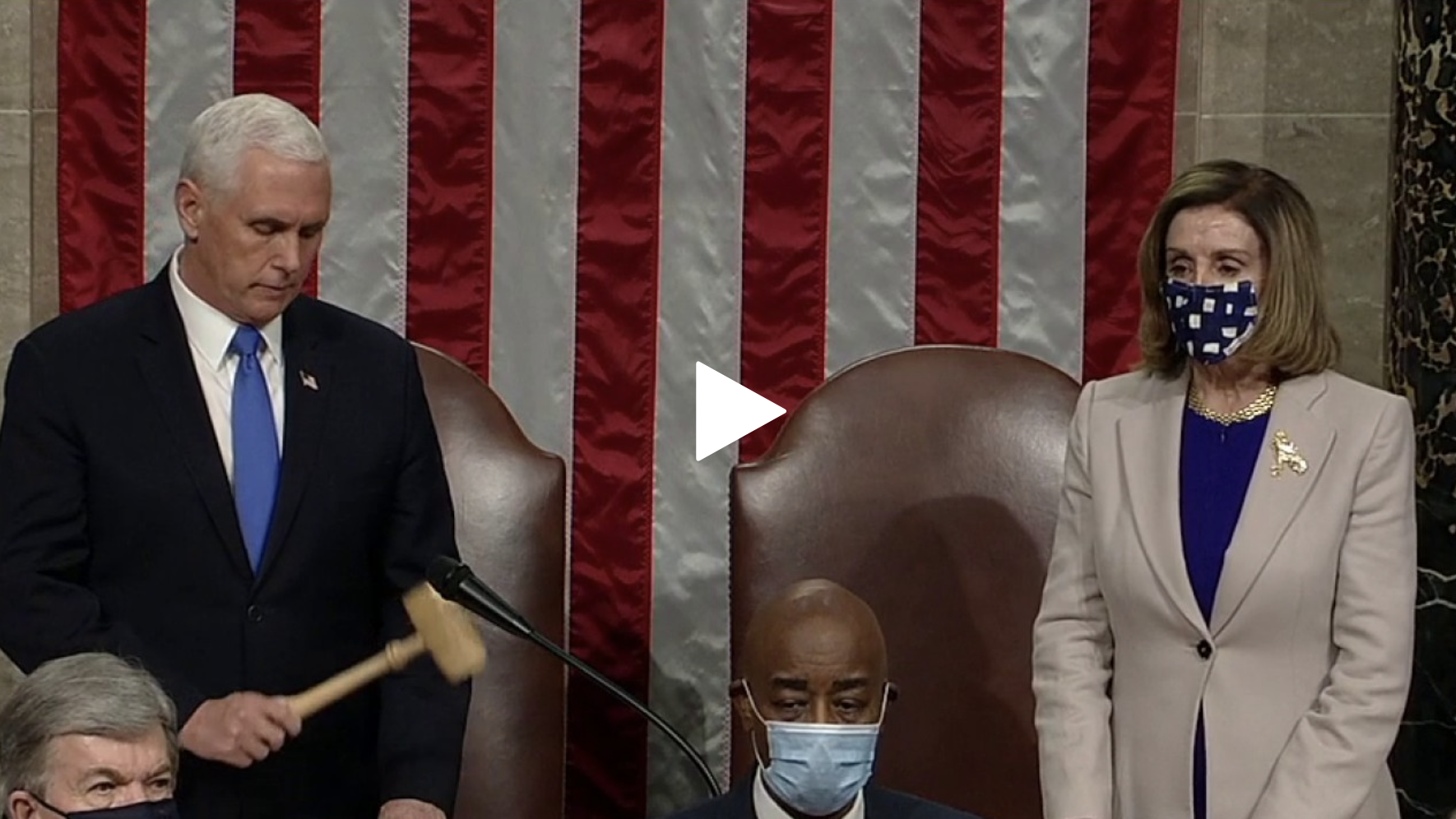 “Vice President Mike Pence, who had announced he would not overturn the will of voters, confirmed the Biden victory at 3:41 a.m. ET.

Lawmakers had returned to the chamber in an act of defiance, with some Republicans who initially vowed to challenge states’ results due to voter fraud concerns announcing they'd instead vote to certify.” 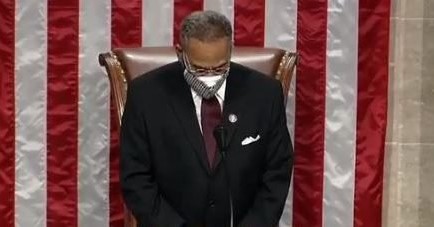 5. DAILY CALLER: Prayer To Open The 117th Congress Ended With ‘Amen And Awoman’

"Democratic Missouri Rep. Emanuel Cleaver ended his prayer to open up the 117th Congress on Sunday with the words 'amen and awoman.'"

LORD, what a dark day indeed! Our nation is so divided that we can hear it tearing at the seams. We can see it in the streets, and in our public square.

We are short of words, because they seem inept at conveying the loss and lament we are feeling. So we turn to prayer, where you above all know the meanings of even our groans.

Forgive the sins of our nation. Bring about an awakening of repentance, peace, and fellowship. Help us love one another. Protect our nation's leaders, and protect our Republic. God Bless America. Come, Lord Jesus.