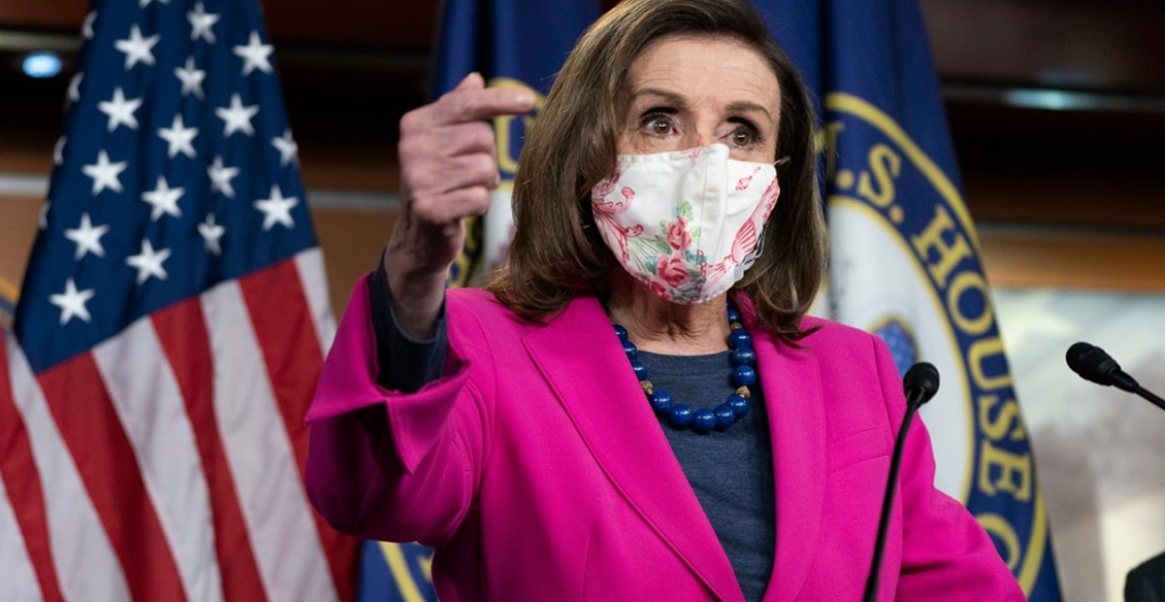 “The House voted Thursday to pass the Equality Act, a Democrat-backed bill meant to ban discrimination on the basis of sexual orientation or gender identity.

The bill passed by a 224-to-206 vote along party lines. Three Republicans joined Democrats to vote in favor of the legislation.”

“Opponents have also raised concerns about the bill's potential impact on women's sports. GOP critics argue that allowing transgender youth to participate in girls' sports would be harmful to competition.

The razor-thin vote signals the bill will face difficulty passing the Senate, even as the Democrats hold an effective majority. At least 60 senators would have to vote in favor of the measure to bypass a legislative fillibuster.”

For a great piece on the intolerance of the Equality Act, check out Rep. Robert Good’s “Standing Up to the Intolerant Equality Act” here at the Daily Signal. 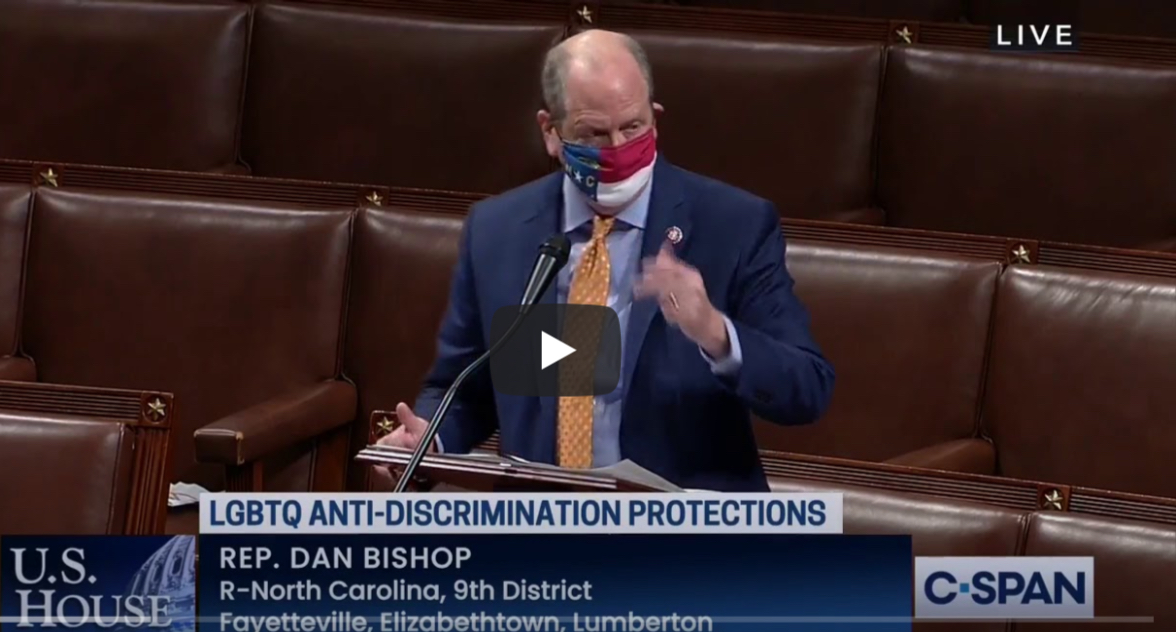 Also check out this video of Congressman Dan Bishop’s fantastic remarks from the House floor on why we should reject the Equality Act. 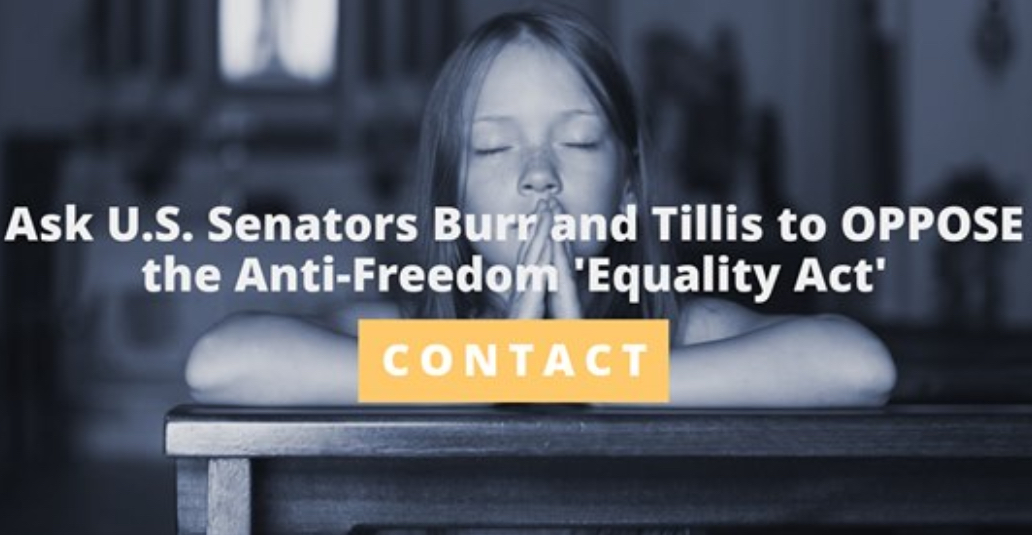 On Thursday, the United States House of Representatives passed the Equality Act, which poses one of the most severe threats to our First Amendment freedoms of speech, association, and religion to ever be considered in Washington.

It is urgent that you make it absolutely clear to Senators Burr & Tillis that not only is this not “equality,” but it’s downright dangerous.

The language found in the bill is so egregious it expressly prohibits exemptions on the grounds of conscience or religious beliefs. Christians charged with violating the Equality Act, will not be allowed to raise the defense that their religious beliefs prohibit the conduct or speech that is demanded of them.

Click here to take a minute to contact your U.S. senators and ask them to reject the “Equality Act.” 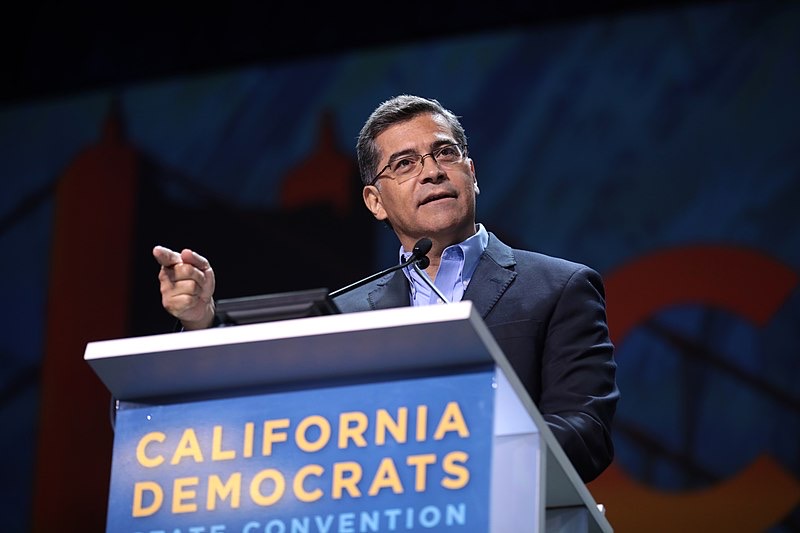 "Over 60 pro-life advocates sent a letter to ranking members of the U.S. Senate HELP and Finance Committees urging them to reject Becerra, calling him an ‘enemy to every pro-life policy and law’ who ‘has demonstrated complete disregard for the religious and moral convictions of those opposed to the brutal act of abortion.’"

The NC Values Coalition was among the 60 signatures. To read the letter click here. 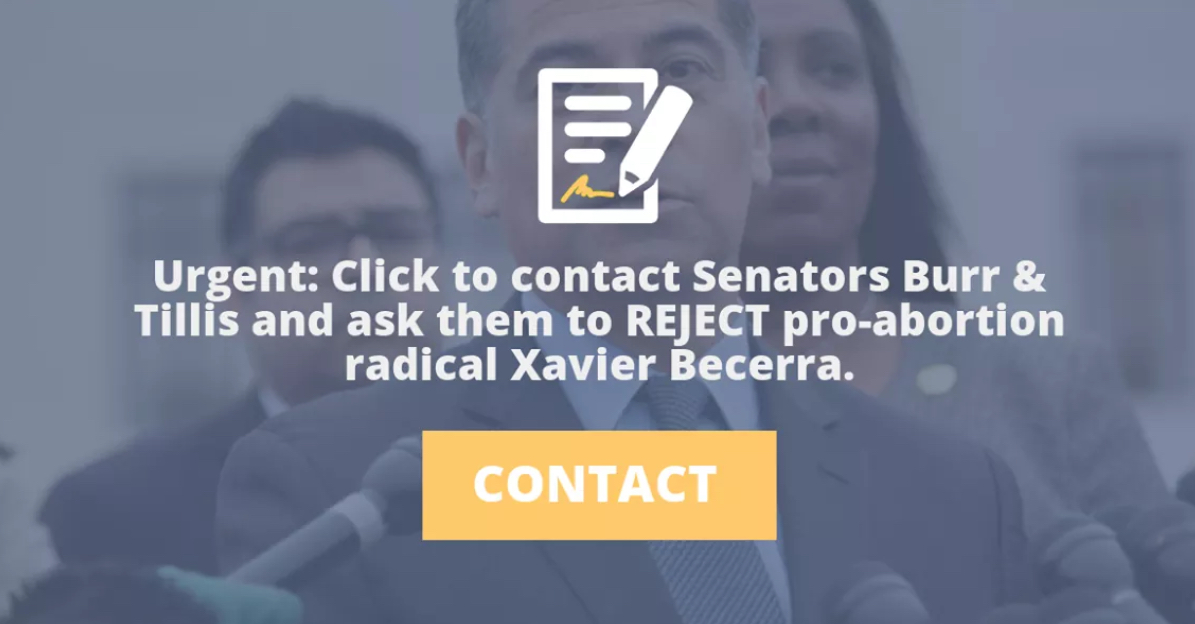 The most pro-abortion administration has nominated radical California Attorney General Xavier Becerra to serve as the next Secretary of Health and Human Services. Becerra's track record of targeting pro-life journalists, suing pro-life pregnancy centers, and fighting the prior administration's pro-life policies are just the tip of the iceberg of Mr. Becerra's long career of attacks on life.

As pro-life Americans, we need to let Senator Burr and Senator Tillis know that we OPPOSE this nomination.

Could you take a minute to use this page's tool to CONTACT Senators Burr and Tillis and ask them to REJECT Xavier Becerra's nomination? 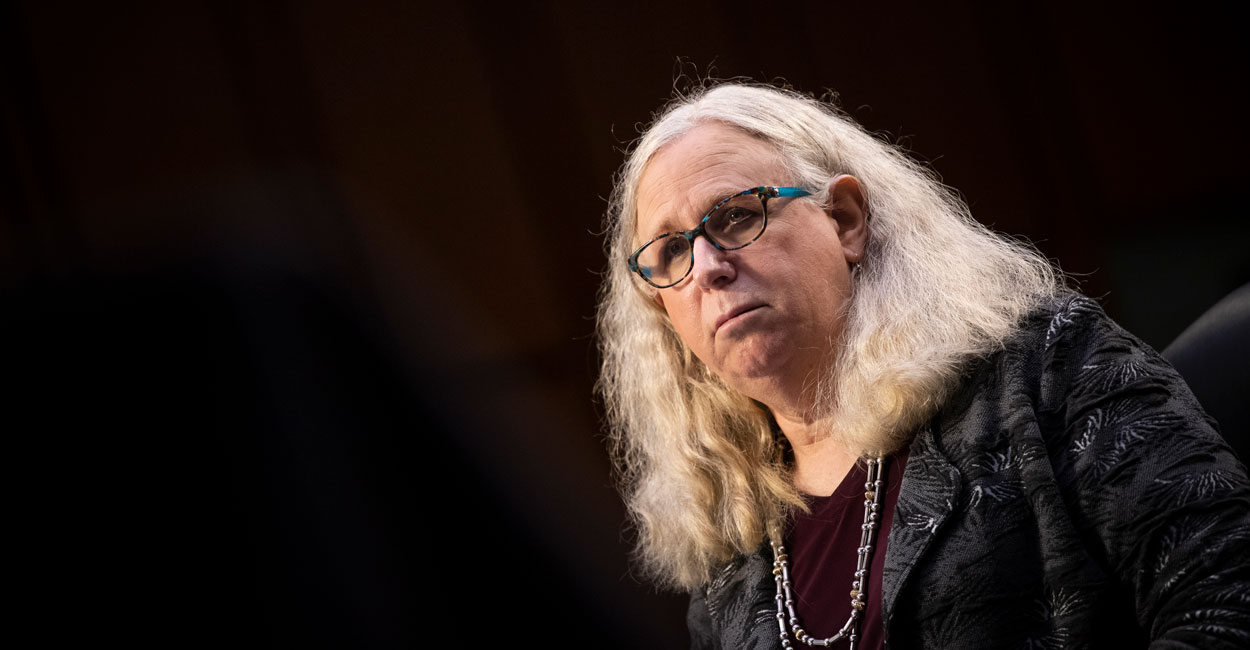 “The left will stop at nothing to impose destructive gender ideology on our nation. So far, President Joe Biden has issued a radical transgender executive order and the Democrat-controlled House just passed the Equality Act—the goal of which is to establish transgender ideology as the new orthodoxy of our day.

Levine’s qualifications have already been questioned. But on Thursday, Levine’s real lack of qualifications was exposed by a question from Sen. Rand Paul, R-Ky., during Levine’s hearing.”