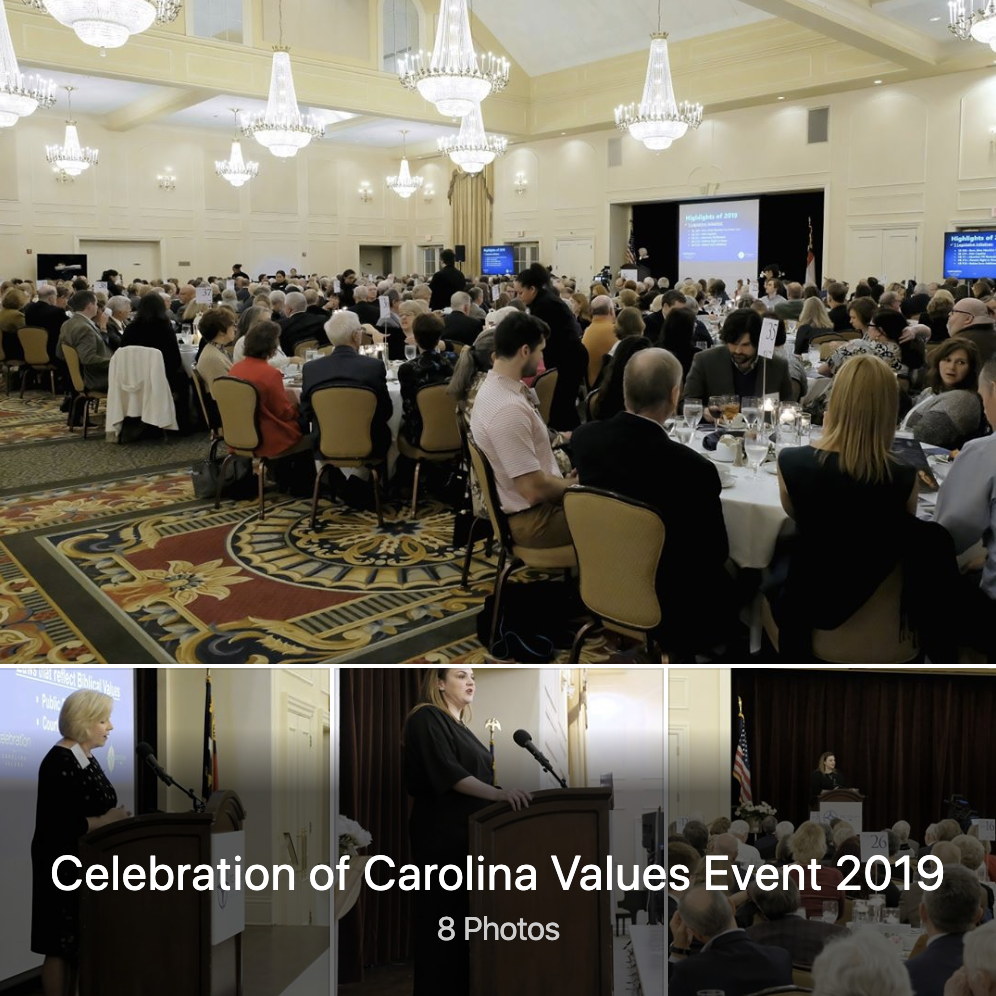 Thank you so much for attending NC Values Coalition's very first Celebration of Carolina Values event on Monday night! (see photos below)

Some highlights of the evening:

Our next Celebration of Carolina Values will be OCTOBER 6, 2020. Put it on your calendar, and start thinking of who you can invite to fill your table(s). Our keynote speaker, Gianna Jessen, an actual abortion survivor, is as bold and courageous as Abby. You’ll love her.

Just in case you weren’t able to donate on Monday night, it’s not too late. 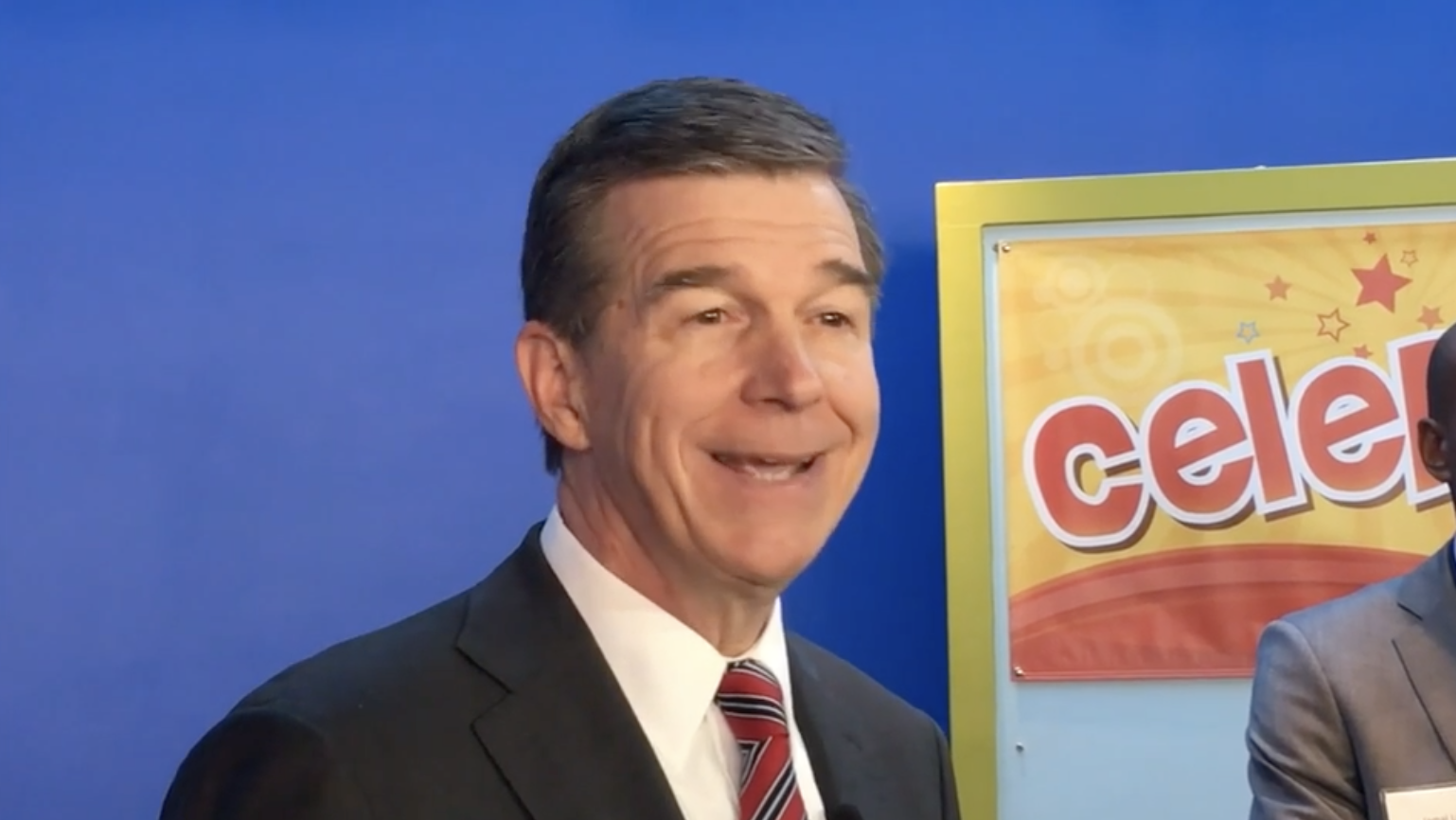 "North Carolina Gov. Roy Cooper told a conference of entrepreneurs and economic developers Tuesday that his veto can keep the state’s economy safe from unnecessary pitfalls.

Citing the effects that House Bill 2, the “bathroom bill,” had on the state’s economy, Cooper said the state needs to avoid “divisive social issues” that turn away talented workers and potential businesses."

"In an interview after his speech with reporters, the governor said the state’s entrepreneurial economy is “poised to take off” without political controversies, highlighting his veto of an abortion-related bill earlier this year.

“That kind of social, right-wing legislation is not good for business in North Carolina and most business people will tell you that,” he said. “…I think it’s important now that we’ve cleaned a lot of that up and are able to go forward and send a strong message that North Carolina values diversity, and that we’re open for business.”" 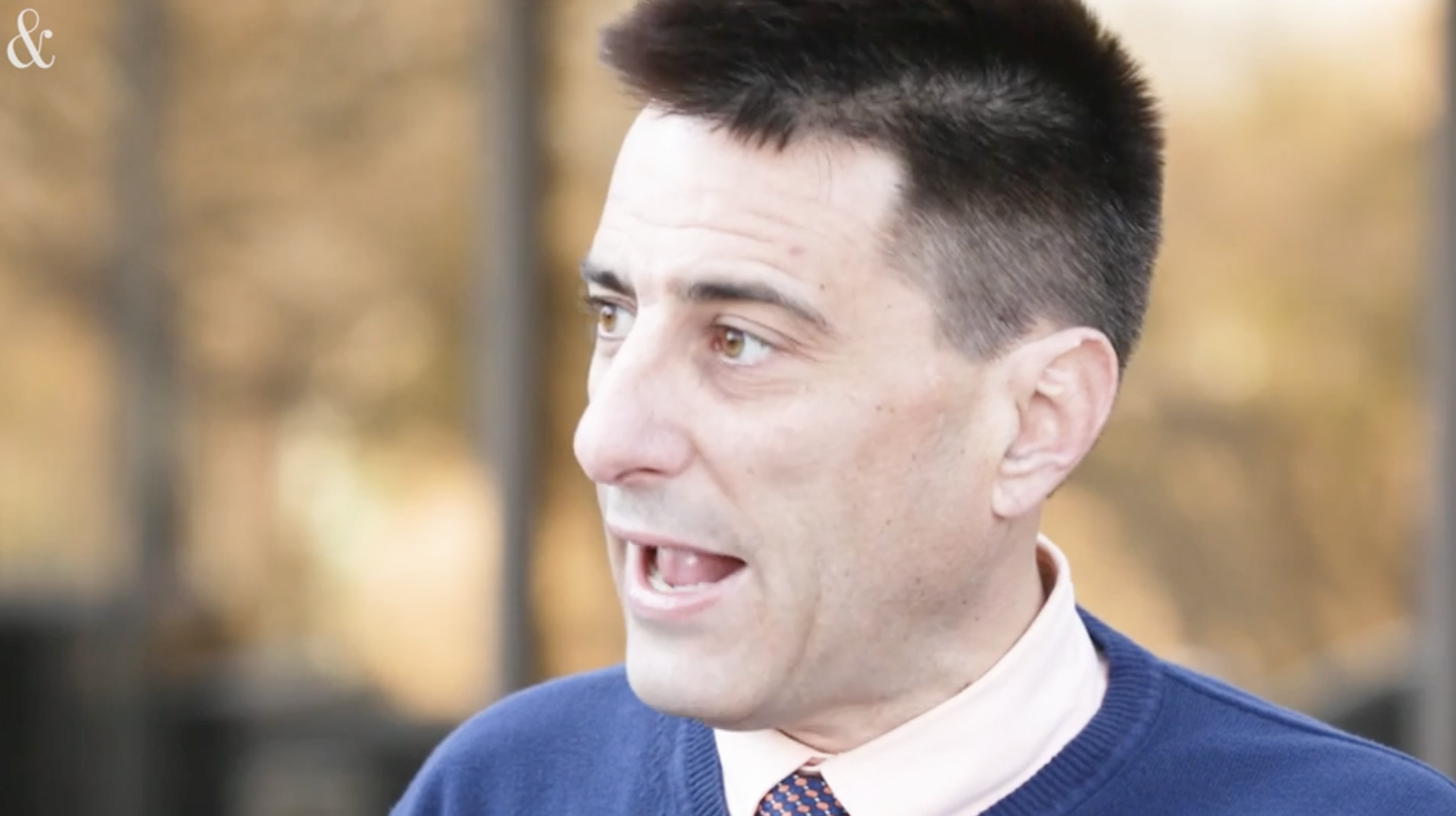 "An independent investigation started by Republican General Assembly leaders into the state’s approvals for the Atlantic Coast Pipeline found that Democratic Gov. Roy Cooper “improperly used the authority and influence of his office” but did not personally benefit from those decisions.

The report was released Wednesday, almost two years after GOP leaders first questioned the governor’s office about the appearance of a “pay-to-play” or “pay-for-permit” after the Cooper administration approved a permit for the pipeline in 2018. Cooper’s administration at that time also announced the pipeline companies would provide $57.8 million to a fund under the governor’s control to be used for environmental mitigation, economic development and renewable energy in areas affected by the pipeline." 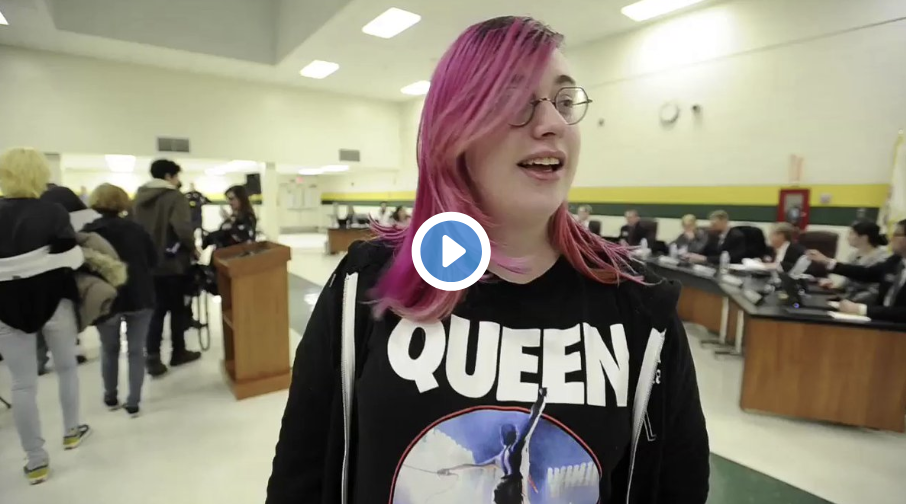 "Take a minute & watch this: A teenage girl fighting tears because her school board ruled that bathrooms are open to anyone who identifies as a girl. She is terrified that a boy will see her naked, & her privacy concerns are dismissed. She is collateral damage for trans activists." 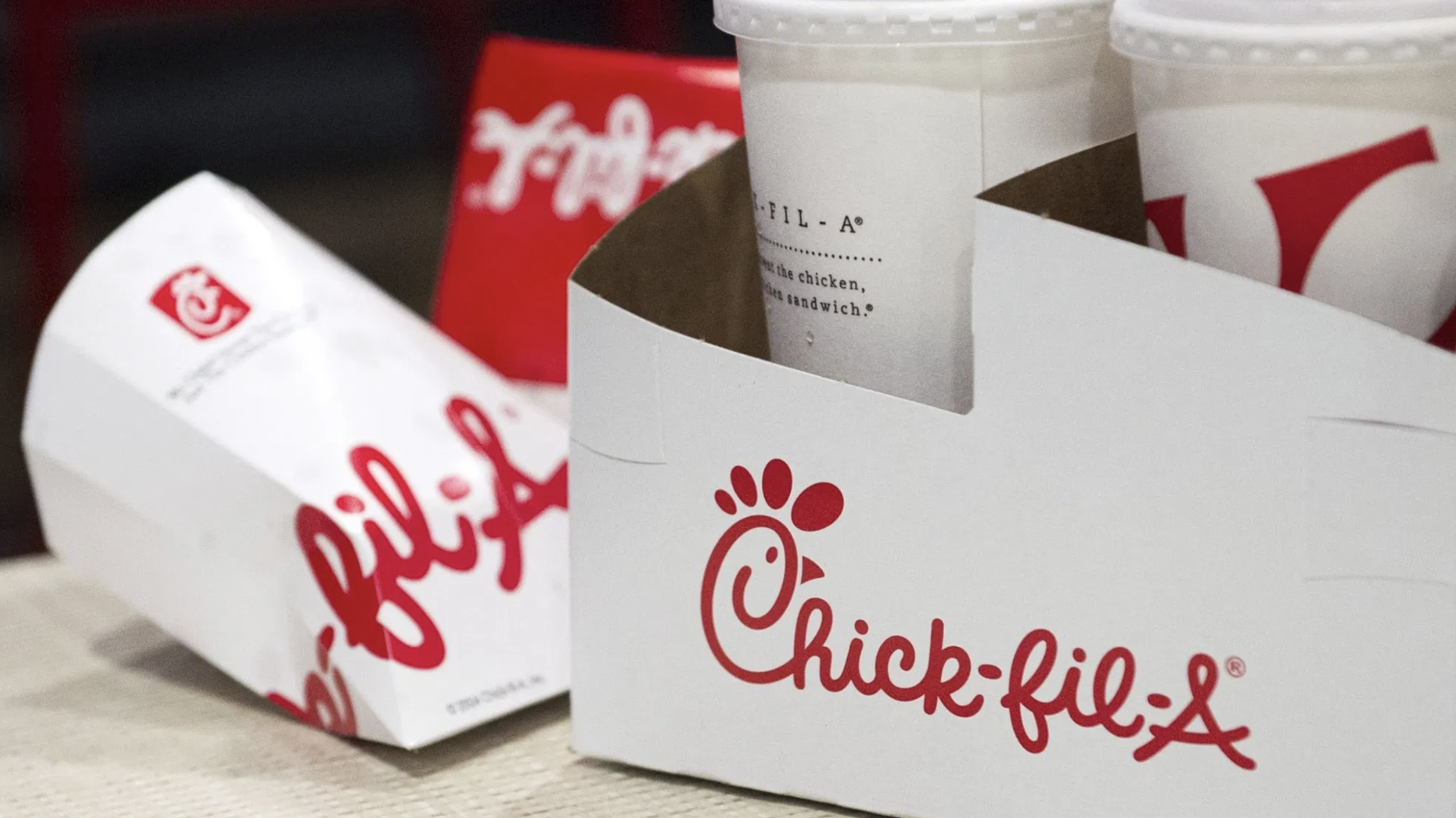 "Chick-fil-A said Monday that it has stopped donations to several Christian organizations after receiving backlash from LGBT rights activists over the last several weeks.

The U.S. fast food chain said that as it expands, it will no longer donate to the Salvation Army, the Paul Anderson Youth Home, and the Fellowship of Christian Athletes, which opposes same-sex marriage. The company’s charity, the Chick-fil-A Foundation, has donated millions of dollars to the two organizations.

“We made multi-year commitments to both organizations and we fulfilled those obligations in 2018,” a representative for Chick-fil-A said, saying the chain will now focus its charitable donations on “education, homelessness and hunger.”

The franchise, famous for closing on Sunday, plans to donate a total of close to $9 million to charity, including a $25,000 to a local food bank for each new restaurant the company opens."

LORD, we pray over the affairs of our country. You instructed us to pray for our elected and public officials, and so we raise our hands before you in public petition. We pray in particular over North Carolina's Supreme Court. LORD, we pray protection and wisdom over them. Our court is currently stacked 6-1 by liberal activists who are hostile to your agenda of truth. LORD, stop them from making unjust decisions that change society and push social experiments. May their judgments match your justice. May more justices like Justice Newbie be appointed to the Court. LORD, grant them wisdom as they evaluate a number of cases that will have a major impacts on our state.