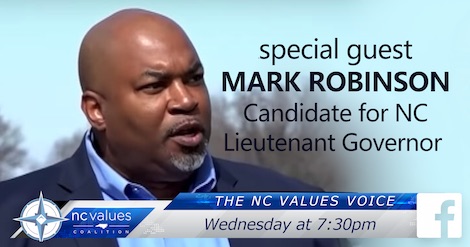 Earlier this week we had another episode of “The NC Values Voice”, a weekly 30-minute interview by Executive Director, Tami Fitzgerald, with a special guest. The NC Values Voice aired on Facebook Live and www.ncvalues.org/voice on Wednesday night at 7:30pm. Our goal with these programs is to inform and motivate our statewide coalition members with current, relevant information.
This week’s episode of The Voice featured an interview we did with Mark Robinson, conservative candidate for NC Lt. Governor, in his home. I hope you’ll watch for yourself how conservative Mark Robinson is.

Watch live and past episodes at: www.ncvalues.org/voice

You can also learn more about Mark and his background at https://www.ncvalues.org/nc_values_voice_live_with_mark_robinson 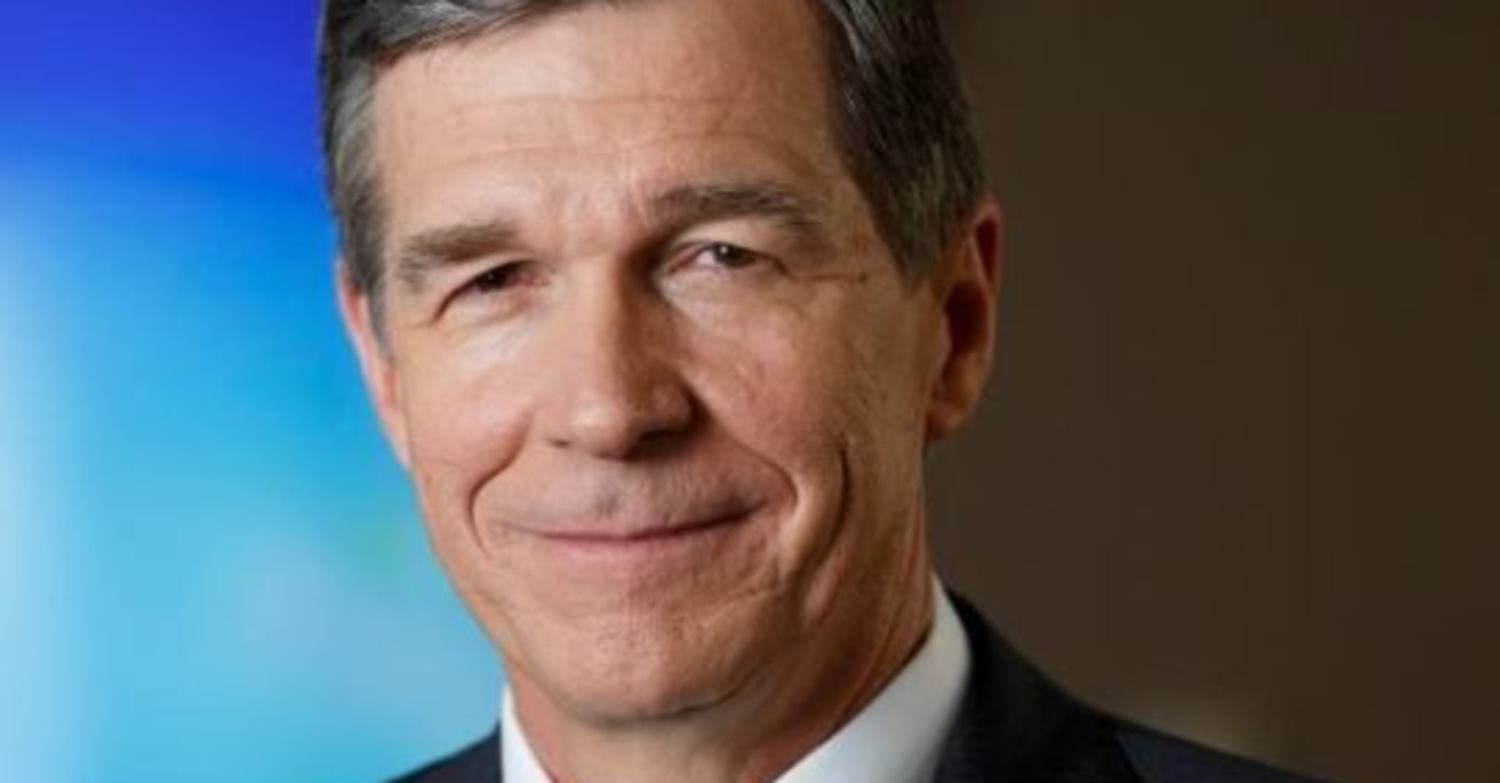 "Of the 50 states and District of Columbia, only Pennsylvania and California are currently more restrictive than North Carolina under the executive orders of Gov. Roy Cooper according to a study by WalletHub.

The North Carolina legislature passed several bills in an effort to ease the restrictions and get people back to work, such as a bill to allow gyms and fitness centers to open, but Cooper vetoed all of them." 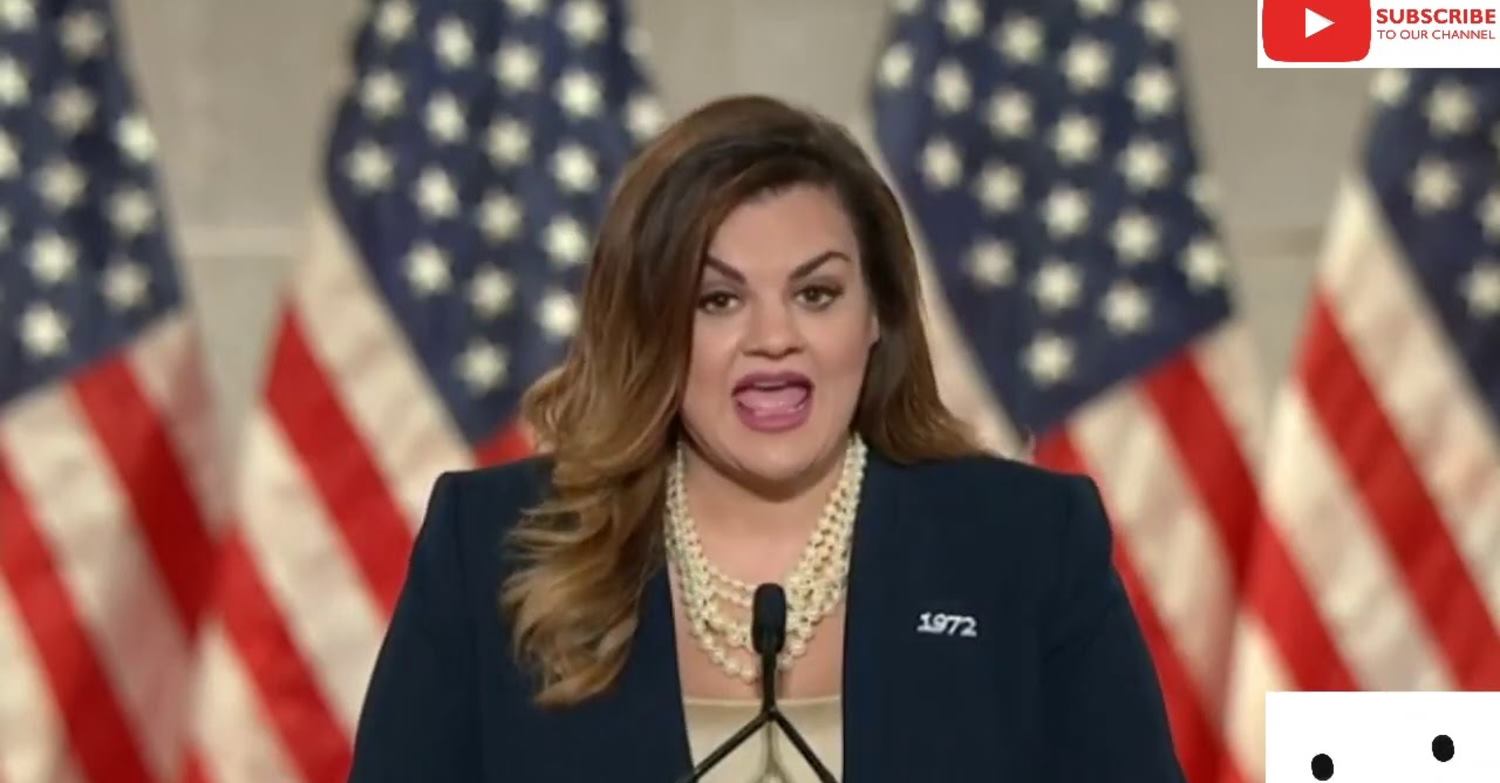 The official business of the 2020 Republican National Convention, including the formal nomination of President Donald J. Trump, started in Charlotte, North Carolina on August 24, 2020. This vital party business is the primary purpose of any national convention.

Click here to watch her space, and visit 2020gopconvention.com to learn more about the event. 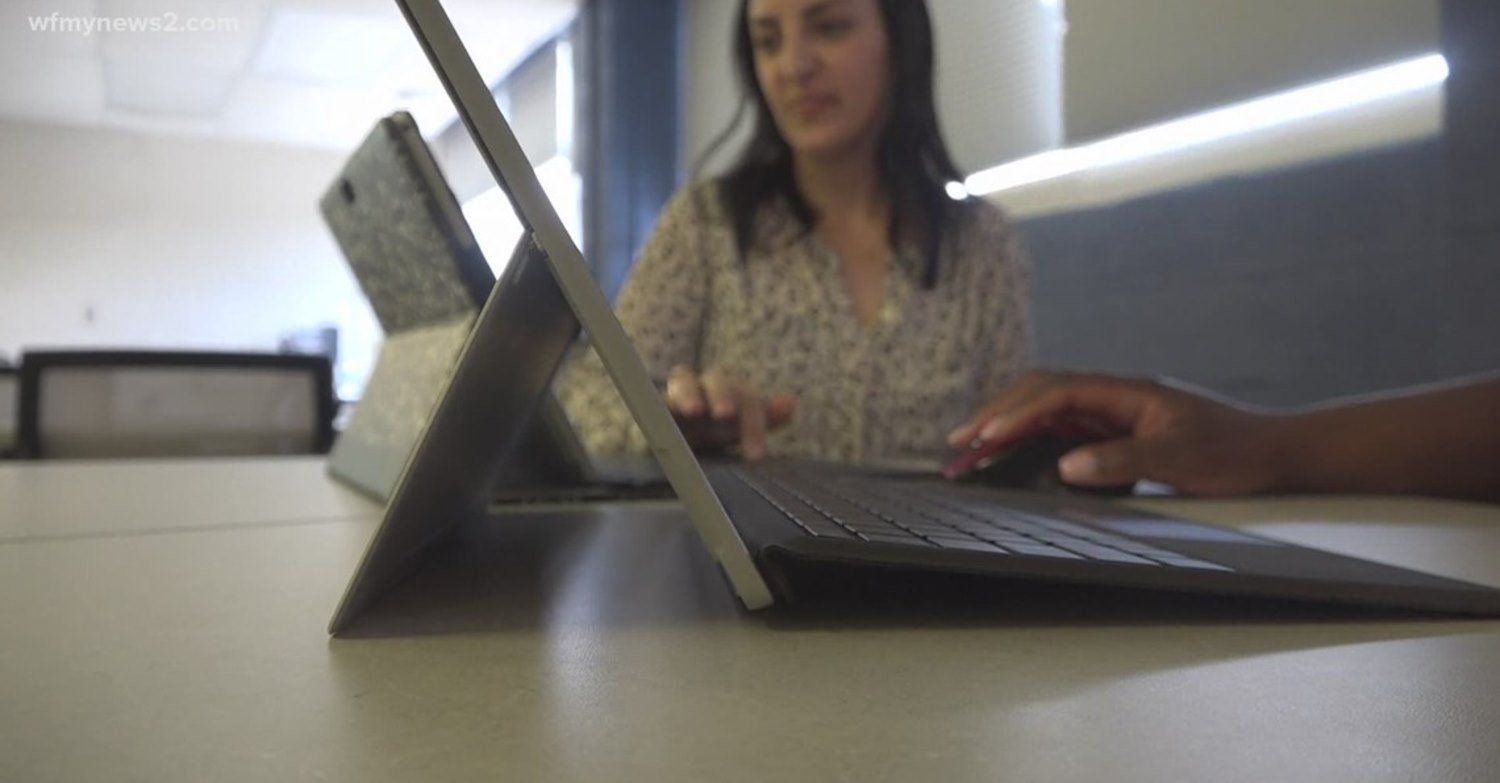 "The school district has ordered nearly 80,000 devices but it could take four months to get the laptops. The district started distributing more than 30,000 devices that are currently in stock but that’s only half the number of students who need devices. That’s also only one device per household. However, parents can still put in requests for additional devices, which will be provided if available. The school district said it ordered exactly 78,873 devices for teachers, teaching assistants, and students on July 31." 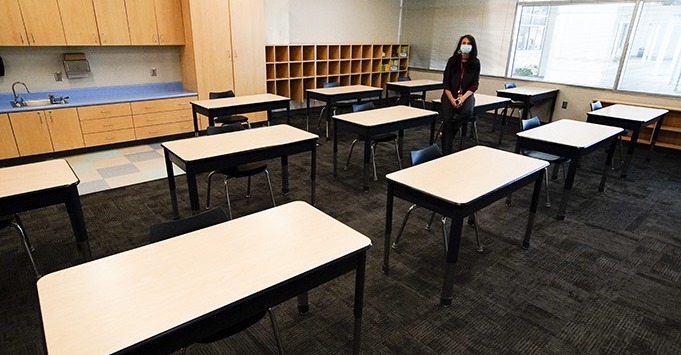 "A Baltimore County family is warning other parents after they say police were called to their house over something that happened during a virtual school lesson. The incident is raising concerns over privacy and safety in the era of online learning.

As a Navy veteran with four years of active duty, Courtney Lancaster has extensive knowledge of guns, how to use them and how to store them. . . .

'So, I answered the door. The police officer was, he was very nice. He explained to me that he was coming to address an issue with my son's school,' Courtney told Project Baltimore. 'And then explained to me that he was here to search for weapons, in my home. And I consented to let him in. And then I, unfortunately, stood there and watched police officers enter my 11-year-old son's bedroom.'"

LORD, you have instructed us to pray for our governing officials, and we come to you in the spirit of this petition. We pray for our national government and its executive, legislative, and judicial servants. May they indeed be servants unto the people, and govern in a manner that protects liberty and virtue. In the same spirit, we pay for public servants across our state and local governments. May they all heed your mandate in Romans 13:4 to be in positions of authority as "God's servant" and for the "good" of the public. They govern in what we confess are difficult times. Between the COVID-19 pandemic, the civic unrest, the hostile political climate, and the opposition of international opponents such as China, they are much in need of your incalculable wisdom. May they plead with you to give it to them, and may your grace respond in kind.