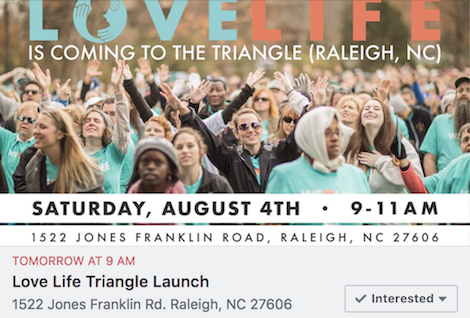 1. RALEIGH PRO-LIFE EVENT: 👣 Calling all Triangle area PRO-LIFERS! Will you help us stop abortion in our community with the power of prayer?

Join your fellow pro-lifers and pastors in Raleigh on Saturday, August 4th, @ 9am, for the launch of an incredible and powerful pro-life ministry called Love Life. After success in Charlotte, Love Life is launching in the Triangle to unite and mobilize the Church to create a culture of Love and Life that will bring an end to abortion and the orphan crisis. Every Saturday during their 40 Week Journey of Hope, hundreds of believers from partner churches and the community prayer walk outside of the busiest abortion center in the Triangle. After the launch, there will be a Prayer Walk every Saturday @ 9am through November 17th.

2. NEWS & OBSERVER: Superintendent’s reorganization shakes up the agency that oversees NC public schools
"State Schools Superintendent Mark Johnson is using his newly granted powers to reorganize the state education agency that works with North Carolina’s 1.5 million public school students.  Johnson announced Tuesday that he’s creating new deputy superintendent positions to oversee the reorganized divisions of the state Department of Public Instruction. The restructuring comes after the state Supreme Court upheld in June a 2016 state law transferring some of the powers of the State Board of Education to Johnson.”Let’s hope and pray that Superintendent Johnson will stop the advancement of inappropriate and offensive sex ed and anti-bullying programs being pushed on local school districts, so that parents are given control of what their children are learning about sensitive topics like sex and gender.

Session states, "In short, we have not only the freedom to worship — but the right to exercise our faith. The Constitution's protections don't end at the parish parking lot nor can our freedoms be confined to our basements.” 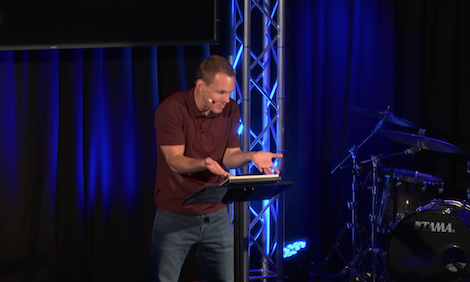 "Imagine your surprise, then, when you discover that you are being sued for your decision. And imagine your further surprise when you learn that the government on which you were leaning for this “free exercise” of religion tells you that the law requires you to compromise your conviction in such a circumstance.This is no imaginary scenario for Elaine Huguenin, co-owner of Elane Photography in Albuquerque, New Mexico. When Vanessa Willock asked Huguenin to photograph her commitment ceremony with another woman, Huguenin politely said that she does not photograph such ceremonies. Willock, despite finding another, cheaper photographer for her ceremony, filed a complaint with the New Mexico Civil Rights Commission, claiming that Elane Photography was guilty of discrimination. The court ruled in Willock’s favor, and Elane Photography was ordered to pay a large penaltyThis case became all the more concerning when it eventually went before the New Mexico Supreme Court, which upheld the ruling against Elane Photography. In a unanimous verdict, the justices ruled that “when Elane Photography refused to photograph a same-sex commitment ceremony, it violated the NMHRA [New Mexico Human Rights Acts] in the same way as if it had refused to photograph a wedding between people of different races.” Beyond the fundamental flaw that we have already noted in equating ethnic identity with sexual activity, the stated reasoning behind this ruling was frightening, to say the least."

5. NATIONAL REVIEW: Why Christians can’t compromise on conscience
“An attack on the faith is an attack on the virtue of the faithful, "which a health society would cherish. Last week FiveThirtyEight—an influential website known primarily for its sober-minded statistical analysis—published a remarkable attack on Catholic hospitals. It purported to expose how many American communities are dependent on Catholic care and how “bishops” shape their health-care choices. . . . Today, it published a second piece taking aim at Catholic care, this time decrying the fact that insurers often send patients to Catholic health-care providers without providing sufficient warnings about restrictions on contraception. The pieces, taken together, paint a fascinating picture of an all-too-common progressive attitude toward Christian service. It’s an attitude I’ve seen time and again in health care, in youth programs, on campus, and everywhere else Christian institutions work with and serve the general public."

LORD, we also bring these specific prayer requests to you, and pray that your Spirit may empower and protect our labor: LORD, we pray for our work championing life in North Carolina. In particular, we pray for the ministry Love Life. We pray that they may have a successful Raleigh launch event tomorrow. Bring them fair weather. Embolden and purify their witness with the love of the Spirit. Bless any contacts they may have with the women contemplating abortion, and help their testimony be one that draws these women to choose life. Finally, bless their efforts between these events, by enabling them to do everything humanly possibly to help support these women in the raising of their young.