Friday Five: March for life, sitting for the pledge, and more 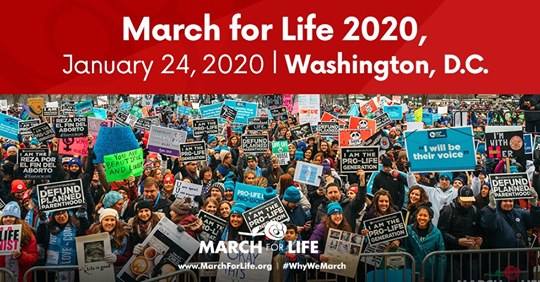 On January 22, 1973, the Supreme Court issued a 7–2 decision in the case of Roe vs. Wade that held that women in the United States have a fundamental right to have abortions, and struck down Texas's abortion ban as unconstitutional. Ever since, people who believe that human life is sacred and deserves to be protected from being extinguished even in the womb have been commemorating that tragic decision and fighting to end abortion.

In the upcoming days we have the opportunity to support several pro-life events in North Carolina and surrounding areas to show our support for life and unborn babies! 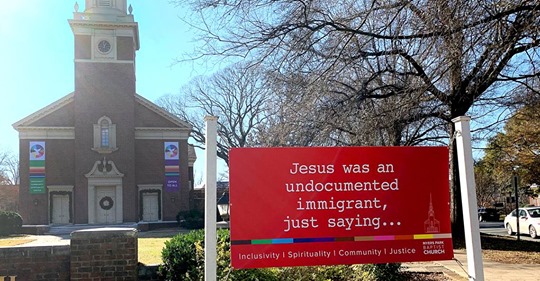 A Charlotte church is “rebranding” itself to presumably increase its membership by choosing LGBT, immigration, and other Social Justice issues as its primary purpose, instead of the Word of God and discipleship.

Starting in December, Myers Park began displaying two banners outside the church, one with the aforementioned bold statement about Jesus and another addressing environmental justice." 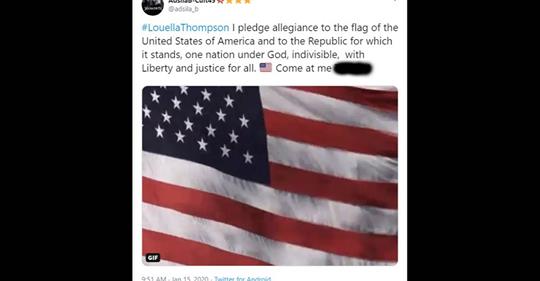 3. CHARLOTTE OBSERVER: County board in NC won’t say Pledge of Allegiance and will arrest protesters who do

"A county board of elections in eastern North Carolina is facing growing criticism for rebuking requests to add the Pledge of Allegiance to its agendas — and for threatening to arrest people who stand and recite it at board meetings."

Our sister organization, the Institute for Faith & Freedom, filed an Amicus Brief in the US Supreme Court over Christmas that supports Louisiana’s law requiring abortion doctors to have hospital admitting privileges. The US Supreme Court is due to rule on this important pro-life case sometime this spring. North Carolina abortion regulations require abortionists to have hospital admitting privileges, but the regulation is deemed satisfied if the abortionist just “makes an attempt” even if it’s unsuccessful. That’s like having no regulation at all to protect women from unsafe doctors.

"Abortion is a medical procedure with a constitutional overlay. This dual status has plagued courts and legislatures for over four decades. When courts emphasize the constitutional aspect and minimize health concerns, public health is at risk. The Court becomes an “ex officio medical board” that invalidates commonsense health regulations—if legislatures even dare to enact them in the first place—and states may neglect their enforcement obligations, resulting in poor quality health care for women. Abortion is the only medical procedure that compels states to fight an uphill battle to enact reasonable health and safety regulations. It is the only medical procedure where regulation requires more than rational basis. And it is only in the abortion context that this Court’s standards for third party standing and facial challenges are suspended." 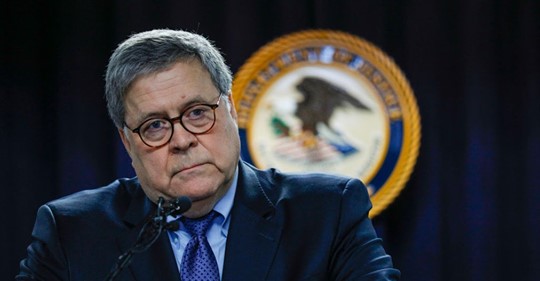 "The Daily Wire has procured an exclusive copy of a letter that is being sent today to Attorney General William Barr from Robert P. George, the iconic McCormick Professor of Jurisprudence and Director of the James Madison Program in American Ideals and Institutions at Princeton University. George, who has taught at Princeton since 1985 and has mentored countless influential conservatives such as Sen. Ted Cruz (R-TX), has been described by The New York Times as “this country’s most influential conservative Christian thinker.” He is a longtime social conservative luminary who has consistently taken a leading role in the fight against the pernicious dissemination and proliferation of pornography. The American Principles Project, a conservative think tank George helped found, has also taken a leading role in this battle.

“I am writing to request clarification regarding current DOJ policy for the enforcement of existing obscenity laws — specifically 18 U.S.C. § 1460–1470 — and to inquire whether DOJ considers these statutes applicable to online pornography,” the letter begins."

LORD, we pray over the affairs of our country. You instructed us to pray for our elected and public officials, and so we raise our hands before you in public petition. We pray in particular over North Carolina's Supreme Court. LORD, we pray protection and wisdom over them. Our court is currently stacked 6-1 by liberal activists who are hostile to your agenda of truth. LORD, stop them from making unjust decisions that change society and push social experiments. May their judgments match your justice. May more justices like Justice Paul Newby be elected to the Court this year. LORD, grant them wisdom as they evaluate a number of cases that will have major impacts on our state.