Would you consider making a donation today to help us meet our end of the month goals? We would be very grateful if you could make a donation of $100, $50, $25, or $10 today towards our work producing these Friday Fives and fighting for you values on the public square! 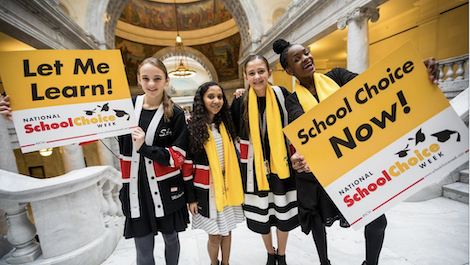 This week is National School Choice Week 2019. We encourage all schools, homeschool groups, organizations, and individuals to join us in one of the record-breaking 1,334 events and activities across the state that celebrates school choice. For resources and nearby events, visit: https://schoolchoiceweek.com/states/north-carolina/

According to a poll released this week by NC Civitas, respondents stated that 70% of voters in North Carolina believe parents, should choose where their child attends school. While 76% of their children are in public school, 67% would have chosen non-public schools. Click here to read more about the poll, or click here to learn more about school choice options.

"New York Gov. Andrew Cuomo wasted no time signing a radical pro-abortion bill into law Tuesday. Just hours after the state Senate and Assembly passed it, Cuomo signed the bill, legalizing abortion for basically any reason up to birth in New York state, Rochester City Newspaper reports. The pro-abortion governor gave Sarah Weddington, the attorney in the Roe v. Wade case, a special seat next to him Tuesday evening, as abortion activists around them cheered, the AP reports."

As Matt Walsh notes, in New York you can't give a lethal injection to murderers, but you can give one to an unborn baby. 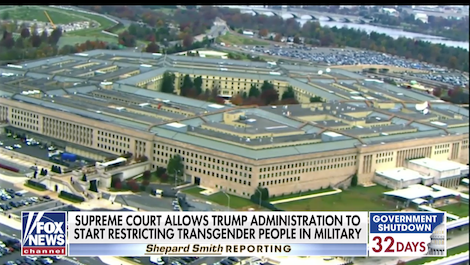 "The U.S. Supreme Court on Tuesday allowed the Pentagon to restrict military service for transgender individuals while the Trump administration’s policy is litigated in the lower courts.

The ruling reversed the orders implemented by lower courts, which had prevented the Pentagon from proceeding with the plan.'"

4. THE CHARLOTTE OBSERVER: At the March for Life, a reprehensible rush to judgment

"Cracker, racist, ignorant, sodomites — these were some of the obscenities adults used to bully the Covington Catholic High School teenagers attending the March for Life rally in Washington last week.

Their iconic red MAGA hats triggered a now-too-familiar exercise of political profiling that fueled a viral wave of prejudice and hate to weaponize the left’s narrative and disdain for President Trump. The wildly misleading video supposedly catching racist students taunting a Native American was too much for the media to ignore. Still recoiling from Robert Mueller’s rebuke of a fake BuzzFeed story the day before, MSNBC, CNN and other major media outlets failed to check the facts and committed journalist malpractice. The New York Times ran “Boys in Make America Great Again hats Mob Native American at Indigenous People March” as its headline and the angry left, in their rush to judgment, spread it to paint Trump and his “deplorables” as morally bankrupt, all while the story wasn’t true."

A judge on Tuesday denied Republican Mark Harris' effort to be declared the winner of the 9th Congressional District election, saying the incoming State Board of Elections doesn't have to certify the results of the election until an investigation into alleged absentee ballot fraud is completed.

Superior Court Judge Paul Ridgeway denied Harris' motion for a writ of mandamus, which would amount to a court order forcing the elections board to certify the results.

LORD, we pray over the affairs of our country. You instructed us to pray for our elected officials, and so we raise our hands before you in public petition. We pray for all our public officials, and in particular we pray for what is going on with the Board of Elections in the 9th congressional district. We pray that they may come to a clear decision, and that the election results may be certified.