1. The 4th Circuit Court rules that NC needs to have a special election in 2017 for 28 state House and Senate districts.

On Tuesday night Judge Wynne—a 4th Circuit federal judge appointed by Obama—ruled that the NC legislature must redistrict by March 15 and hold primary and general elections again in November.

Check out who was behind it, and what you can do to help: http://www.ncvalues.org/major_news_about_2017_threat

Radical intolerant activists have released their attack on Chip & Joanna Gaines and their HGTV show Fixer Upper. The Mainstream Media and militant LGBT activists are unleashing their fury over reports the Gaines family attends Antioch Community Church, a non-denominational megachurch that holds a Biblical-viewpoint on marriage and homosexually. (Read more)

3. Fashion designers who have designed dresses for past First Ladies are boycotting Melania Trump.

Designer Sophie Theallet stated: “As an independent fashion brand, we consider our voice an expression of our artistic and philosophical ideas. The Sophie Theallet brand stands against all discrimination and prejudice. Our runway shows, ad campaigns, and celebrity dressing have always been a celebration of diversity and a reflection of the world we live in.”

Meanwhile, florists and bakers are fined hundreds of thousands of dollars for adhering to deep-seated religious convictions. (Read more)

Earlier this year, NC Values' Tami Fitzgerald was on one of these liberal ESPN programs, where she was asked to defend HB2 against an ESPN transgender staff member after the NBA pulled its all-star game. That's the type of reporting that has led ESPN's subscribers to leave in droves.

This Saturday Love Life Charlotte is marking 40 weeks of prayer walks in Charlotte. Join over 4,000 people on December 3rd at 9:30am for a historic gathering to make this the greatest day of life our city has ever seen. One Hour of your time walking and praying can impact a life for eternity. Join us! 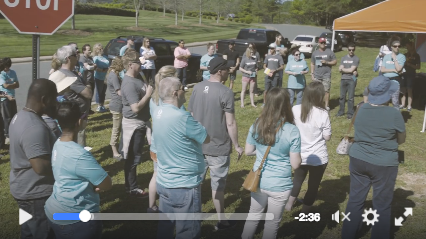