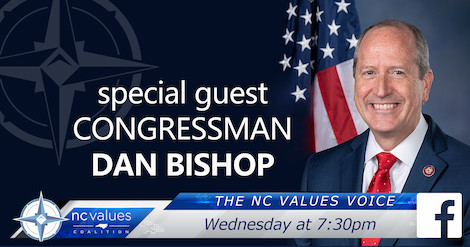 Earlier this week we had another episode of “The NC Values Voice”, a weekly 30-minute interview by Executive Director, Tami Fitzgerald, with a special guest. The NC Values Voice aired on Facebook Live and www.ncvalues.org/voice on Wednesday night at 7:30pm. Our goal with these programs is to inform and motivate our statewide coalition members with current, relevant information.
This week's program featured another interview with Congressman Dan Bishop, who continued last week's discussion about North Carolina's planned reopening and Governor Cooper's response. Dan also talked about his vote on Nancy Pelosi's Heroes Act, proposed mail-in voting in November, and proxy voting on the floor of the House.

We're also excited to announce that this week's episode of the voice was multi-streamed across 5 different platforms. You can now catch the voice streamed live on our website, on Facebook, on Twitter, on Youtube, and on Vimeo. 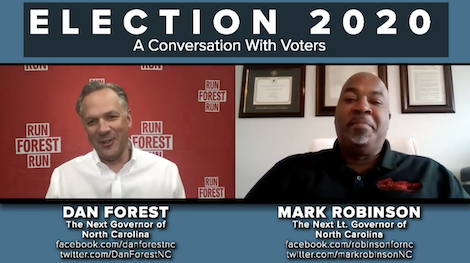 Earlier this week, candidate for Lt. Governor Mark Robinson joined candidate for governor Dan Forest for their first online chat. Check it out.

Lt. Governor Dan Forest has been a vocal critic of Governor Roy Cooper's handling of North Carolina's reopening strategy. For examples of the types of objections, check out this story from JD News about gyms filing a restraining order against Gov. Cooper mandates, and this statement from Dan Forest and Republican leaders pressing him to reopen NC gyms and breweries. 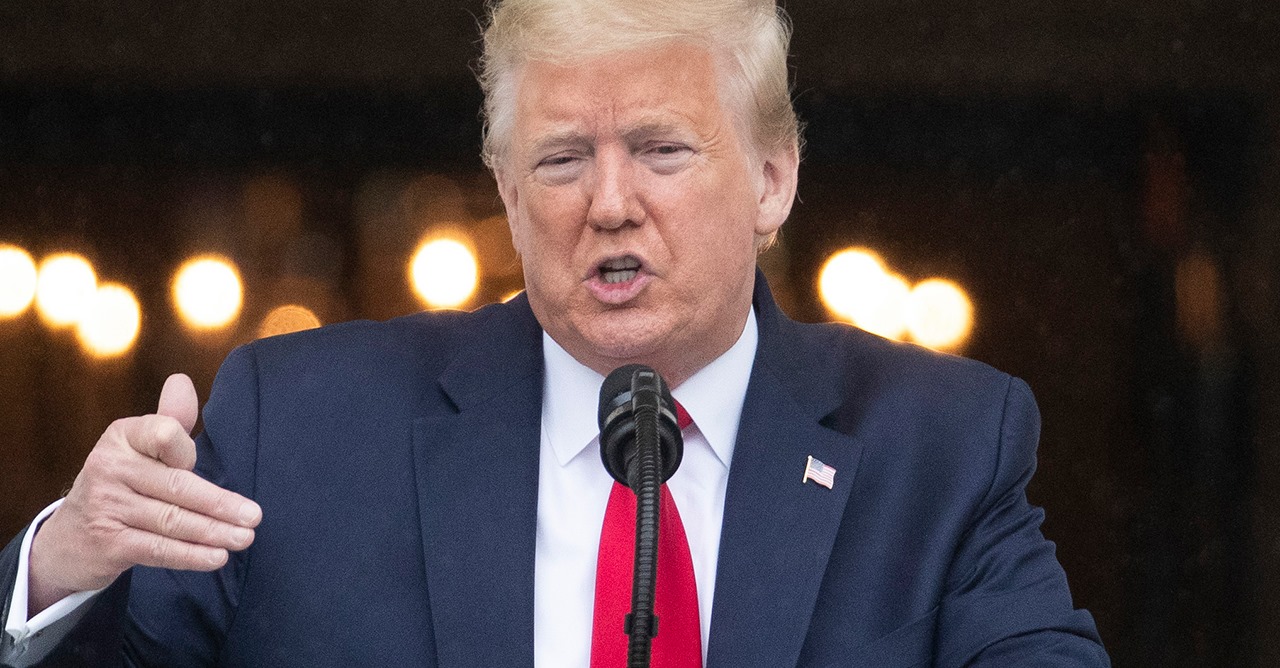 "President Trump warned Monday that planners would be "reluctantly forced" to find a new site for the Republican National Convention if North Carolina's governor can't guarantee the party will be allowed "full attendance" at the event currently planned in the state's largest city.
The convention has been planned for the week of Aug. 24 in Charlotte." 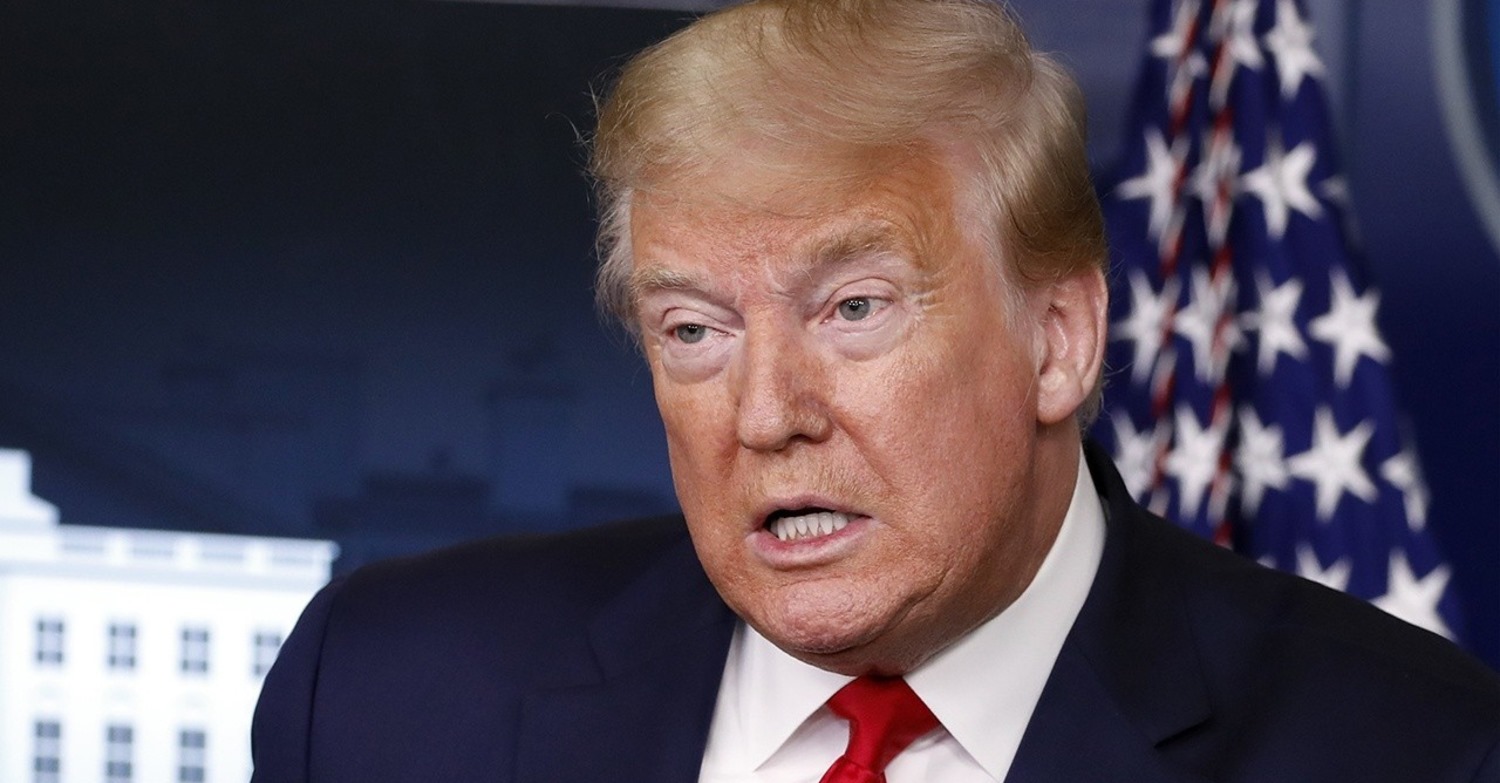 4. FOX NEWS: Trump announces that houses of worship are ‘essential’ calls on governors to open them up

"President Trump [last Friday] announced that new Centers for Disease Control guidance will classify houses of worship as “essential,” as he called on governors to allow them to open “right now” after being closed during the coronavirus lockdowns.

Trump announced the policy for churches, synagogues and mosques, during a short briefing at the White House." 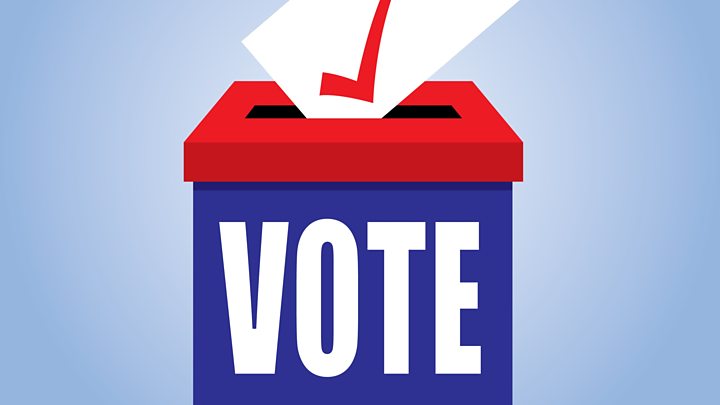 "North Carolina voters would have more options in requesting absentee ballots and officials would get funds to keep precincts cleaned and staffed, according to legislation advancing at the General Assembly to address COVID-19 challenges.

The measure that cleared two House committees on Wednesday prepares for November's high-stakes election to occur amid the pandemic.

Fewer than 5% of the 4.8 million votes in North Carolina during the 2016 general election were cast using traditional mail-in absentee ballots. But that portion is expected to spike this fall as many will want to avoid public places, especially if they are at higher risk of developing severe complications from the coronavirus.