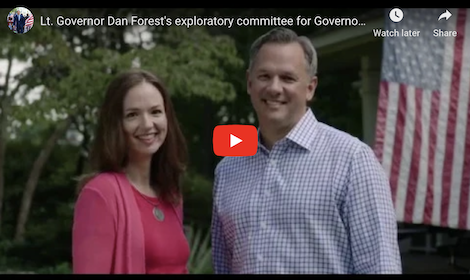 "Lt. Gov. Dan Forest announced on Monday the formation of an exploratory committee to run for governor, a major step for the Republican long expected to challenge incumbent Gov. Roy Cooper in 2020.

In a video released on YouTube, Forest proclaims, "North Carolina is our home. It's the greatest state in America. Let's show the world why that's true."

A native of Charlotte and a former architect, Forest was first elected as lieutenant governor in 2012 and won reelection in 2016; he cannot seek a third term." 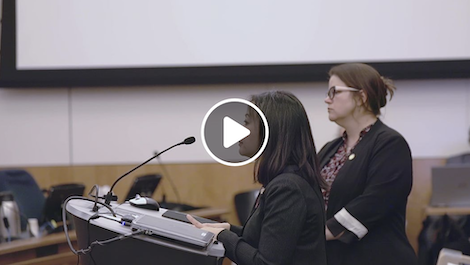 2. VIDEO: Heartbreaking legislation proposed in Virginia to allow the abortion of healthy babies minutes before they are born

"Todd Gilbert (R): Where it’s obvious a woman is about to give birth...would that be a point at which she could still request an abortion?

Kathy Tran (D): My bill would allow that, yes"

"During a radio interview on Wednesday morning, Virginia Gov. Ralph Northam (D) seemed to endorse killing an infant after it has already been delivered alive.

In the scenario described by Northam, a baby would be born alive and resuscitated if necessary, and then doctors and the mother could "have a discussion" which, based on context, would determine whether or not the child would be killed. While pro-life advocates view all abortion as infanticide, what Northam described would be infanticide by any definition."

"The investigation into North Carolina’s alleged election fraud moved closer to a possible February resolution when Gov. Roy Cooper Thursday named a new state elections board to oversee the probe of the last undecided congressional race in the nation.

The chairman of the new State Board of Elections said a vote could come next month on whether to certify the election of Republican Mark Harris or order a new election in the 9th Congressional District."

5. NEWS & OBSERVER: NC DMV makes it easier to change the gender on your driver's license or ID card

"The state Division of Motor Vehicles is making it easier for people to change the gender on their driver’s license or state-issued ID card.

The DMV has begun using a new 'sex designation form' that includes a section where a licensed health care or social services worker can attest to the applicant’s gender identity."

This change could lead to legally allowing someone claiming to be a woman but who has male anatomy into women’s bathrooms, showers, and private places.  And their driver’s license will reflect the feelings of that person, not the facts, risking exposure and a lack of privacy.

Lord help us, as those who value life of unborn babies, to stop any efforts in North Carolina to legalize late-term abortions like New York has done. Help us to follow your guidance in being bold witnesses to your beautiful creation of babies.