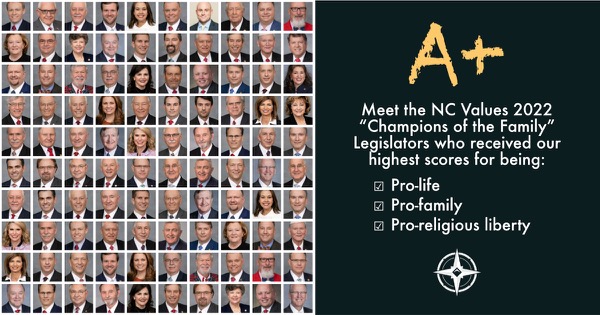 This week we were excited to share with you the first of several helpful voter tools that we're releasing during our countdown to the 2022 elections: our 2022 "Champions of the Family" Legislative Scorecard.

Since 2011, NC Values has published an annual Legislative Scorecard to help voters like you determine how your NC General Assembly Members voted on pro-life, pro-family, and pro-religious liberty legislation.

Want to know how your legislators did? Visit ncvalues.org/scorecard. 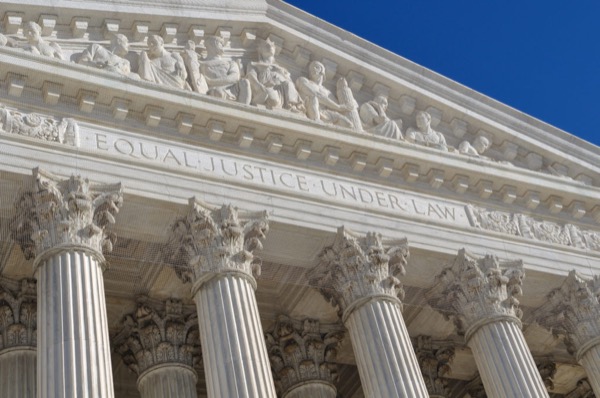 ICYMI: "Each of the plaintiffs in North Carolina’s legal dispute over election maps is asking the U.S. Supreme Court to stay out of the fight. So is the N.C. Justice Department.

But Republican state legislative leaders are also seeing support for their plea to the nation’s highest court. Lawmakers want the Supreme Court to block a map drawn by a state court for this year’s N.C. congressional elections.

U.S. Chief Justice John Roberts is considering GOP lawmakers’ request for an emergency stay. That action from Roberts and his colleagues would scuttle the court-drawn congressional map. Roberts set 5 p.m. Wednesday as the deadline for responses to lawmakers’ request."

As North State Journal notes, "The combination of retirements and new court-drawn interim congressional map could send as many as four new Democrats from North Carolina to Congress. The announced retirements of U.S. Reps. G.K. Butterfield and David Price had already opened two seats held for decades by the two Democrats. The new court-drawn map also creates a New Democratic district in eastern Mecklenburg County and a tossup district containing the fast-growing areas of southern Wake County and all of Johnston County." 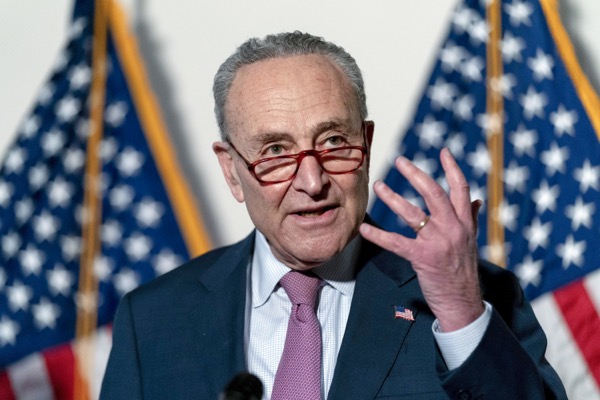 "The Senate on Monday blocked consideration of a bill to protect the right to abortion nationwide, an election-year measure pushed by Democrats as the Supreme Court decides the fate of the landmark decision guaranteeing access to abortion. Republicans and Sen. Joe Manchin III voted against moving ahead on the legislation. The Senate fell 14 votes short of the 60 necessary to begin debate on a vote of 46-to-48." 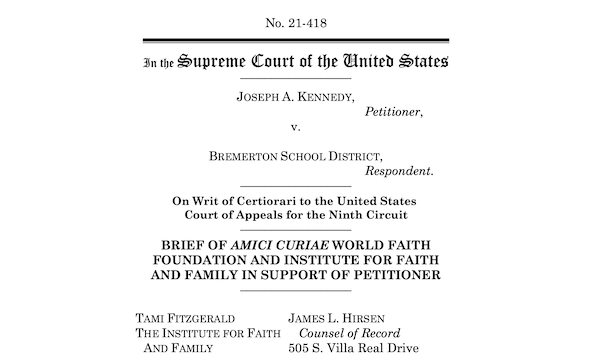 "The complex intersection of public and private speech is nowhere more evident than in public education—the 'marketplace of ideas'—where young minds are exposed to a wide range of subjects. The government is responsible for a considerable amount of speech, but the individuals involved in the system, including teachers, are also private citizens who enjoy First Amendment rights. In preparing young minds for citizenship, schools must provide an accurate and complete picture of American history, including the role of religion.

The Ninth Circuit pits the Establishment Clause against the Free Exercise Clause, creating unnecessary tension. Prayer is not part of Kennedy’s job duties. He prays as a private citizen, not as a government employee. That is abundantly clear to any reasonable observer."

Click here to read the rest of the Amicus Brief. 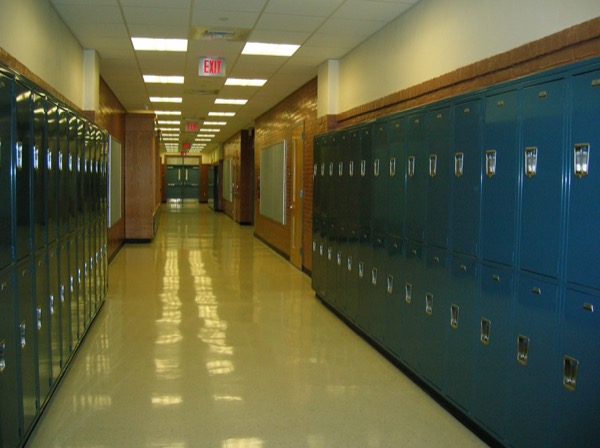 "'Make no mistake, the issue before us is racial discrimination,' said Jonathan Butcher, the Will Skillman Fellow in Education at the Washington, D.C.-based Heritage Foundation, in reference to Critical Race Theory. 'No one should be treated differently because of the color of their skin. Everyone, regardless of the color of their skin, is capable of achieving the American dream.'

CRT exploded into public conscientiousness in the months after the death of George Floyd under the knee of a Minneapolis police officer in May 2020. But it wasn’t until 2021 that the debate over CRT erupted into school systems across the country, including in North Carolina.

Butcher argued that CRT originated in the class-warfare and economic theories of Marxist Critical Theory.

'Critical Race Theory is a worldview, not just an academic theory or assortment of secular beliefs that conservative parents do not want taught in schools. It’s a belief system that is meant to be applied in everyday life — your home, your school, your business, your church,' he said."

Given this reality, it comes as no surprise that "A new poll from a national advocacy group shows 72% of registered voters support the concept of school choice, a big leap from when the COVID-19 pandemic began."