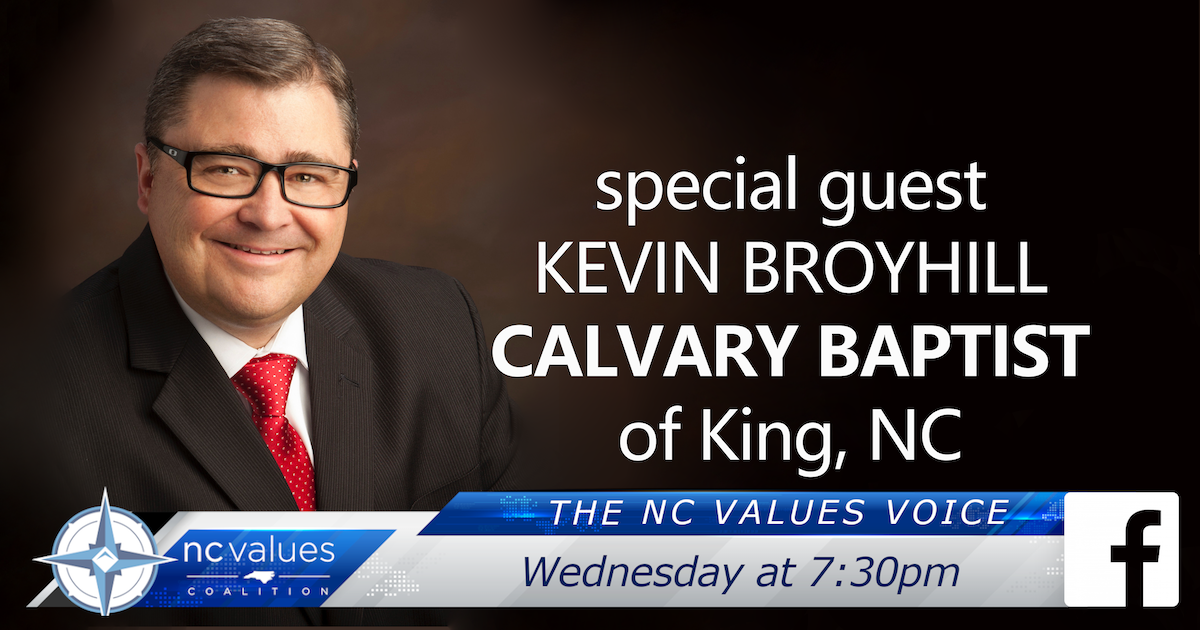 Earlier this week we had another episode of “The NC Values Voice”, a weekly 30-minute interview by Executive Director, Tami Fitzgerald, with a special guest. The NC Values Voice aired on Facebook Live and www.ncvalues.org/voice on Wednesday night at 7:30pm. Our goal with these programs is to inform and motivate our statewide coalition members with current, relevant information.
This week's program featured pastor Kevin Broyhill, who discussed North Carolina's planned reopening and the path adopted by Calvary Baptist of King, NC. 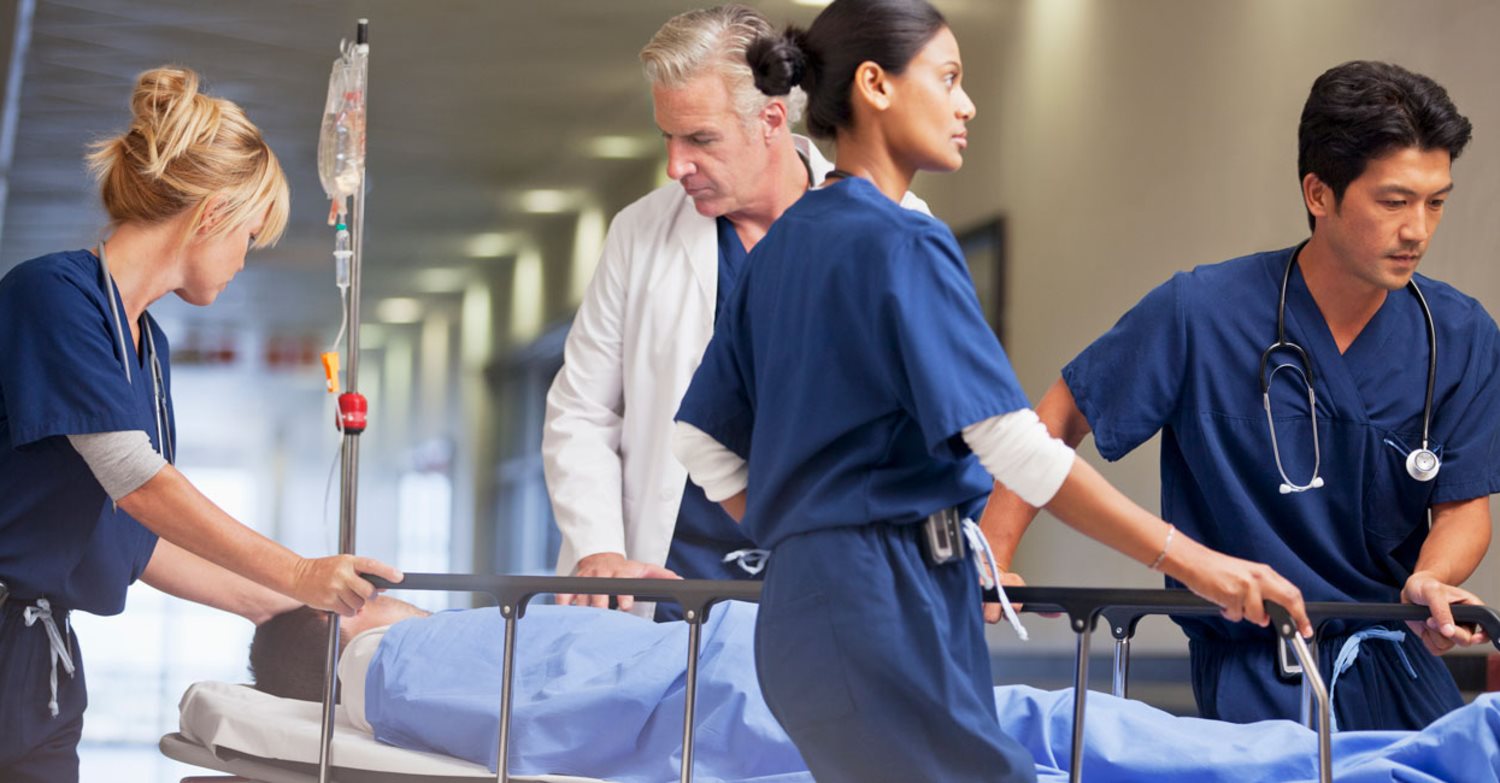 "Although we appear to be “flattening the curve” of the COVID-19 pandemic, with governors slowly lifting stay-at-home orders and hospitals beginning to schedule surgeries again, infection spikes in certain regions remain a possibility.

Throughout the coming months, we need to focus as a society on medical care that will not only help us survive but thrive.

Working in emergency rooms as an emergency medicine physician of more than 20 years, I’m particularly concerned that abortion activists have been promoting and advocating abortion as an 'essential health service.'"

North Carolina Governor Roy Cooper has allowed abortion clinics to remain open and to perform abortions, although he has shut down all other elective medical procedures as a way to assist medical treatment for the COVID-19 virus. He obviously considers abortions “essential services”, although all other elective medical treatments such as knee replacements, colonoscopies, and dental surgeries are not.  Governor Cooper’s allegiance to the abortion industry shows he has no regard for the humanity of unborn children. 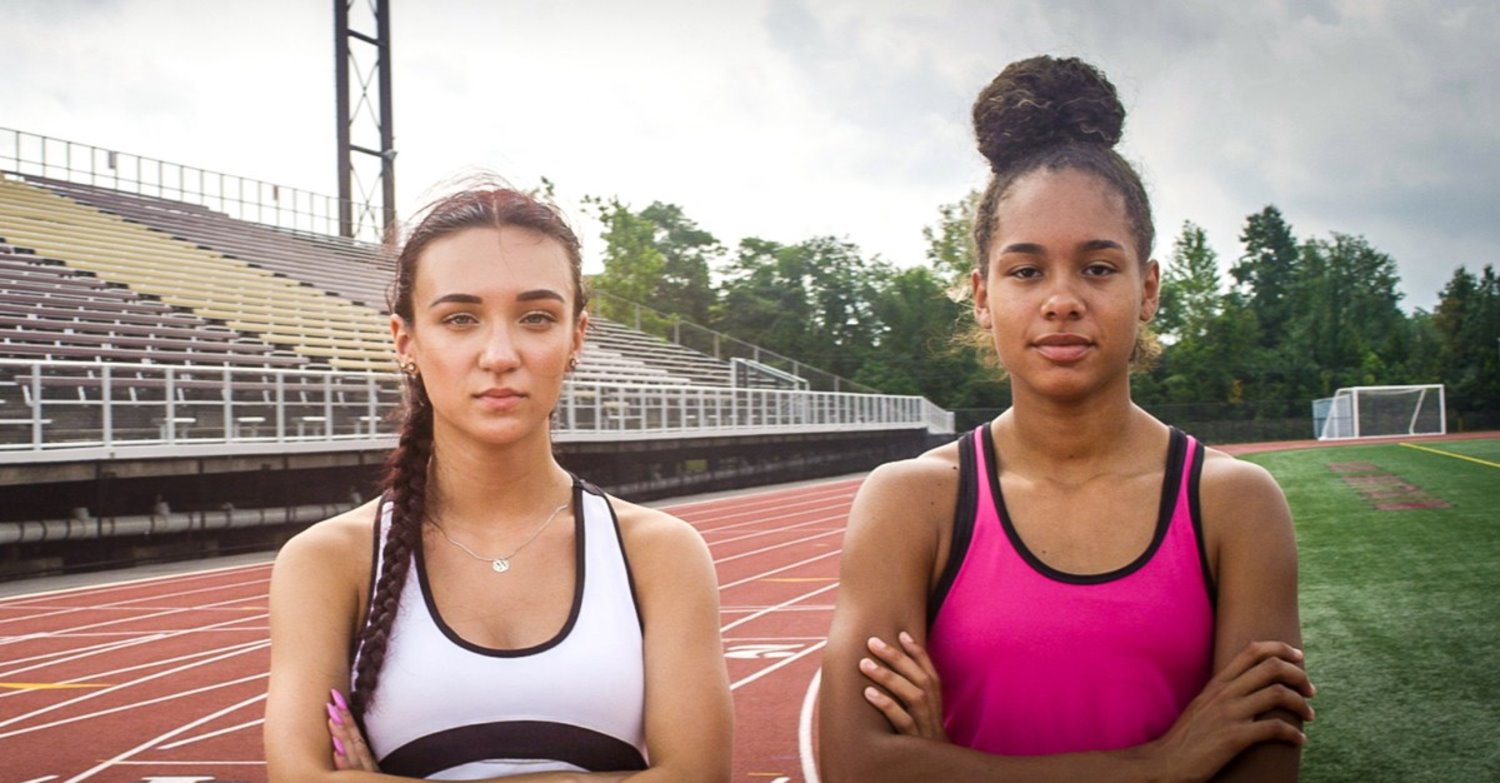 3. NATIONAL REVIEW: Attorneys for Conn. High School Runners Ask Judge to Recuse after He Forbids Them from Describing Trans Athletes as ‘Male’

"Attorneys representing three female high school track athletes in their effort to bar biological males from competing against them filed a motion on Saturday calling for the presiding judge to recuse himself after he forbid the attorneys from referring to the transgender athletes at issue as “males.”

The ADF filed suit in February against the Connecticut Interscholastic Athletic Conference (CIAC) on behalf of three girls — Selina Soule, Alana Smith, and Chelsea Mitchell. The suit challenges the CIAC policy allowing students to compete in the division that accords with their gender identity on the grounds that it disadvantages women in violation of the Title IX prohibition against discrimination on the “basis of sex.”

During an April 16 conference call, Judge Robert Chatigny chastised the ADF attorneys for referring to the male athletes seeking to compete in the women’s division as “males,” according to a transcript of the call obtained by National Review."

The North Carolina High School Athletic Association adopted a new rule last year that allows boys to compete on girls’ sports teams in high schools across North Carolina. This Connecticut lawsuit will have implications for whether NC’s transgender athletic competition rule violates the rights of female athletes by forcing them to compete with males, who have greater strength according to science. 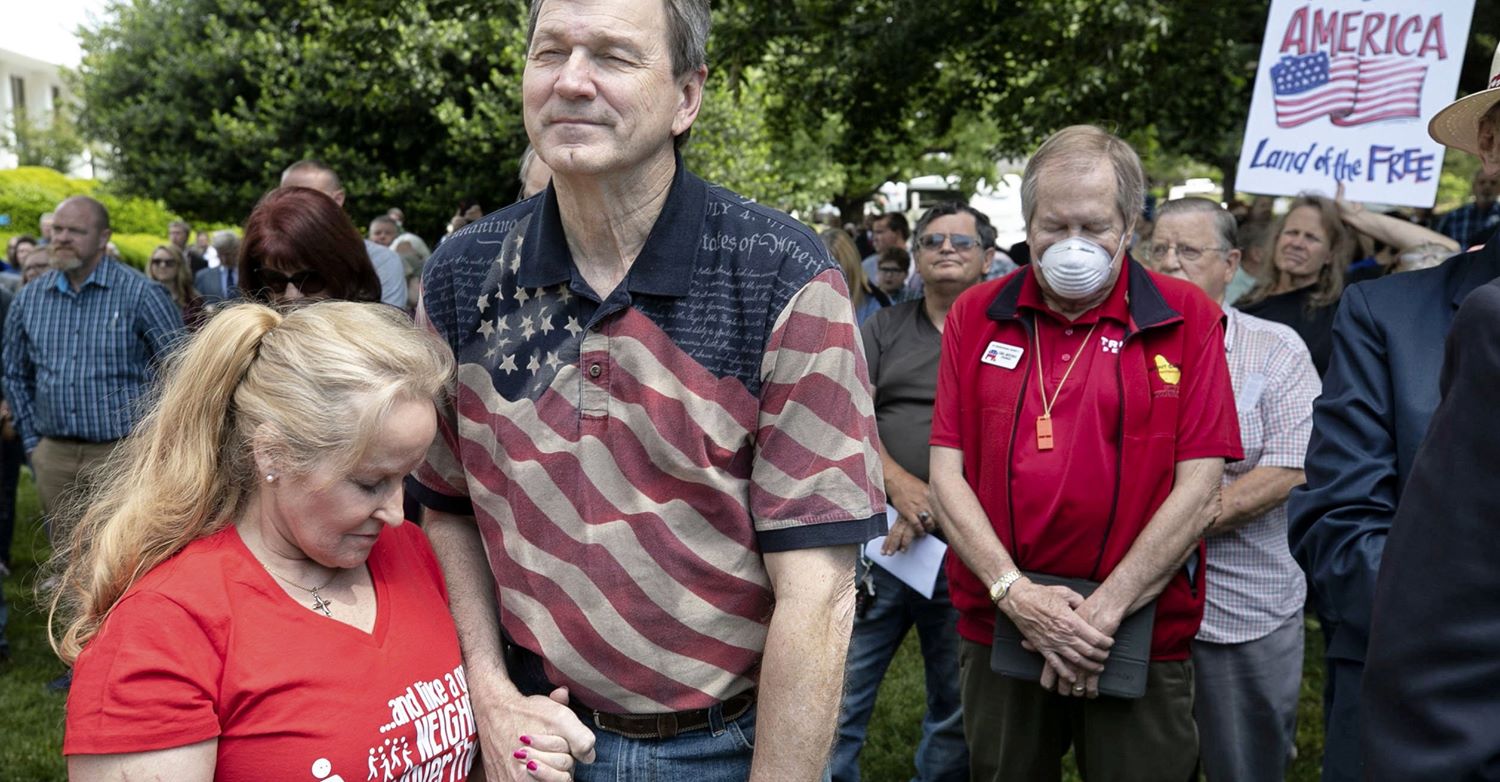 "Conservative Christian leaders sued Gov. Roy Cooper on Thursday, asking a court to throw out his restrictions on indoor religious services in North Carolina during the COVID-19 pandemic. They argued the limits, initiated by Cooper with health in mind, violate their rights to worship freely. 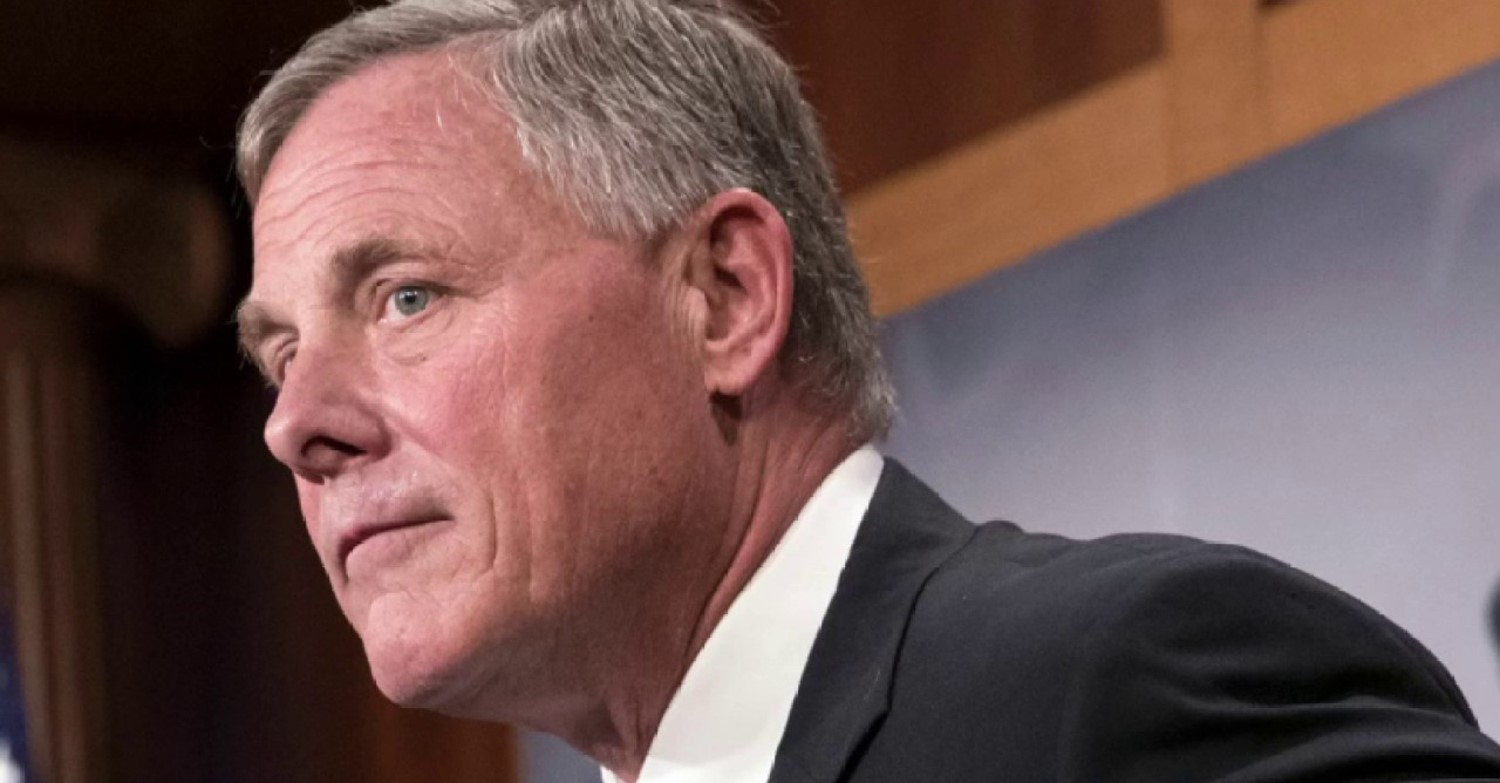 "Republican Sen. Richard Burr has stepped aside as chairman of the Senate Intelligence Committee amid an investigation into his stock sales during the early stages of the coronavirus outbreak.

'Senator Burr contacted me this morning to inform me of his decision to step aside as Chairman of the Intelligence Committee during the pendency of the investigation. We agreed that this decision would be in the best interests of the committee and will be effective at the end of the day tomorrow.'

Later, Burr confirmed that he would be stepping aside."