1. US Senate to confirm Judge Neil Gorsuch to the Supreme Court

President Trump’s selection to replace Antonin Scalia is expected to win confirmation Friday and be sworn in soon after to hear the final cases of the term.

The Senate will resume debate on Supreme Court nominee Neil Gorsuch on the morning, and a vote is expected about midday, Senate Majority Leader Mitch McConnell said. (Read more)

Yesterday, the Seventh Circuit Court of Appeals unilaterally revised the Civil Rights Act’s ban on employment discrimination on the basis of “race, color, religion, sex, or national origin” so that it now includes a ban on sexual-orientation discrimination as well. Never mind the actual words on the page. Never mind the common meaning of the words then or now. All that matters is the right result — the triumph of the social-justice “super clause” that is hidden in every law, regulation, or constitutional provision. (Read more)

Our statement on NCAA return to North Carolina for for Future Collegiate Championship Events starting next year.

"NC Values Coalition is pleased that the NCAA Board of Governors has decided to end their boycott and lobbying efforts against our State and are now including North Carolina bids to host future NCAA Championship events through 2022. The NCAA’s boycott of North Carolina achieved what it wanted—the repeal of HB2—proving that bullying works as long as you meet the demands of the bully; however, the NCAA had no business demanding anything of North Carolina lawmakers. Nondiscrimination laws in North Carolina—even under HB2—have always been similar to 29 other states and 10,000 other municipalities." (Read more)

4. Target Botched Its Response to the North Carolina Bathroom Law

"At Target’s Minneapolis headquarters, executives scrambled to control the damage, according to the people familiar with the aftermath, perplexed that they were pilloried for a policy common to retailers. Sales started to decline and have now in every quarter since.

After an internal review, executives determined the negative publicity was the tipping point for some stores, especially in the South, that were already not inviting or competitive enough to give shoppers a reason to come back. Target has now embarked on a multibillion-dollar revamp." (Read more)

5. QUESTION: Should the NCAA have its tax-exempt status revoked for meddling in North Carolina politics?

"The NCAA may have gotten what it wanted with the repeal of the North Carolina bathroom bill, but it wasn’t much of a victory for the college sports behemoth.

Instead, the NCAA found itself trapped Tuesday between gay rights groups livid over its decision to place North Carolina back in the mix for championship games, and state Republicans determined to hold the association accountable for its partisan meddling.

State Republican legislators have introduced a bill calling for the IRS to investigate the NCAA and Atlantic Coast Conference for suspected violations of their tax-exempt status stemming from their advocacy against House Bill 2 in North Carolina." (Read more) 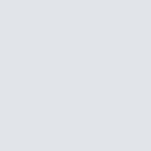