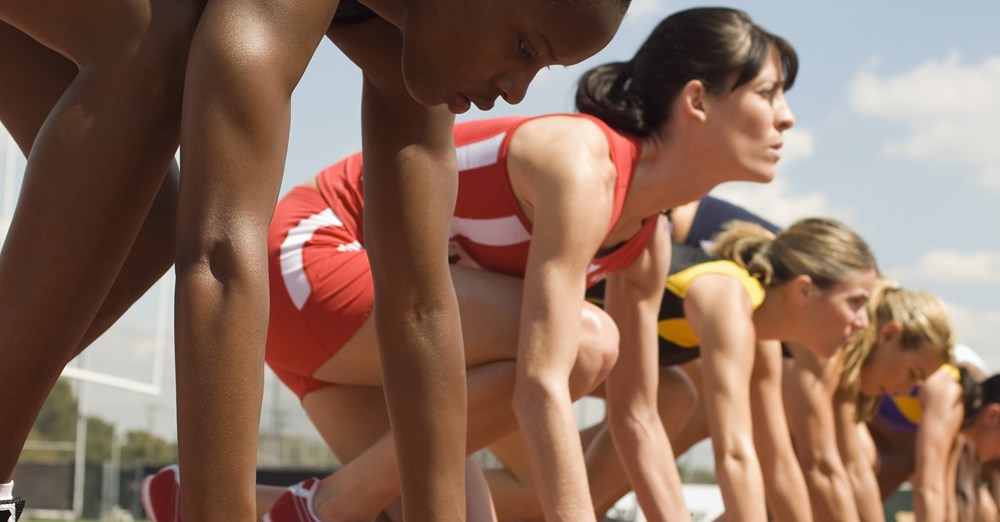 "The North Carolina legislature has introduced a bill that would ban biological males from women’s sports. 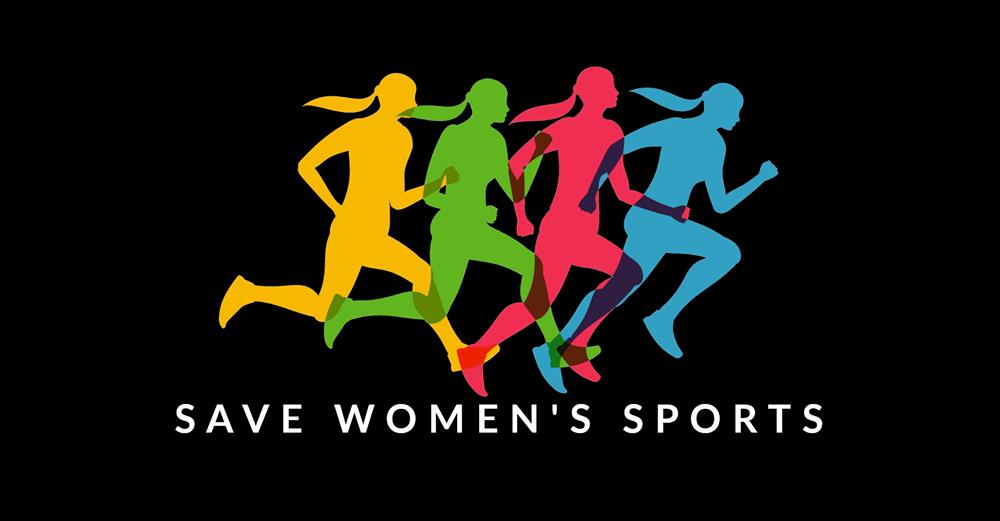 Earlier this week, North Carolina became the 30th state to file the Save Women’s Sports Act. On Tuesday, a coalition of Representatives and leaders announced the official filing of House Bill 358, which ensures all female athletes can continue to compete on a fair playing field.

“In North Carolina, girls deserve to again compete on a level playing field. Instances of males competing in women’s sports exemplify the immediate need to act before fair competition and women’s athletic opportunities are destroyed. The Save Women’s Sports Act is the solution which ensures that all female athletes will be assured a level playing field to compete and win.”

According to Beth Stelzer, the founder of Save Women’s Sports, and speaker at the press press conference:

“Regardless of how an athlete identifies, a recent Duke University study demonstrates male athletes perform 10% to 20% better than comparably fit and trained female athletes. Science tells us that an influx of hormones does not reverse the biological male’s larger hearts and lungs, denser bones, and stronger muscles. I have witnessed it firsthand in my amateur powerlifting competitions.” 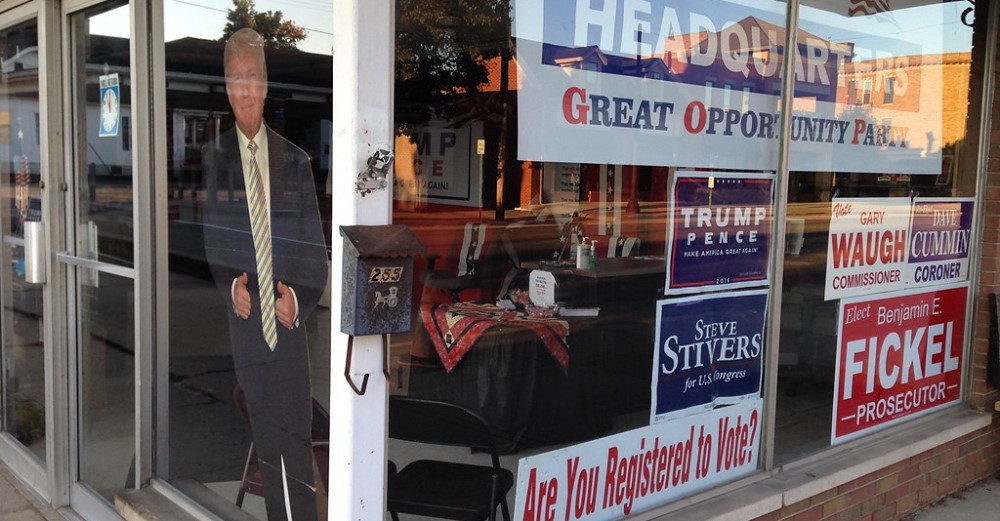 "The Chamber of Commerce wing of the Republican Party needs to stop stabbing the rest of us in the back. To take the latest example from here in flyover country, Missouri GOP megadonor David Humphreys tried to scuttle our state’s new abortion restrictions. Humphreys, who has been a GOP kingmaker in this state, waited until the last minute, then launched a pressure campaign urging Gov. Mike Parson to kill the bill.

Thankfully, Parson stood firm and signed the legislation, which Missouri Republicans strongly support. Humphreys and his cronies may have the cash, and he’s threatened to finance a ballot initiative to overturn our new law, but pro-life conservatives have the votes in Missouri—and nationwide. Regulatory reform and lowering the tax rate on capital gains do not bring GOP voters to the polls; protecting babies does.

Even though the business wing of the GOP needs social conservatives, Humphreys’ attempted sabotage is only the latest instance of many business Republicans trying to shiv their coalition partners. Across the country, from Indiana to Georgia to Texas, business interests that are in the GOP for the Benjamins have fought against legislation favored by social conservatives, especially protections for religious liberty and human life in utero." 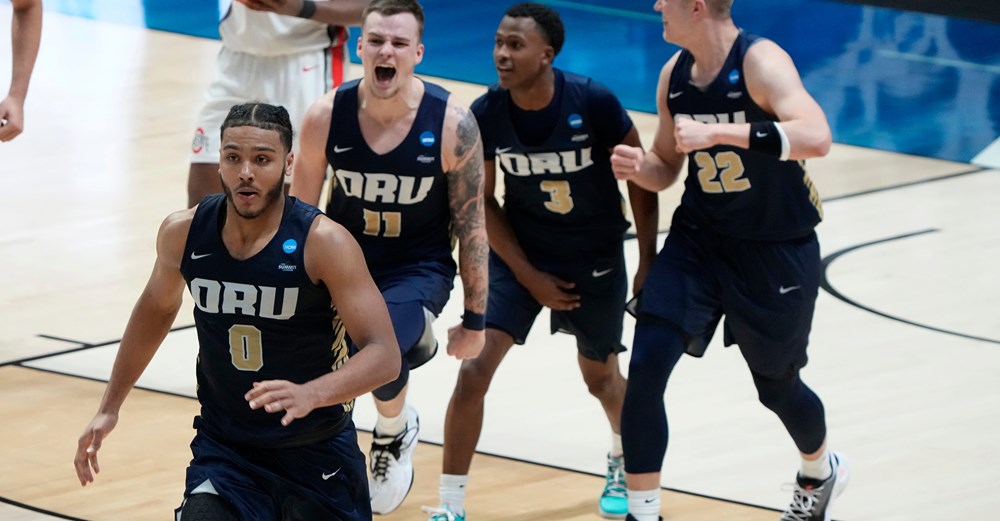 "Attacking the values of Christian universities is now an annual rite and ritual of March Madness media coverage. With “archaic” rules that are wildly out of touch with modern society, Oral Roberts University (ORU) is called out for banning by USA Today’s For The Win publication.

Oral Roberts, which has already upset Ohio State and Florida, is definitely not the feel-good March Madness story we need, writes Hemal Jhaveri, the “race and inclusion editor.” (Yeah, that’s a job, apparently.) She admits the evangelical university from Tulsa is a fan favorite as an underdog, but she detests its strict student requirements. ORU’s “deeply bigoted anti-LGBTQ+ polices can’t and shouldn’t be ignored,” Jhaveri writes in a despicable screed. (In above photo, Coach Paul Mills and team prepare for prayer after beating Florida)." 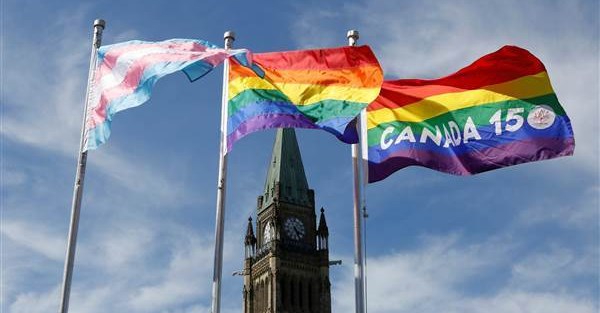 "A father who has long objected to his minor daughter taking testosterone as part of an experimental gender transition has been jailed in British Columbia for contempt of court."

"She can never go back to being a girl in the healthy body that she should have had. She’s going to forever have a lower voice. She’ll forever have to shave because of facial hair. She won’t be able to have children…”

Hoogland stated that sometimes he wants to 'scream so that other parents and people will… jump in, understand what’s going on.'

'There’s a child — and not only mine — but in my case, my child out there having her life ruined,' he said."