How Are Teachers Trained?

How does the Human Rights Campaign train CMS teachers? 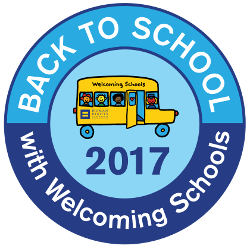 The educator training for Welcoming Schools is an intense program focusing on how to effectively introduce transgender concepts into the minds of very young children. It uses psychological reconditioning techniques to cause children to accept and internalize cross-dressing and lesbianism and a range of other LGBTQ behaviors. It strives to convince children that any traditional attitudes about family structure are harmful. It also encourages children to question their “gender”. It includes well-crafted strategies such as role-playing, games, videos, and discussions. Welcoming Schools does not teach consideration for those who are different...it demands confirmation. “I used to think, but know I know…” (an example of affirmation statements used in the curriculum.)

CMS partnered with EqualityNC and Time Out Youth to bring in Dr. Todd Rosendahl, who currently serves as the Equality NC's Director of Youth Policy, a position created in a partnership with Time Out Youth in Charlotte and partially funded by Bank of America. Todd used Welcoming Schools curriculum and other materials to train thousands of K-12 school staff members in the Charlotte region and drafted LGBTQ-inclusive policy/regulations for CMS. Rosendahl, national facilitator of the HRC Foundation's Welcoming Schools program, is taking his lessons to K-12 school districts all across North Carolina providing professional development for school staff and works with other youth-serving organizations by providing resources to support LGBTQ youth throughout the state.

(1) Use of gender neutral pronouns in elementary school and addressing children as students, scholars, etc not boys and girls. A gender neutral or gender inclusive pronoun is a pronoun which does not associate a gender with the individual who is being discussed. Teachers, school staff and students are taught they must use the gender-neutral preferred pronoun of each individual. For example, "Tyler ate hir food because ze was hungry."

(2) Affirmation of gender in elementary school by social transitioning (Social transition is the social portion of a transition, in which a transgender person makes others aware of their gender identity)

(4) Teach that gender is not binary but rather a continuum