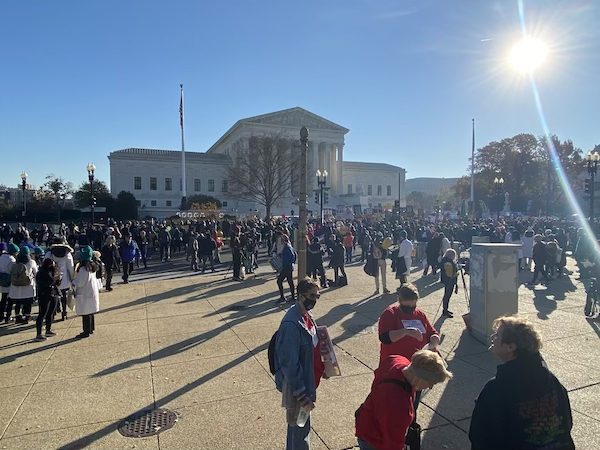 Earlier today, I stood in front of the Supreme Court with other pro-lifers as they heard oral arguments for Dobbs v. Jackson, a case that arose from Mississippi’s “Gestational Age Act” passed in 2018. The Act bans abortions after 15 weeks gestational age and contains limited exceptions.

The purpose of the act was to protect maternal health given that maternal risk significantly increases relative to gestational age. The 15-week ban also effectively eliminates dilation and evacuation abortions (D&E) which is the method of choice after 15 weeks. D&E is a gruesome procedure that involves crushing and dismembering the child’s body. Immediately following passage of the Act, the Jackson Women’s Health Organization, the only licensed abortion facility in Mississippi, filed suit challenging the law and requesting an emergency temporary restraining order (TRO).

Dobbs poses a unique challenge because it addresses a question that has never before been considered by the Supreme Court; whether all pre-viability bans on elective abortion are unconstitutional.

For more on how the hearing went, check out my interview today with Steve Noble (he opened his show by quoting some of the headlines from Bloomberg, CNN, and MSNBC, all of which collectively say that the pro-life side should expect a win and the pro-abortion side performed poorly). 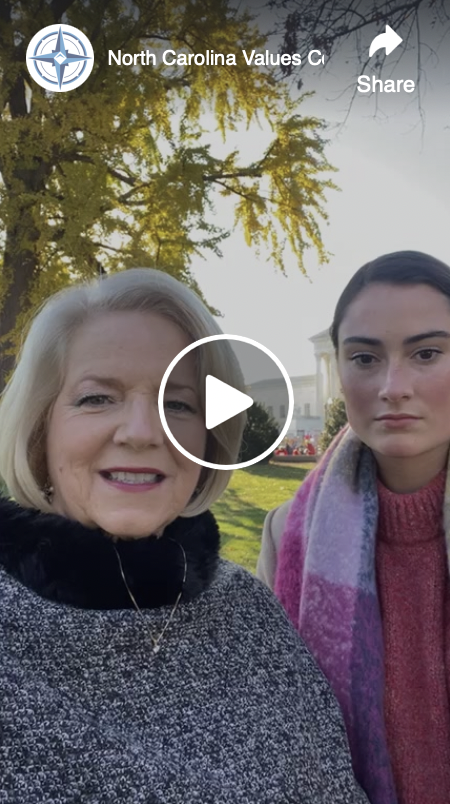 (Click to watch our earlier livestream from the Supreme Court)

The science that helped craft early abortion laws is 50 years old, and now it’s time to close that gap and look at abortion laws through a new lens, a more accurate lens. Science now shows that unborn babies at 15 weeks have all the features of a living human being, including a heartbeat!

Viability is an antiquated standard for determining the value of an unborn child and modern science supports that view.

It is time for the law to catch up with the science!

If you support our work championing your pro-life values—be it in Raleigh or D.C.—would you consider making an end-of-the-year donation of $25, $50, $100, or more?