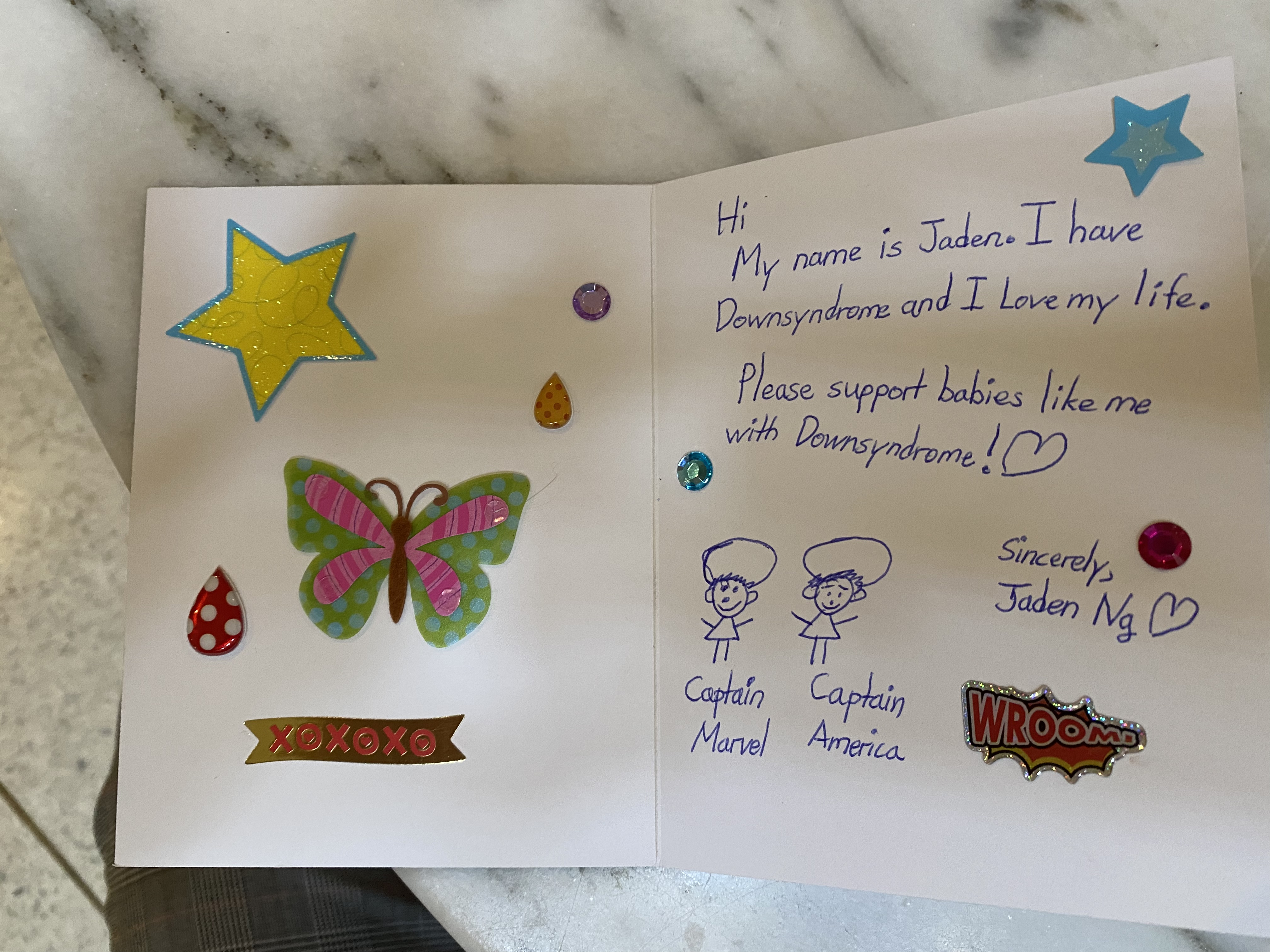 I would like to take some time out of our day to recognize our volunteer of the year.

You all are going to fall in love with her. This young lady is one of the strongest I have met, even at the age of 13. She’s homeschooled, and enjoys swimming, drawing, listening to Christian music, and writing to her penpal. Her mother also just recently started teaching her the piano. Her father described her like this:

“She’s a gift from God to open our eyes, to help us see humanity, and to help all of us know that God has a purpose for everyone.”

Our volunteer of the year is Jaden Ng.

Earlier this year, this young lady became our chief advocate for one of our pro-life bills, the Human Life Nondiscrimination Act (HB453). The bill bans abortion for race or Down syndrome. Jaden attended all the committee meetings at the General Assembly, and she even spoke to several committees in favor of the bill. Jaden was joined by her big sister, mother, and father (a physician that works in rehabilitation), in meeting with members of the House and Senate, and delivering them handwritten notes. She has been a tireless advocate for HB453, which unfortunately was vetoed by Governor Cooper. We have been waiting since June for the House to take up a veto override of the bill. 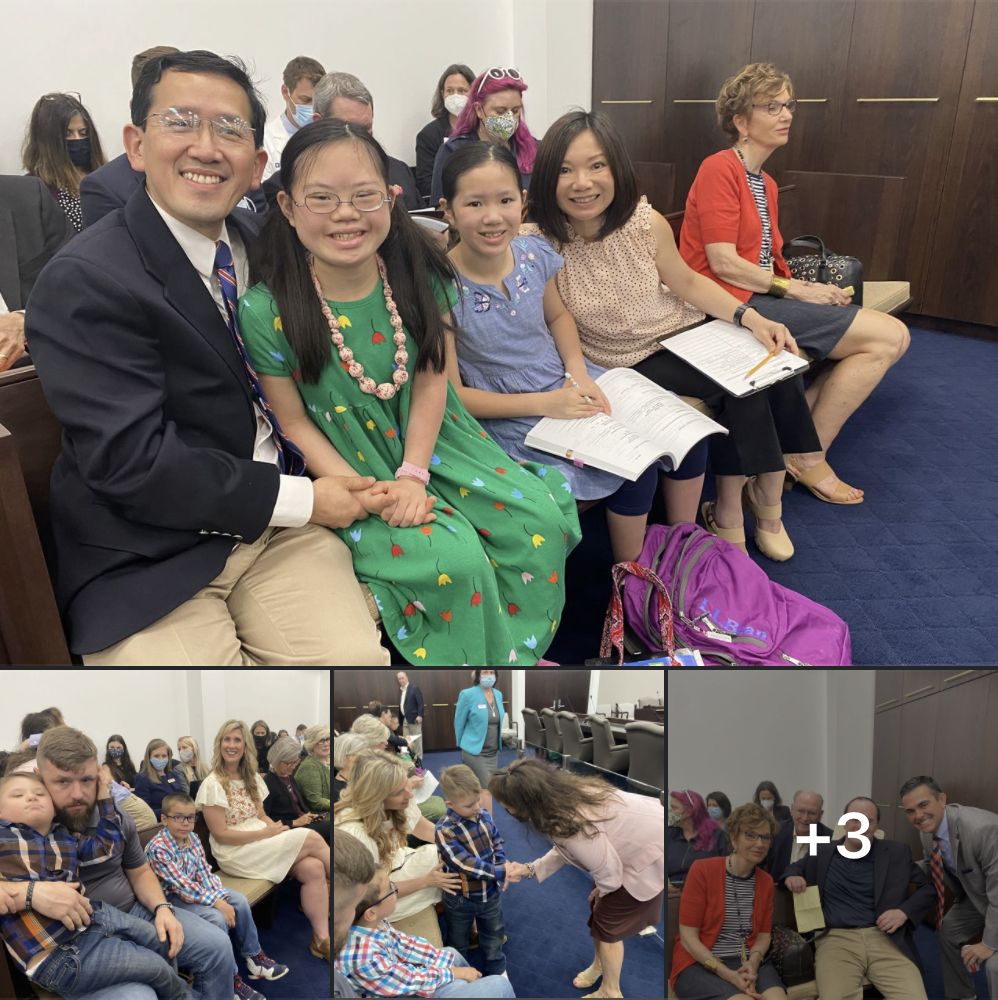 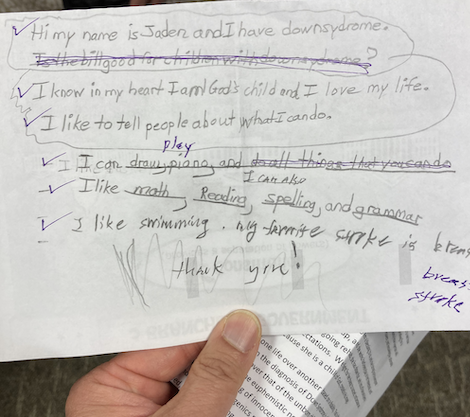 (This is one of Jaden's speeches. She stole the hearts of many at the NC General Assembly when she testified on her own behalf at a House Committee meeting) 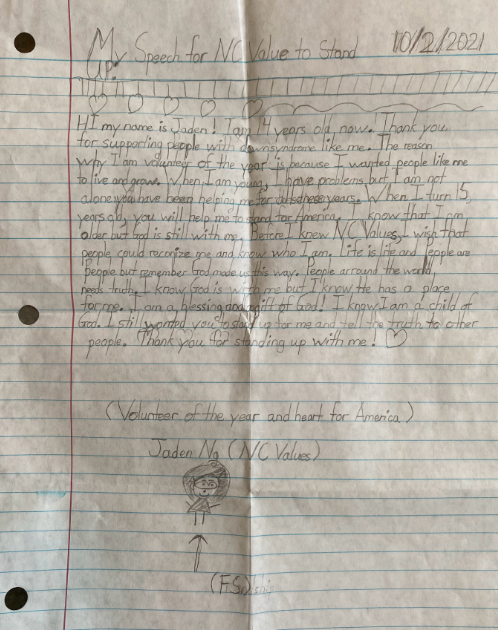 Last week, when I was standing outside the steps of the Supreme Court during the oral arguments for Dobbs v. Jackson—a case that may reverse Roe v. Wade—I thought of Jaden and others like her who are gifts of God worth protecting. This is why the cause of life has always been deep within my heart, and at the pinnacle of our Coalition’s existence.

If you support our work defending your pro-life values, would you consider making a needed end-of-year donation of $25, $50, $100, or more today?