In less than 2 days, a number of our state's 7,350,693 registered voters will have the opportunity to begin voting in this year's general election.

On Friday September 9th, the NC State Board of Elections must make absentee ballots available for those voters who have already requested them. Any registered voter can request, receive, and vote with a mail-in absentee ballot. All you need to do is register online here, or on paper here. You can even track your absentee-by-mail ballot through the mail via a tool the NCSBE is providing called BallotTrax.

As we get closer to the election, NC Values will be releasing a number of tools and resources as part of our NC Values Voter Toolkit. In addition to the soon to be released iVoterGuide, we will also be sharing with you a number of our official NC Values endorsements in the upcoming weeks. First among them are our 2022 General Election judicial candidates.

We encourage you to check them out, and support these fair and qualified candidates as best you are able: 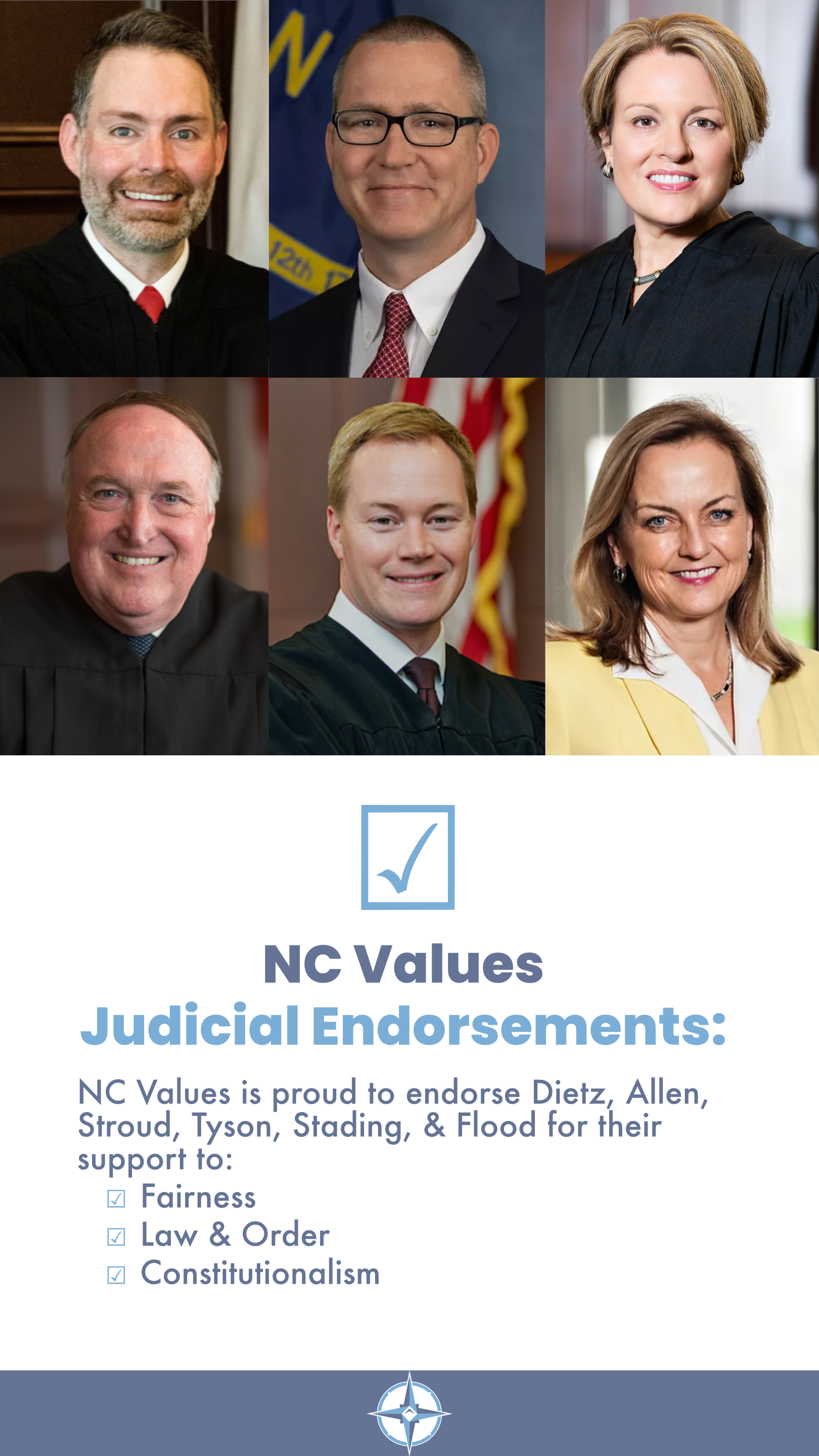 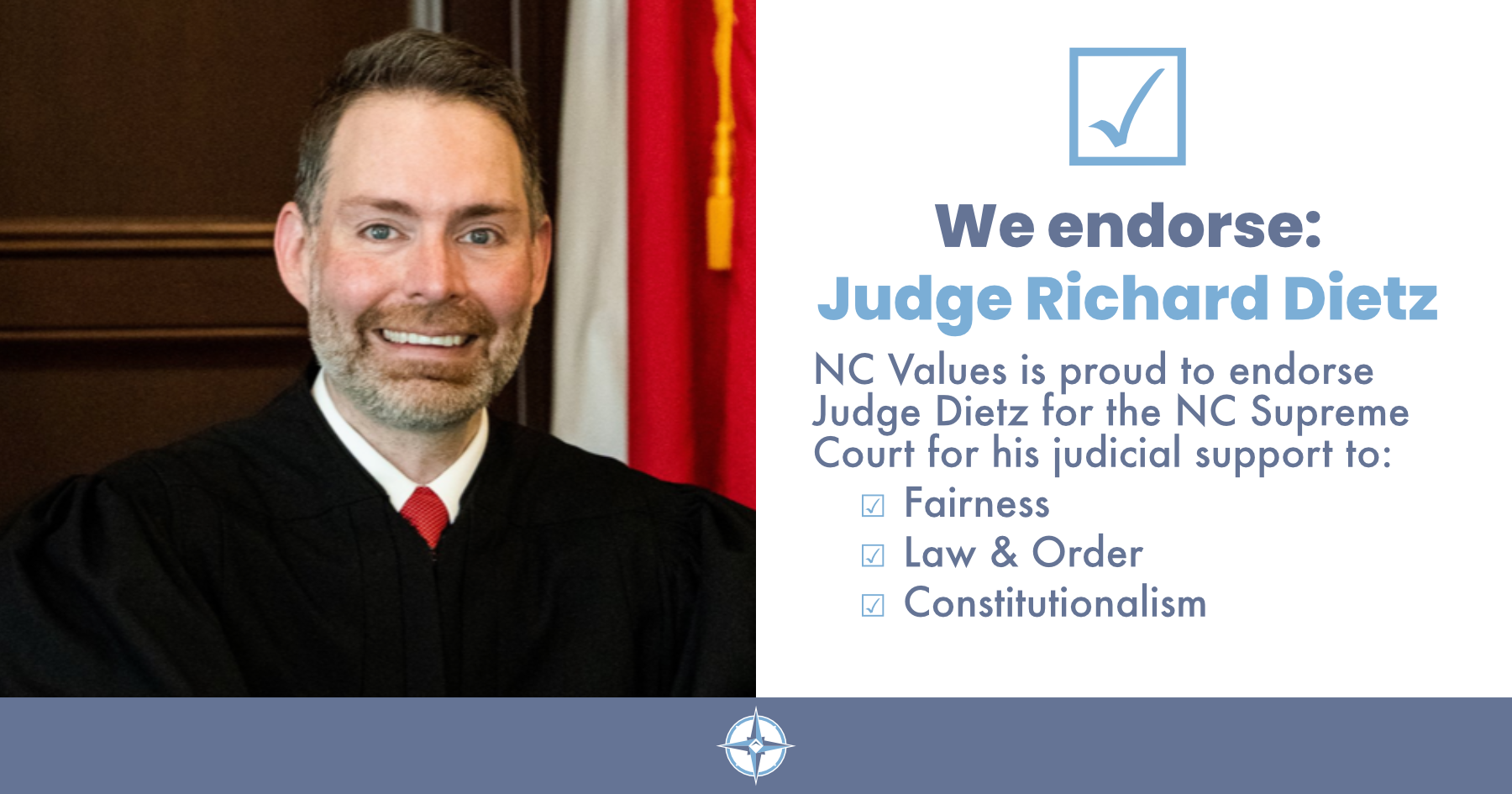 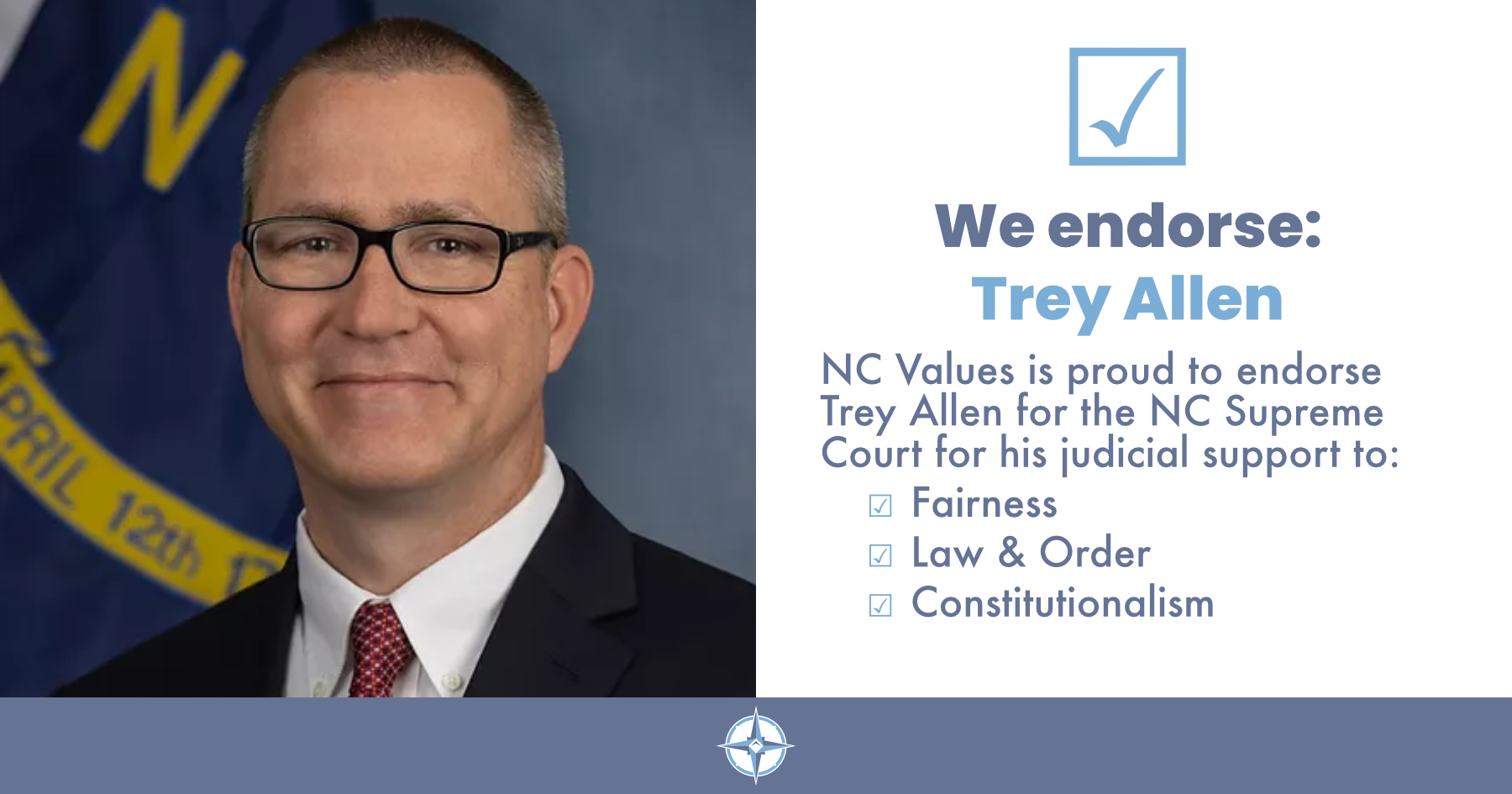 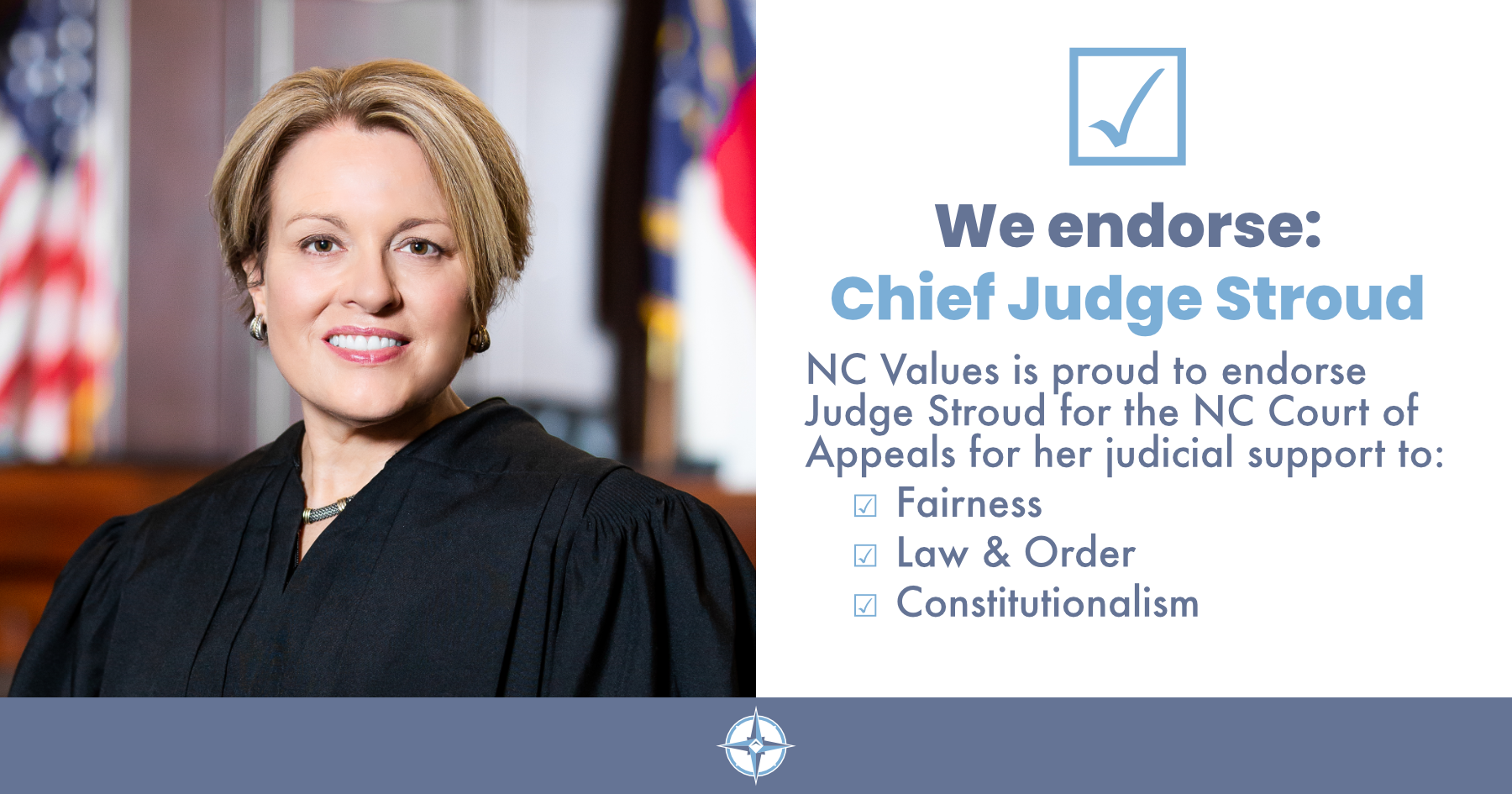 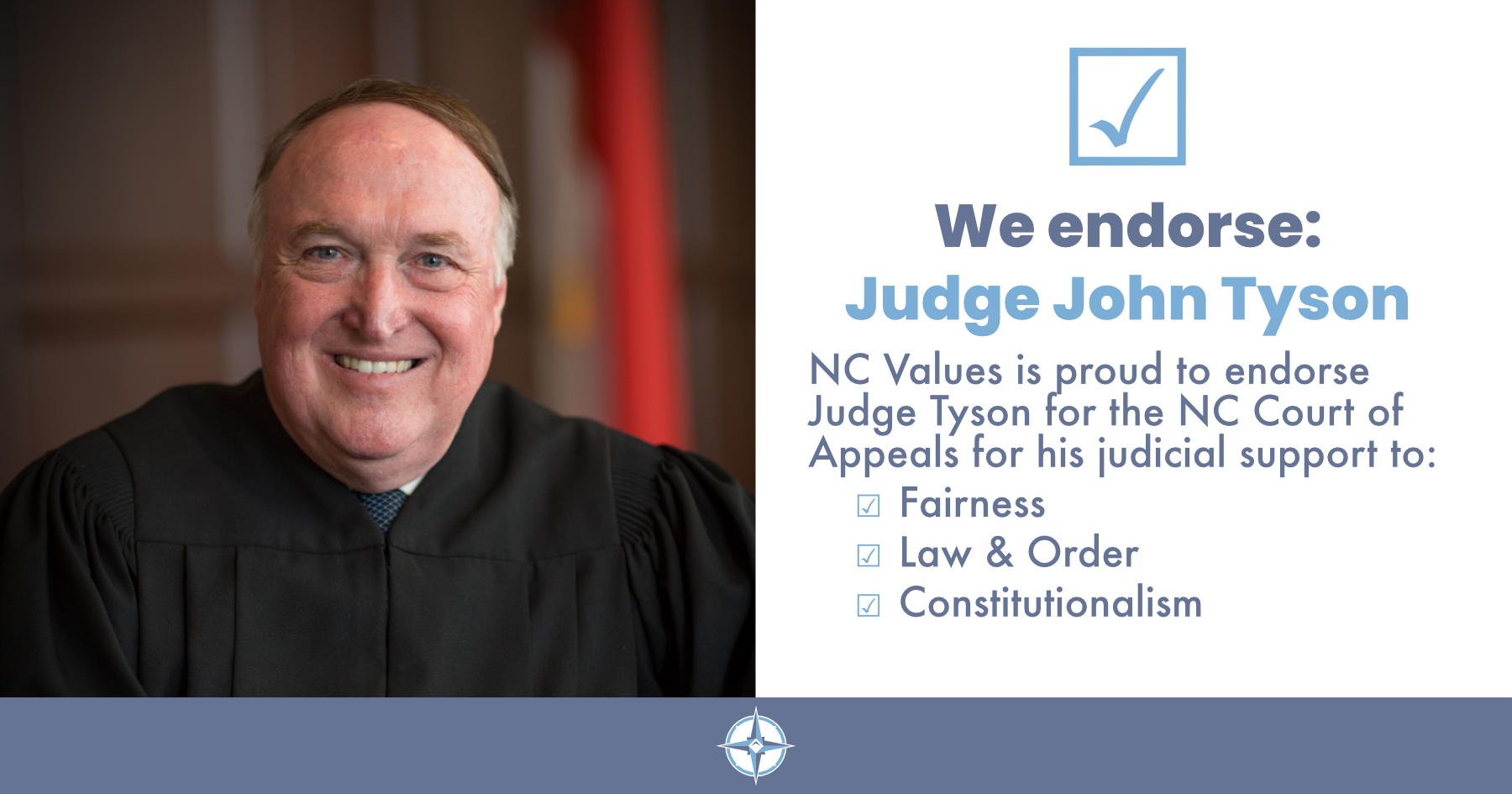 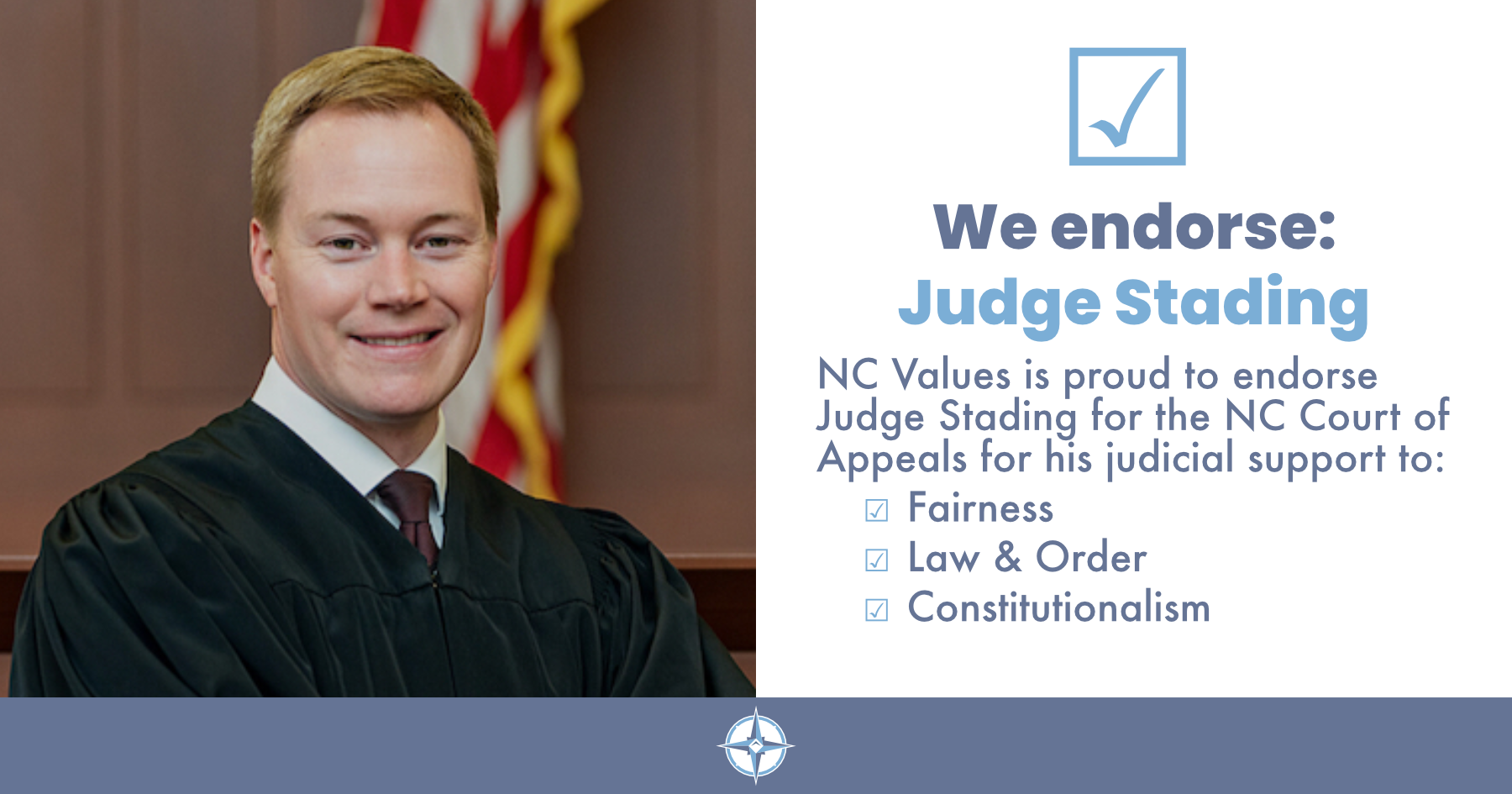 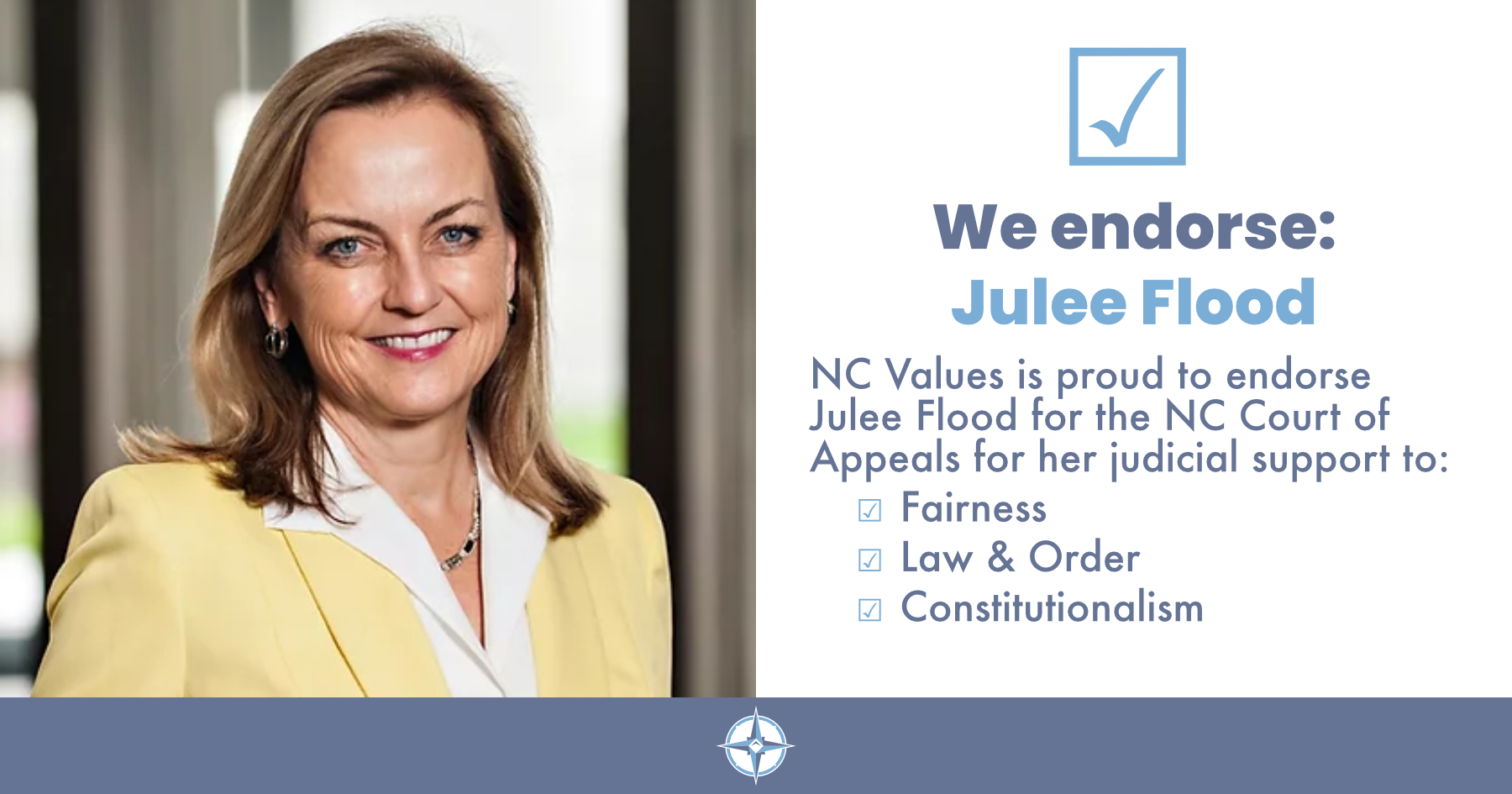 It’s imperative that we voters pay attention to judicial races this November to ensure we elect originalists on the court instead of judicial activists like we are seeing on the NC Supreme Court right now, evidenced by the overturn of voter approved Constitutional Amendments. Even if conservatives gain a veto-proof majority in the General Assembly, activist judges can undo any legislation against Governor Cooper’s agenda, such as protecting life and parental rights. We need constitutionalists on the courts, and these are the candidates who meet that criterion. The terms of Supreme and Appellate Court Justices are 8 years, and this election will have a lasting effect on our state.

In addition to supporting these candidates with your vote, would you also consider supporting us by making a $10, $25, $50, or more donation towards our hard work reviewing and supporting qualified candidates?