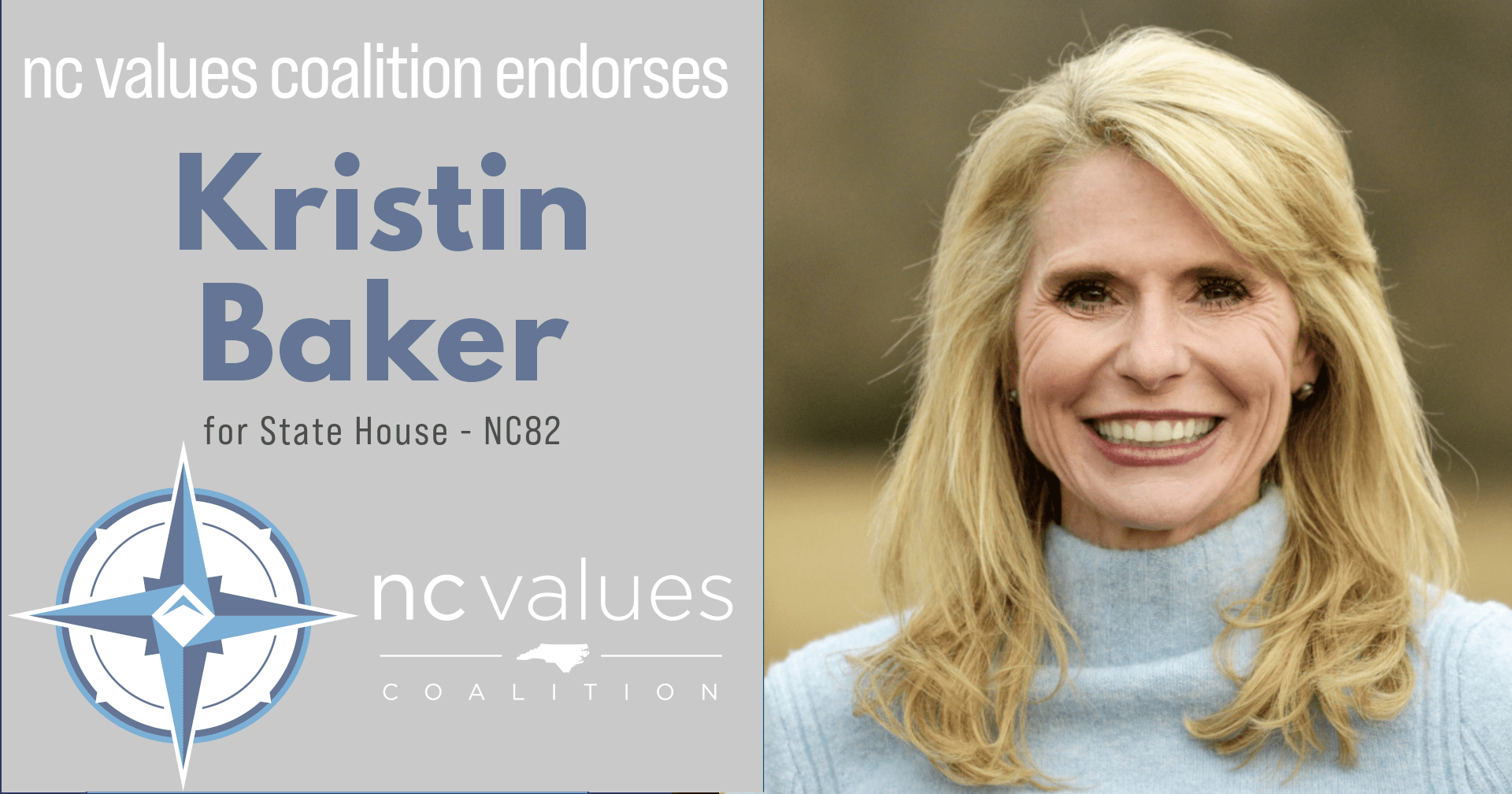 Kristin a medical doctor who has lived in Concord for over 20 years with her husband, also a physician, where they raised their three grown children. She describes herself as "a pro-life Christian, lifelong Republican, and political outsider." Representative Baker has served Cabarrus County families as a Board of Trustees member for Cannon School and volunteered with Present Age Ministries focused on helping victims of sex trafficking. She is a Morehead Scholar who graduated Phi Beta Kappa from UNC-Chapel Hill, where she also received her medical degree. She completed her Psychiatry Residency through the Washington University School of Medicine and is board certified in both General Adult Psychiatry and Child Adolescent Psychiatry.

Dr. Baker was appointed to the seat in House District 82, after Representative Linda Johnson passed away in March. Her goals in the General Assembly include:

Kristin Baker's opponent is a pastor's wife, Aimy Steele, who has been endorsed by LGBT champion-Equality NC, pro-abortion groups: Emily's List, Lillian's List, and Planned Parenthood, and some dark-money groups seeking to turn North Carolina from a red state to a blue state. Aimy Steele recently signed the pledge sponsored by a Democrat group called "Future Now" to defund the Police. The contrast between her pro-abortion, pro-LGBT, defund-the-police agenda and Kristin Baker's goals could not be starker.

It is with high honor that the North Carolina Values Coalition endorses Dr. Kristin Baker for House District 82