January 22nd marks the 47th anniversary of the most tragic court decision in our country’s history—Roe vs. Wade—which legalized abortion.

At NC Values Coalition, we are working hard to protect life.  Come march for life with us on Friday, as we fight to protect the intrinsic value and dignity of every human being—born and unborn.

The March for Life is especially meaningful this year as a reminder that Governor Roy Cooper vetoed the Born Alive Abortion Survivors’ Act last year, which would have required life-saving medical treatment for babies who are born as a result of a botched abortion. Even with two actual abortion survivors present for the veto override of the bill, Democrat members of the General Assembly stood with Governor Cooper to block the bill and allow abortionists to neglect these babies to death. It’s a shame that our Governor and his allies stand for infanticide, instead of recognizing the humanity of babies who are born and those who are unborn as well.

It is expected to be one of the largest pro-life rallies and marches in our history. We're also excited to announce that President Trump will be the first sitting president to address the march.

In short, everything about March for Life 2020 is shaping up to be historical, and we want you to join us in being part of history.

At 11am, NC Values coalition members and marchers from North Carolina will be gathering at "David's Tent" to organize and march together.

If you're planning to attend, will you consider joining us at 11:00am? You can find "David's Tent" at:

Will you join the NC Values Coalition on January 24th in Washington D.C. as we march for life? 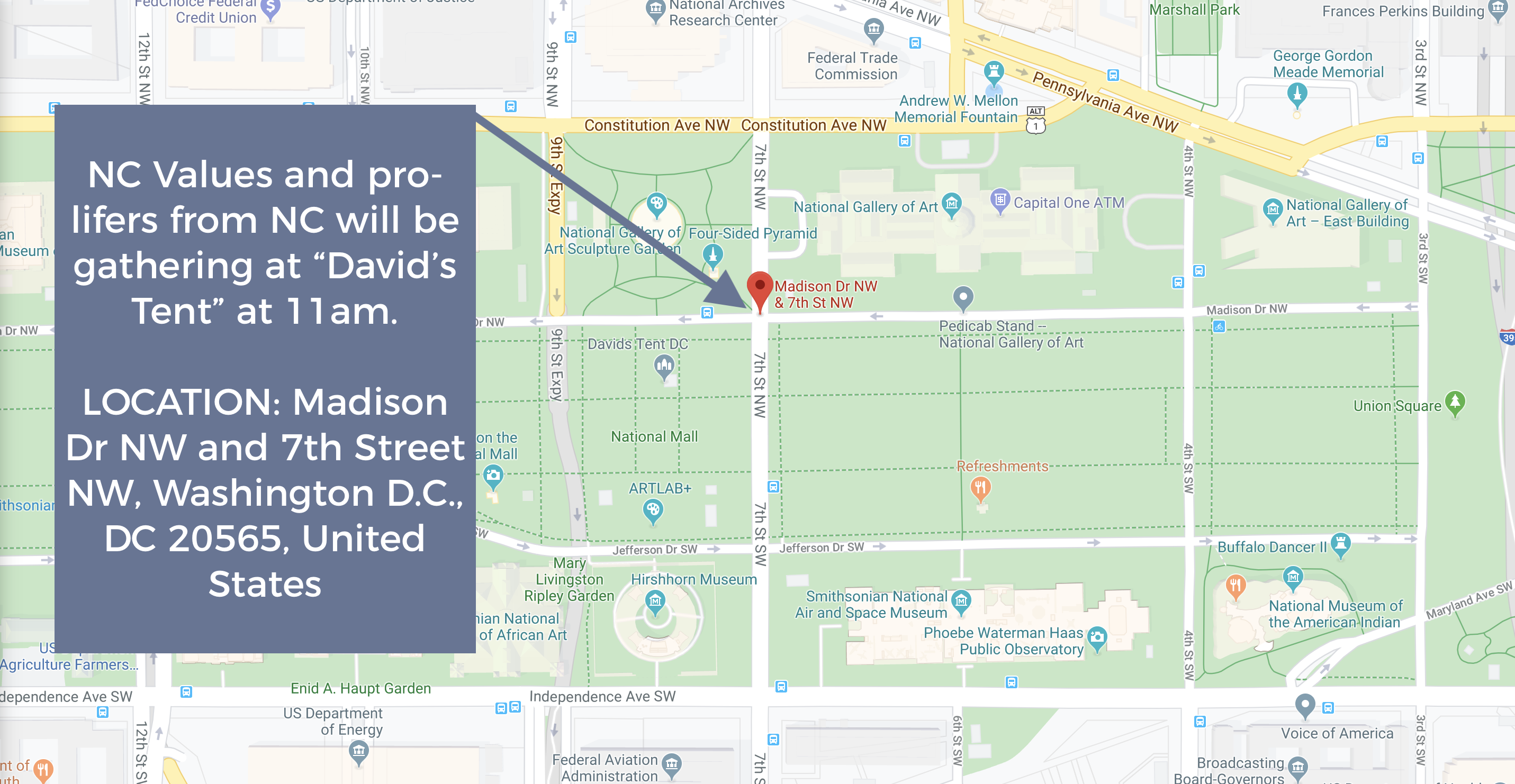