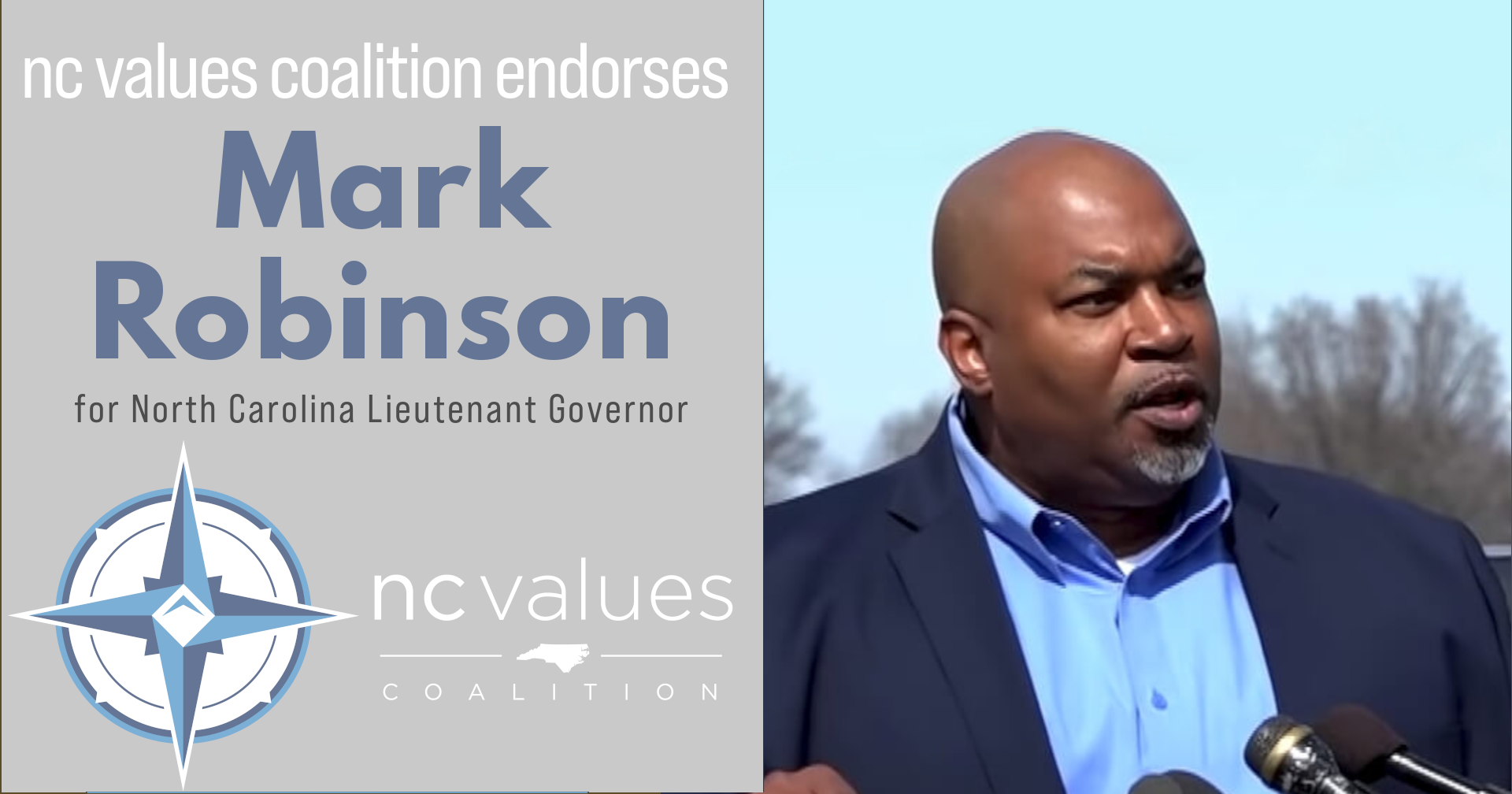 Mark Robinson, the Republican candidate for Lt. Governor, has an exceptional story. As the 9th of 10 children, Robinson grew up in a home without heat, air conditioning, or a shower. His father was an abusive alcoholic. As a result, he and his nine siblings made their way through the foster care system, some of them ending up in abusive situations. Eventually, Robinson and his siblings were able to move back in with their mother, a devout woman of faith. Robinson credits her as the reason he is the man he is today. She taught him about the Bible, and always told her children they could be whatever they put their minds to, according to his website.

Then there is Yvonne Lewis Holley, the Democratic candidate for Lt. Governor. Holley spent her childhood in Raleigh, as her father, J.D. Lewis was a successful broadcasting personality, working as Director of Minority Affairs for WRAL-TV. During her career, Yvonne Lewis Holley worked in state government for over 25 years. She then decided to remain in state government, switching roles and becoming a member of the North Carolina House of Representatives in 2013. While there is nothing wrong with spending an entire career in state government, Holley’s experience lacks the perspective that Robinson has cultivated throughout the course of his life. Holley has been exposed to the inner-workings of state government since childhood, while Robinson has stood on the outside looking in. He understands the needs and struggles of people within our state because he has experienced them himself.

Robinson’s childhood taught him the value of hard work and perseverance. He joined the Army reserves where he served as a medical specialist for three years.  He worked in the furniture industry before NAFTA hampered the industry, and he and his wife Yolanda started their own business—a day care center—which they later sold.  Then, his life changed forever.

On April 3, 2018, Robinson gave a speech on gun rights to the Greensboro City Council that quickly went viral on social media. The speech was a response to threats by the Greensboro Mayor to cancel a gun show at the city-owned Greensboro Coliseum.  Because the Council could not legally cancel the show, they suggested donating the rental money to Gun Stoppers, a citywide initiative to get illegal weapons off the streets.

Robinson continued, “I’ve never done anything like that, but it seems like every time we have one of these shootings, nobody wants to put the blame where it goes, which is at the shooter’s feet. You want to put it at my feet!”

Viewed over 150 million times, the speech landed him an appearance on Fox and Friends, as well as an interview with Lara Trump. He has since traveled the nation giving speeches and served on the National Outreach Board for the National Rifle Association (NRA). His speech was a mere snapshot of the boldness he will bring to the office of Lt. Governor.

Robinson is also a strong supporter of life. His campaign website highlights his commitment to the pro-life movement, noting that the radical left believes that young impoverished families should “abort their babies rather than giving them the opportunity to grow up in sub-optimal conditions.” Robinson is living proof of why this is simply not true.

Holley sits on the complete opposite end of the political spectrum. While Robinson is a champion for life, liberty, and family, Holley has collected endorsements from Emily’s List, whose stated mission is to “elect pro-choice Democratic women to office”. She has also been endorsed by Equality NC, one of the most vocal advocates for LGBTQ rights in North Carolina.

Along with her endorsements, Holley’s voting record as a state representative indicates how she will act if elected as Lt. Governor. In June, she voted against HB918, a bill supported by NC Values Coalition. This bill would have protected tiny babies born drug-exposed, by placing them in a stable, loving home within a year of being placed into foster care. All too often, these babies are tossed in and out of the system, only to be placed back with an abusive parent. Holley, along with her liberal colleagues and Governor Cooper, stood in the way of protecting those among us that need it the most. There is no doubt that this pattern would continue if she were elected as Lt. Governor.

Thankfully, Mark Robinson offers a fresh perspective and commitment to Conservative values. He shares our values as conservatives who believe in preserving life, advancing religious freedom, protecting the nuclear family, and offering parents school choice.  His answers to the iVoterGuide candidate survey prove that he is 100% in line with all conservative values. This is why the North Carolina Values Coalition is excited to endorse Mark Robinson to serve as our next Lt. Governor. He is a natural leader, bold in the face of adversity and firm in his convictions.  Although new to politics, Mark Robinson has the true grit needed to stand strong for our values of life, liberty, and family and to be a Lieutenant Governor who will not compromise those values. When you vote for Lt. Governor in November, we hope you will remember Mark Robinson!