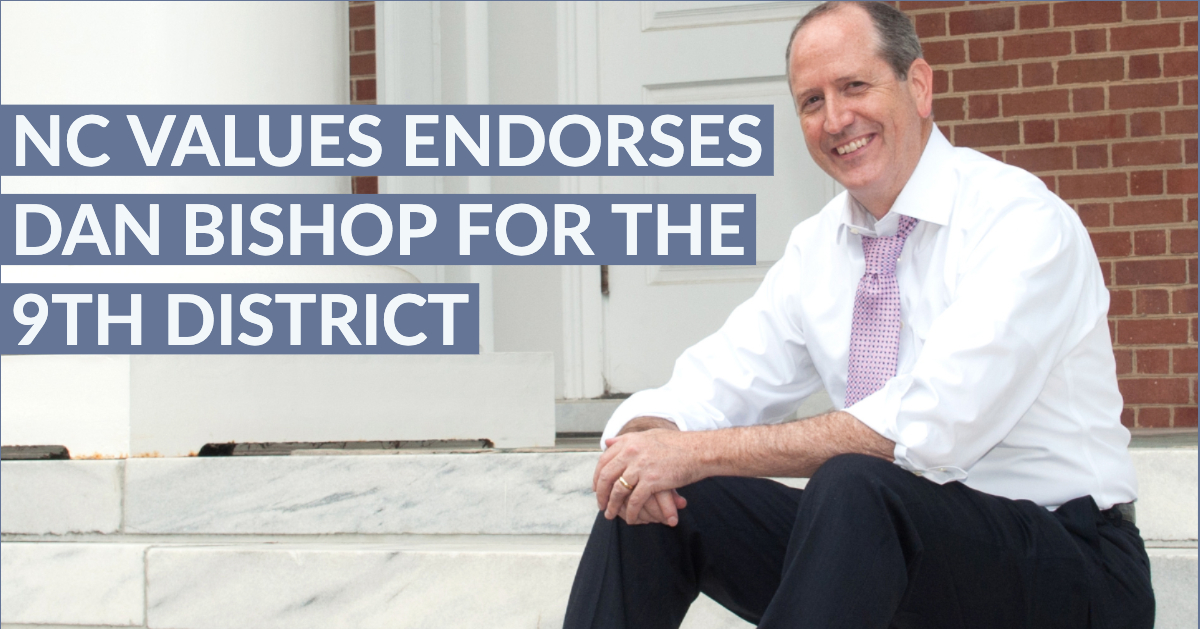 There is one candidate for the District 9 congressional seat who is best qualified to serve the voters of the 9th District—Dan Bishop!

In this crowded Republican primary of 10 candidates, only 5 of those candidates actually live in the district. Dan Bishop was born and raised in the 9th District, and he has lived there for several decades. He understands the needs of the people in his district and is the right man to represent them in Congress.

In his life as a public servant, Dan Bishop has been highly regarded by his colleagues because of his brilliance, his sincerity, his hard work, his ability to get things done, and his humility. He’s an innovative leader who sees a problem and steps up to find a solution! His experience and intellect as a conservative lawmaker in the General Assembly and the Mecklenburg County Commission are heads and shoulders above the other candidates. He will bring all of that to Congress and will represent the 9th Congressional District in a way that will make his constituents proud!

Here are some examples of his strong and innovative leadership:

Dan Bishop was the first public official to endorse Mark Harris in his run for this seat, and he stood as a friend an ally to Mark Harris until he dropped out of this race.

Dan Bishop is the “real deal”—the leader voters in the 9th District have been craving—someone who makes good decisions, has integrity and character, and has the intellect and experience to get things done in Washington. Instead of forcing him into a runoff in September, voters in the 9th District should elect him in May. We endorse Dan Bishop for Congress with great enthusiasm!