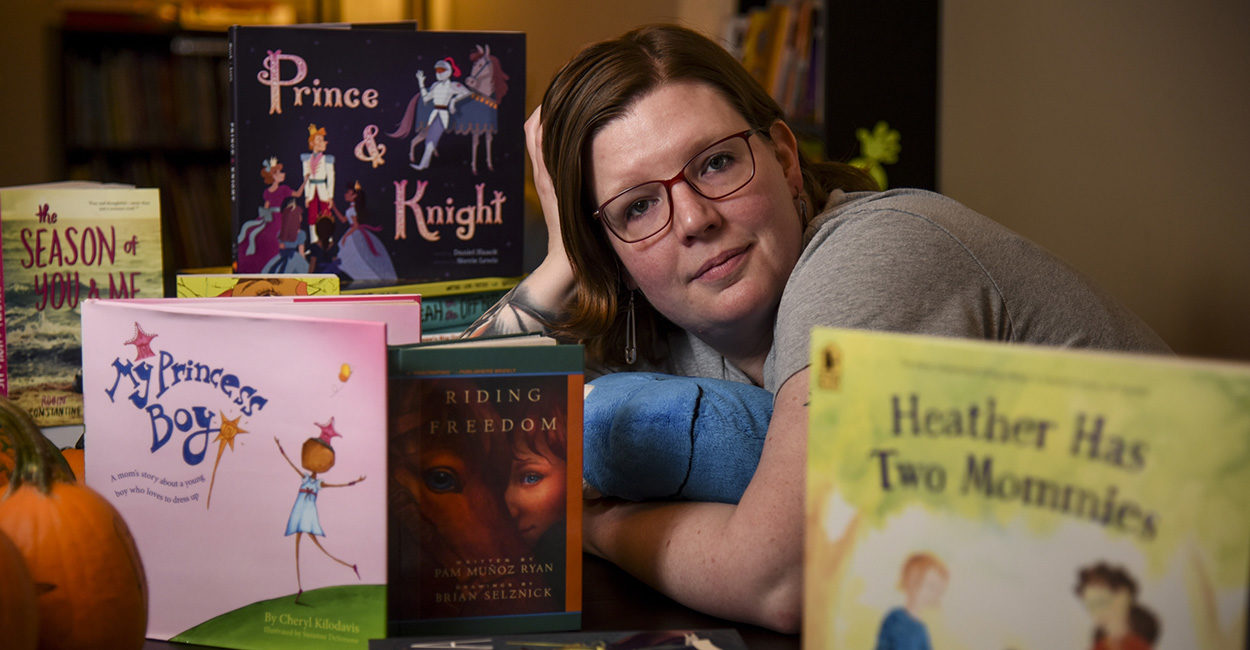 After the parental and public blowback experienced by two of our largest school districts, you would have thought they learned their lesson that parents don't want them invading student and family privacy by asking their kids inappropriate questions about their gender and sexuality, and using precious class-time to indoctrinate students with pro-transgender training.

Sadly, for institutions focused on public learning, CMS and WCPSS have failed to learn from their experiences. Several days ago, we discovered something outrageous, invasive, and illegal (20 U.S. Code § 1232h [Protection of Pupil Rights]).

We recently found out this week from CMS parents and students that children—some as young as 10—were forced to participate in an annual school survey that asked about their sexual preference and gender identity.

Many children have no idea what these terms even mean, and many parents object to the idea of public schools either introducing these sensitive concepts or collecting data about their child with regard to them.

Why on earth would the school board of the largest school district in the state think it was wise to focus on gender fluidity when 42 of CMS schools are on North Carolina’s low-performing schools list?

Schools in Mecklenburg County should focus more effort on core academic subjects and less time on social experimentation. After all, what business do schools have asking about a child’s sexual orientation or gender identity?

Parents should be outraged with the privacy-invasive and illegal survey to students as young as 10-years-old. If you are a parent who has been impacted by the survey and would like to file a complaint with the US Department of Education, please email us at [email protected].

Why exactly were these three questions about gender identity and sexual preference ever even included? In spite of their recent backpedaling, the track record is clear that CMS has a hidden agenda:

It's not just pro-LGBT organizations and major school districts that are behind the effort either. Even the North Carolina Association of Educators seems to be pulling their weight behind these radical indoctrination efforts.

In partnership with the LGBT Center of Raleigh, today the NCAE is celebrating and promoting a national movement in public schools known as "Trans Reading Day," which they are currently hosting at their NCAE conference center. Most parents have no idea that for the past 5 years, there has been a concentrated effort to read transgender books to public school children every February 27th.

The scale and depth of these indoctrination and privacy-invading operations are shocking.

Year after year, we continue to uncover hidden initiatives by organizations such as Planned Parenthood, the Human Rights Campaign, Equality NC, WCPSS' Office of Equity Affairs, Time Out Youth, the NCAE, activist teachers, and major school districts to indoctrinate our children.

Time and time again, these attacks on parental rights and student privacy demonstrates just how important an organization like NC Values is to defending your values in our schools and the public square.

While we don't have the massive financial resources and infrastructures of national activist organizations like the Human Rights Campaign, we have something far more valuable: a state-wide coalition of value-driven and passionate parents, pastors, and patriots such as yourself!

The battle to defend parental rights and childhood innocence across North Carolina is not one we can win alone; and it doesn't look to be ending anytime soon. In the past couple of years, we have demonstrated an ability to not only expose these systematic attempts to indoctrinate our children, but a track-record of getting these programs reversed.

However, this labor takes tremendous time and resources, and we need your help now more than ever.

As February comes to a close, would you consider supporting our work defending parental rights and childhood innocence by making a needed $100, $75, $50, or $25 donation today to ensure we have the resources needed to continue our fight?

We know that we'll never have the massive financial resources of organizations like HRC or Planned Parenthood, but we promise that every dollar you donate today will be invested where it is needed most: protecting our children.

PS: Early voting is still open, but the February 29th end date is rapidly approaching. If you haven't already, would you consider using our voter toolkit to find your local polling site, and vote for pro-life primary candidates who share your values?

H Aha commented on Outrage: Public school sex surveys and "trans reading day" 2021-03-07 11:39:09 -0500
peepee poopoo diaper babies
this parent’s rights hue and cry is just as appalling as the states’ rights bullshit
children are not a separate kind of being; they develop into adults with (gasp!) their own rights to become fully themselves
we could all get free and happy but y’all would rather do this shit