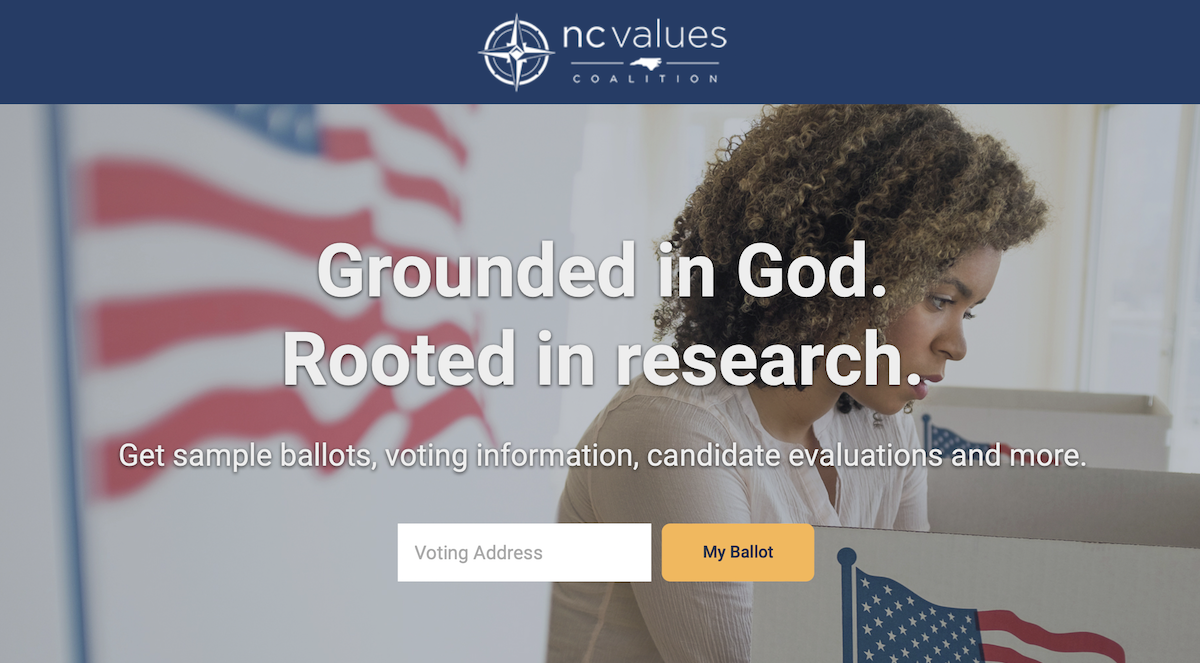 iVoterGuide Rates Select School Board Races for the First Time

“It’s important citizens have solid guidance on candidates before voting, and the iVoterGuide is the best tool we have seen, using multiple data points to assess candidates. We are excited school board races will be included in this resource for the first time,” said Executive Director of NC Values Coalition Tami Fitzgerald. “With reports of rampant indoctrination in public education, parents are starting to take notice of who represents them on school boards and how those representatives directly affect their children’s education.”

NC Values Coalition has rated four select school board races with elections in May, and will evaluate more which have their elections in November. May school board race evaluations so far include Durham, Guilford, New Hanover and Sampson counties. Candidates with November elections to be evaluated include Wake, Mecklenburg, and others to be determined. NC Values Coalition made voter education and school board races a high priority for 2022, not only through iVoterGuide evaluations, but by offering training to school board candidates through its School Board Bootcamps and the Mama Bear Workshops to teach the public and candidates about indoctrination happening in North Carolina schools.

“We recently released a poll which included voter opinions on judicial races, and the results were concerning,” said Fitzgerald. “Only 13 percent of primary voters were decided about the appellate judicial races. We hope this digital voters’ guide will help make it easier for people to make informed decisions on races like these.”

In addition to rating candidates, NC Values Coalition has information on voter registration, district identification, absentee ballots and other resources on its Voter Toolkit Guide.