“It’s imperative voters pay attention to judicial races this November to ensure we elect originalists on the court instead of judicial activists like we are seeing on the NC Supreme Court right now, evidenced by the overturn of voter approved Constitutional Amendments,” said NC Values Coalition Executive Director Tami Fitzgerald. “Even if conservatives gain a veto-proof majority in the General Assembly, activist judges can undo any legislation against Governor Cooper’s agenda, such as protecting life and parental rights. We need constitutionalists on the courts, and these are the candidates who meet that criterion. The terms of Supreme and Appellate Court Justices are 8 years, and this election will have a lasting effect on our state.”

NC Values Coalition evaluated these candidates based on previous opinions, judicial philosophy and commitment to upholding the law. 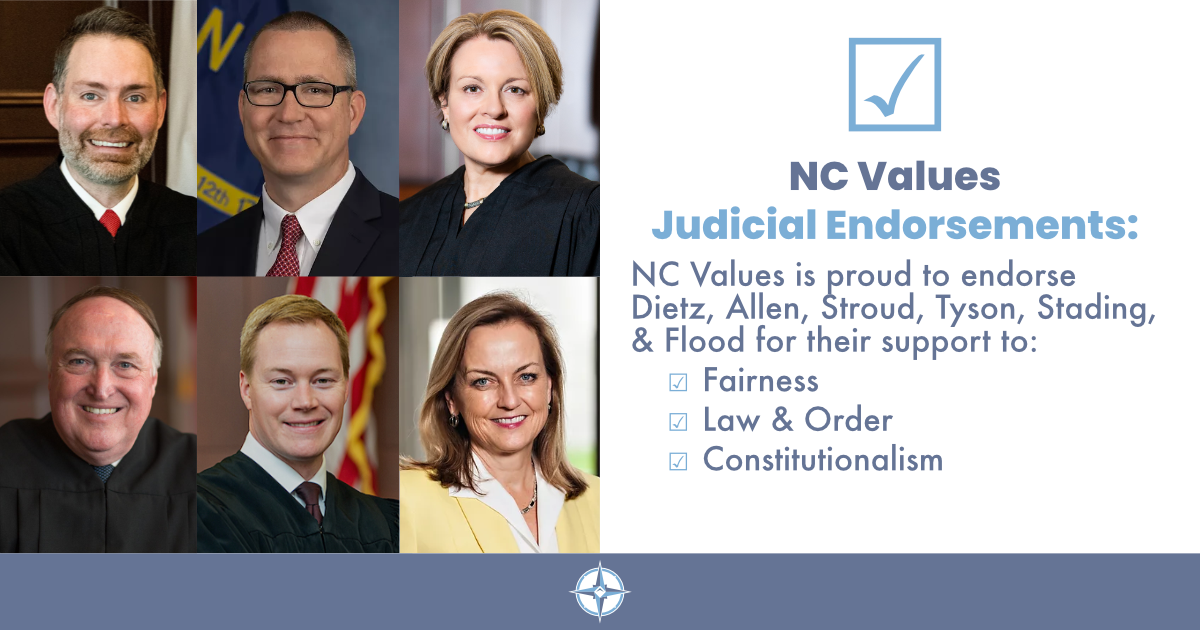