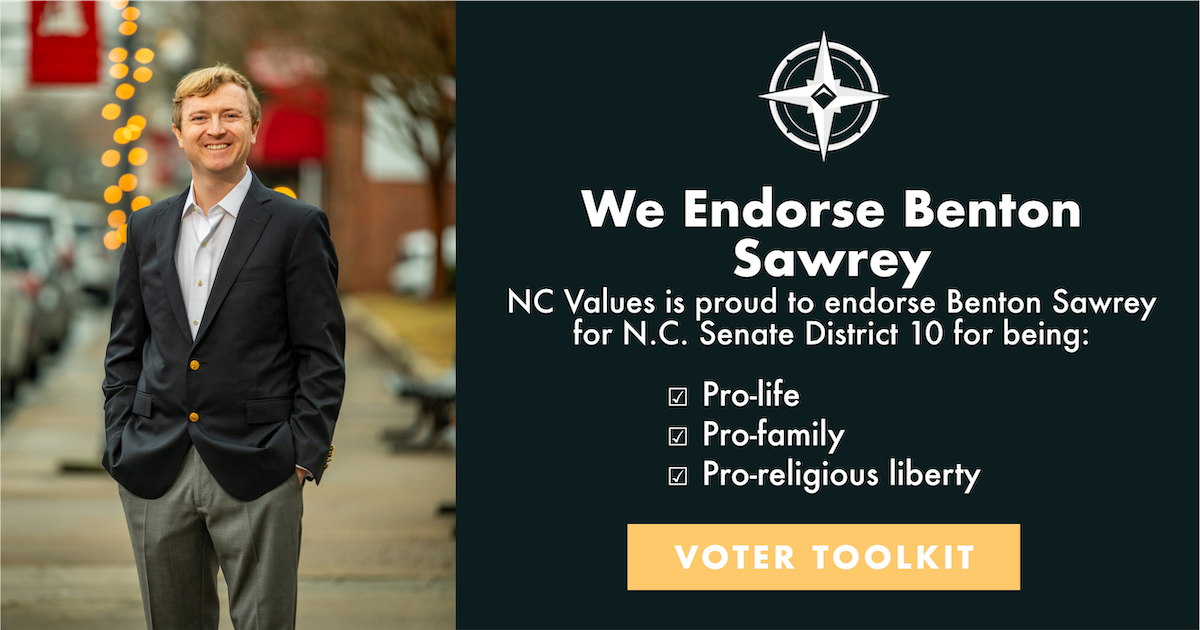 “Benton Sawrey is a strong leader and will be a staunch conservative voice in the State Senate. Sawrey’s opponent, Jill Homan, is an active National Board Member for the Log Cabin Republicans, which advocates for LGBT policies which erode the foundations of American society and culture in favor of recognition of all forms of sexual orientation. Her organization seeks to make the Republican Party ‘more inclusive on LGBT issues,’” said NC Values Coalition Executive Director Tami Fitzgerald. “Under Homan’s leadership, her organization seeks to restrict parents from protecting their own children who might be struggling with gender and sexual dysphoria by banning therapy. In the past this type of advocacy has led to revocation of parental rights and religious freedom. It's important for the voters of the 10th District which encompasses Johnston County, to know the truth about Homan, and to be represented by a leader like Benton Sawrey instead who shares their values on life, marriage, and family. We know Benton Sawrey will advocate for parental rights, traditional marriage, life, and religious freedom.”

One mission of the North Carolina Values Coalition is to educate voters. Besides endorsements, the organization also provides a Legislative Scorecard, which grades NC General Assembly members on votes affecting the family. On April 19, the organization’s iVoter Guide will be published for the 2022 primary election and can be accessed through the Coalition’s website.