“We must see the humanity in unborn children and remember life is a human right, and not take that lightly. The introduction of House Bill 1119 is political theater, expanding abortion laws in North Carolina before the Supreme Court even has released its opinion in Dobbs vs. Jackson Whole Women’s Health. This radical bill would allow late term abortion without restriction, is out of touch with the values of North Carolinians, and is more in touch with abortion laws in China and North Korea. Democrats want to make North Carolina a destination for abortion, as they know states touching North Carolina except Virginia, will have more protective laws for unborn children if Roe vs. Wade is overturned.

“More than 28,000 unborn babies’ lives are taken each year by abortion in North Carolina. Although the bill states abortions can help women have more prosperous social and economic lives, that is a lie from the abortion industry which profits from every life taken. Women don’t need abortion to be successful. The sponsors also state abortion helps take down “systematic barriers to healthcare” for people with disabilities, yet last year Democrats voted against legislation to protect Down Syndrome children from being aborted.” 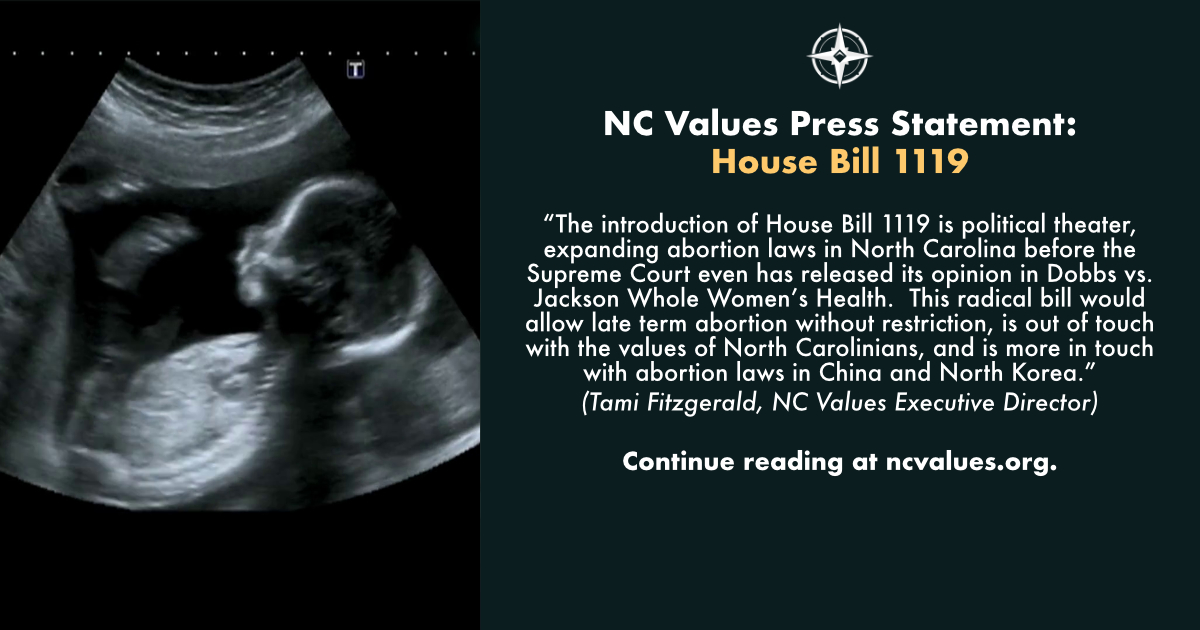