The US Supreme Court dealt a devastating blow

Last Friday, the US Supreme Court dealt a devastating blow to Barronelle Stutzman by refusing to hear her case, Arlene's Flowers, Inc. v. Washington. Essentially, the Supreme Court denied justice to Barronelle, and in so doing, it created a question about whether you still have a Constitutional right to exercise your religious beliefs in your business or work.

Remember the words of LGBT activists as they fought against the marriage amendment that NC Values led the effort to pass in 2012 right here in North Carolina?

They said, "How does my gay marriage affect your life?"

Well, Barronelle is the poster child for the answer to that question.

You may remember that Barronelle is the florist who was attacked by the ACLU and the Attorney General of Washington for declining to use her creative skills to design flowers for a same-sex wedding. Her long-time client of 9 years, Rob, asked Barronelle to design custom flowers for his wedding to his partner, and Barronelle told him that she could not because of her faith in Jesus Christ-a faith that has from the time of creation held that marriage is the union of one man and one woman. Rob told Barronelle that he understood, and she gave him referrals to three other florists, one of whom provided the flowers for his ceremony. However, when the Washington Attorney General saw social media posts from Rob's partner complaining about being hurt, he filed suit against Barronelle personally and against her floral business. The ACLU recruited Rob and his partner to file a second suit.

For eight long years, Baronnelle has stood strong to protect her religious beliefs about marriage. A trial court found her guilty of violating the state's anti-discrimination laws in 2015 and ordered her to pay $1,000, the ACLU's attorney's fees, and stop creating flowers for weddings. On appeal, the Washington Supreme Court unanimously ruled against Barronelle finding that arranging flowers constituted "conduct" not "speech" and that to refuse to provide services for a same-sex wedding was to "disrespect and subordinate" homosexuals.

So much for religious freedom! 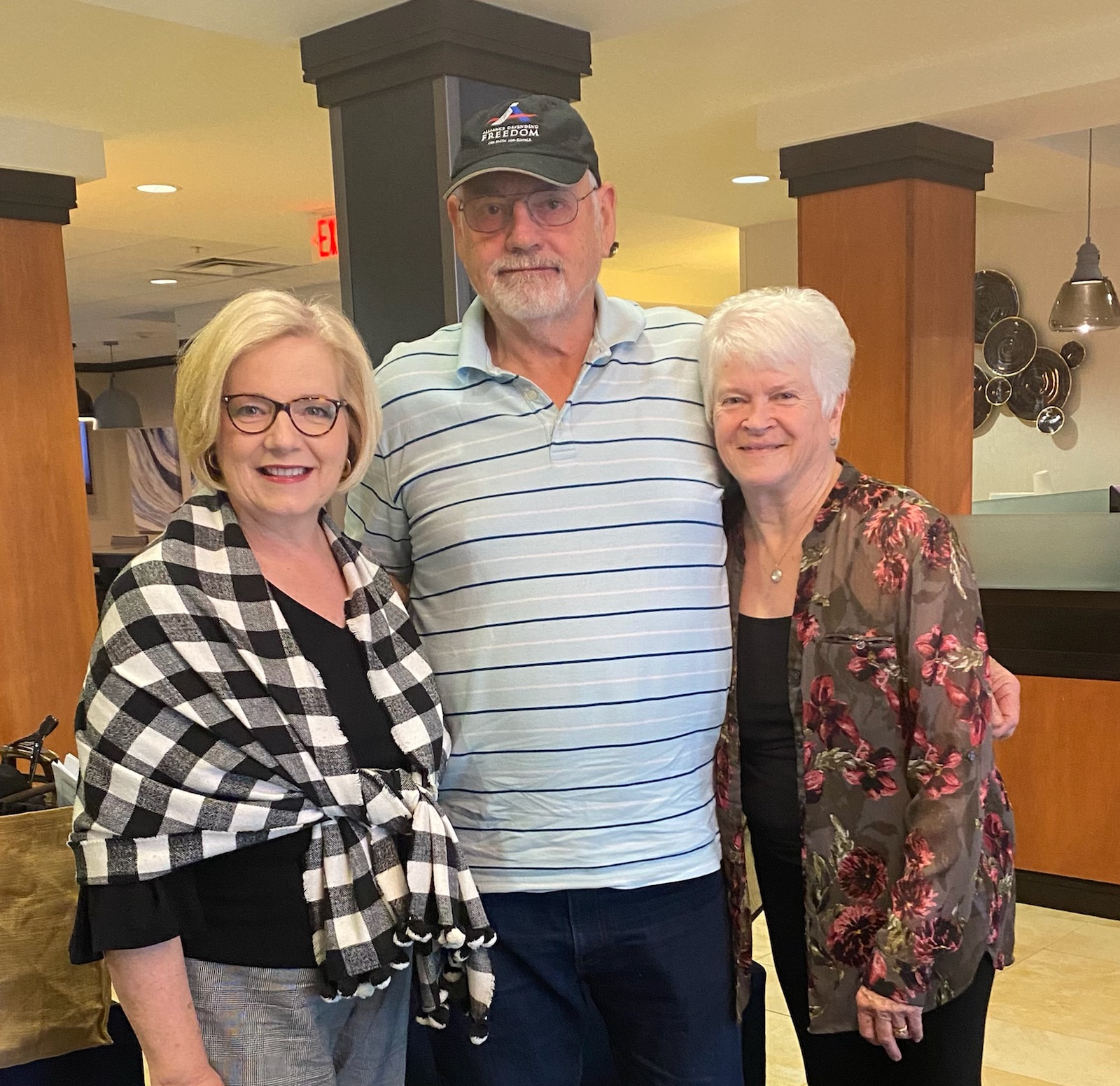 Barronelle appealed to the US Supreme Court, which vacated the Washington Supreme Court's decision with instructions for the Court to decide her case in accordance with Jack Phillips' Masterpiece Cakes case, where the US Supreme Court ruled the state could not display animus towards a business owner's religious beliefs.

However, the Washington Supreme Court cut and pasted its original decision against Barronelle into a new decision, defying SCOTUS. It is that defiant and unconstitutional ruling that SCOTUS refused to rectify.

It is painful and heartbreaking that SCOTUS refused to take Barronelle's case and administer true justice in this case. Now, Barronelle and her husband Darold could lose everything they have worked for all of their lives-their business, their home, their retirement, and all their possessions-just to pay the ACLU's attorney's fees.

In April this year, we spent a week with Barronelle and Darold traversing the state of North Carolina so Barronelle could warn pastors and people of faith about how sexual orientation and gender identity non-discrimination laws (SOGI's) can destroy religious liberty and ruin people's lives. Because our state legislature allowed the moratorium on local SOGI laws to expire last December without making that moratorium permanent, we now have seven cities and two counties in North Carolina that have passed SOGI laws. What happened to Barronelle in liberal Washington state has come to North Carolina, and anyone living or working in these cities and counties is subject to the same type of government intrusion into their religious liberties that Barronelle suffers now.

We at NC Values have been actively involved for five years now in protecting North Carolina from SOGI laws like the one Barronelle has fought in Washington state. We even brought Barronelle here to show people what can happen to people of faith under these unjust and discriminatory laws. We need your help to continue our work. It is only just beginning. We know that Charlotte is going to try to pass a SOGI law in August. There are other cities considering SOGI laws as well. We must all work as hard as we can to be the Barronelles and Darolds of North Carolina-standing for our faith to the end.

Would you consider making a donation today in support our efforts to defend religious liberty in our state? Thanks to a generous donor every $1 you donate will also be doubled.