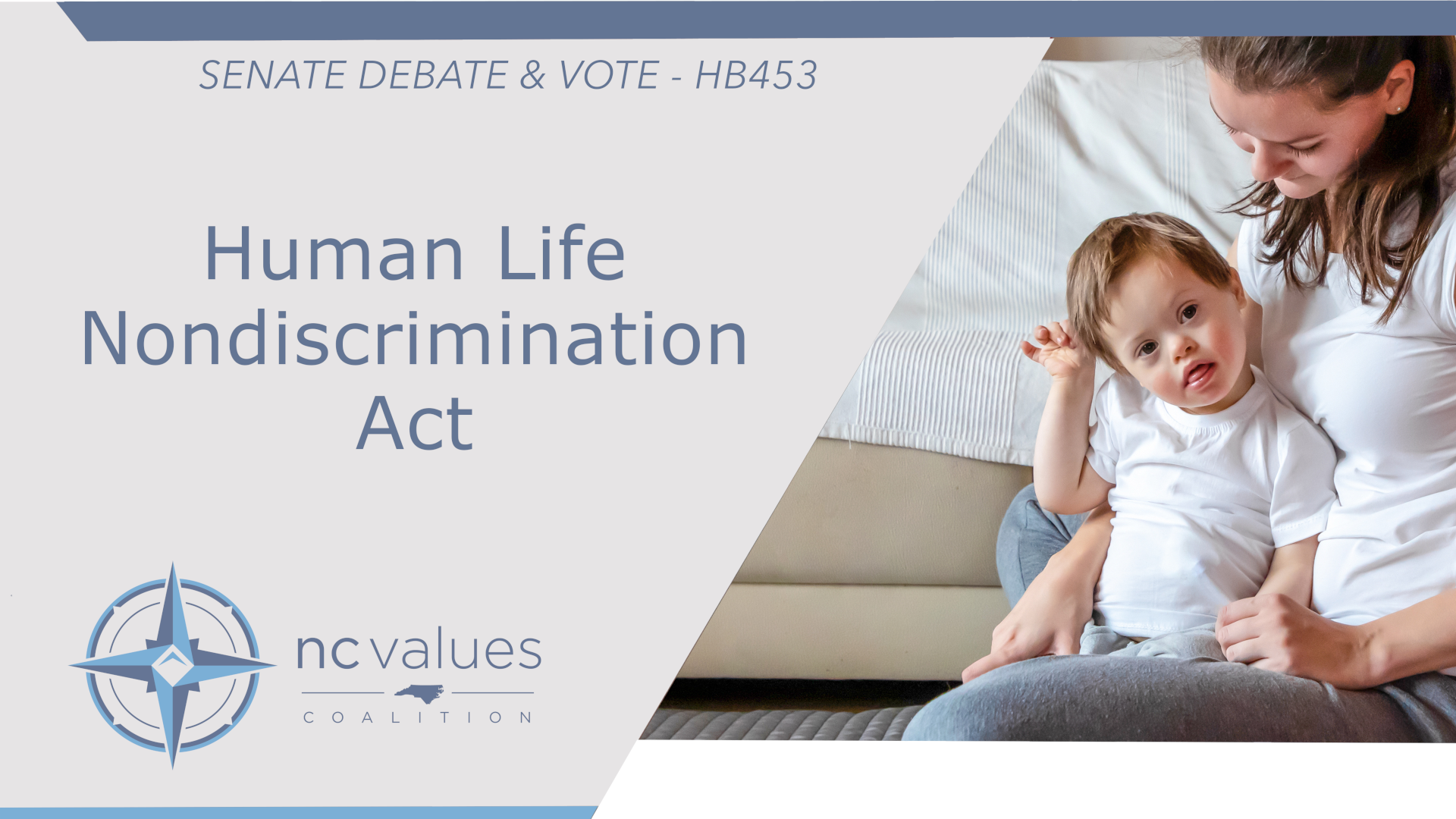 State Senate Votes to End Abortions Based on Race and Prenatal Diagnosis of Down syndrome.

“The Senate vote in support HB453, the Human Life Nondiscrimination Act, will save babies. Every innocent life is worthy of protection. The North Carolina Values Coalition calls on Governor Cooper to sign this bill to end discrimination based on race and stigma associated with prenatal screening tests that detect a diagnosis of Down syndrome. Children in North Carolina should not have to pass a genetic test to earn the right to be born” said Julie Scott Emmons, North Carolina Values Coalition Vice President.

According to a recent New England Journal of Medicine study, these tests can lead parents — and even their doctors — to believe their babies have major disorders when they are, in fact, healthy. If we want to eradicate discrimination predicated on race or disability, we must ensure that this protection begins in the womb.

Every child should have the chance to live a full, happy life. In fact, persons with Down syndrome live full, beautiful lives. Science now projects the life expectancy of children born with Down syndrome to be more than 60 years, triple the expectation just a few decades ago. These children frequently acquire job skills and some degree of self-sufficiency as adults.