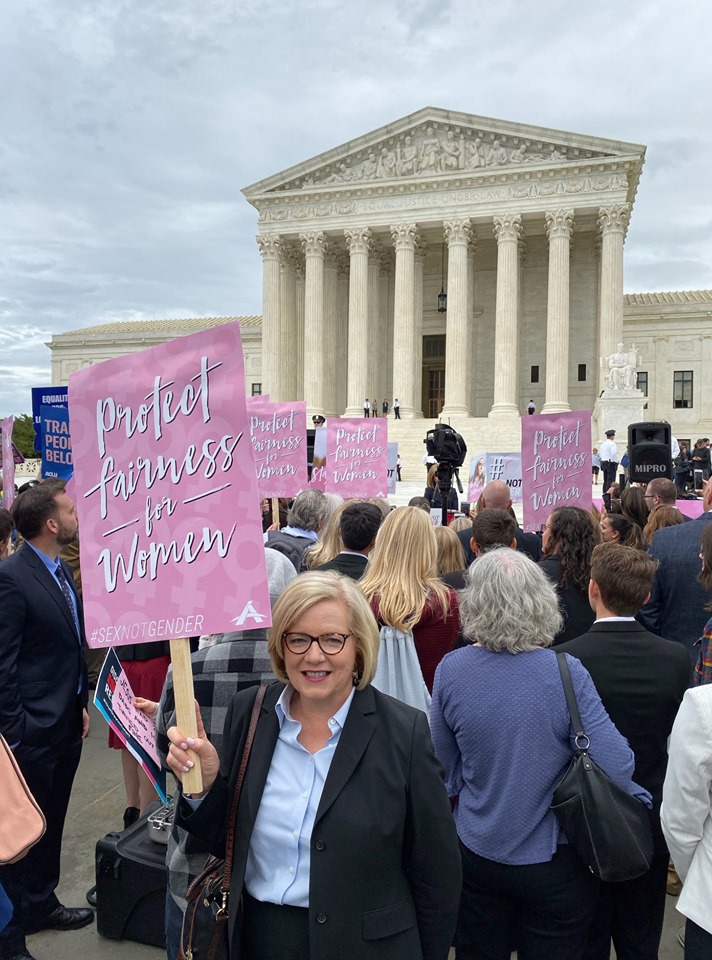 "We are here today to ask the U.S. Supreme Court to restore sanity and the rule of law. Americans should be able to rely on what the law says. Yet, in these three cases, the lower courts have effectively redefined the word “sex” in federal law to include “gender identity,” creating unfair situations for women and girls, and punishing businesses like Harris Funeral Homes for relying on what the law says. Redefining “sex” to mean “gender identity” creates chaos and is unfair to women and girls.

Title VII was enacted to ensure that men and women have equal employment opportunities. It was not designed to be a radical social engineering project that shoehorns sexual liberties into federal law. Yet some lower courts, including the Sixth and Second Circuits, jump from stereotypical ideas about the roles of men and women to conclusions that render heterosexuality—and even the very idea of biological sex—illicit stereotypes.

The cases at issue here, have ripped the stereotyping terminology from the pages of the Supreme Court’s earlier decision in Price Waterhouse v. Hopkins and commandeered it for purposes far removed from Title VII’s objectives. The result is a sweeping redefinition of biological reality that injects sexual orientation and/or gender identity into the meaning of the word “sex.”

The Sixth Circuit substitutes gender identity for sex in Title VII, rewriting the statutory text and redefining the reality of plaintiff’s sex.

Gender identity theory cements stereotypes in stone rather than eradicating them from the law. It reduces what it means to be male or female to a collection of stereotypes that many people—especially women—have spent many years trying to overcome and that many people reject.

The Sixth Circuit was wrong when it precluded an interpretation of Title VII that reads “sex” to mean only individuals’ chromosomally driven physiology and reproductive function. That is precisely the definition of “sex” in Title VII and many other laws. The circuit courts attempt to redefine reality and infuse the federal law with meanings that are simply not there.

Laws cannot be enforced or rightly interpreted if word definitions can be shifted at will to mean whatever someone wants them to mean.

Blurring the binary concept of male and female detracts from the fundamental purpose of both Title VII and Price Waterhouse—to ensure that male and female employees have equal employment opportunities.

Male and female are both human beings, but they are not interchangeable in every respect. When the line is blurred, there is no assurance that women will have equal opportunities vis-à-vis men.

Title VII and other civil rights laws are in place to protect equal opportunities for women; changing “sex” to mean gender identity undermines nearly 50 years of advances for women.

surgical efforts to alter sex in violation of religious beliefs.

So much is riding on the Court’s decision in these cases. This decision will impact public schools, employers, business owners, employees, and churches. We implore the Justices not to re-define what it means to be a woman and a man, but rather to follow the law, common sense, and the order of Creation." 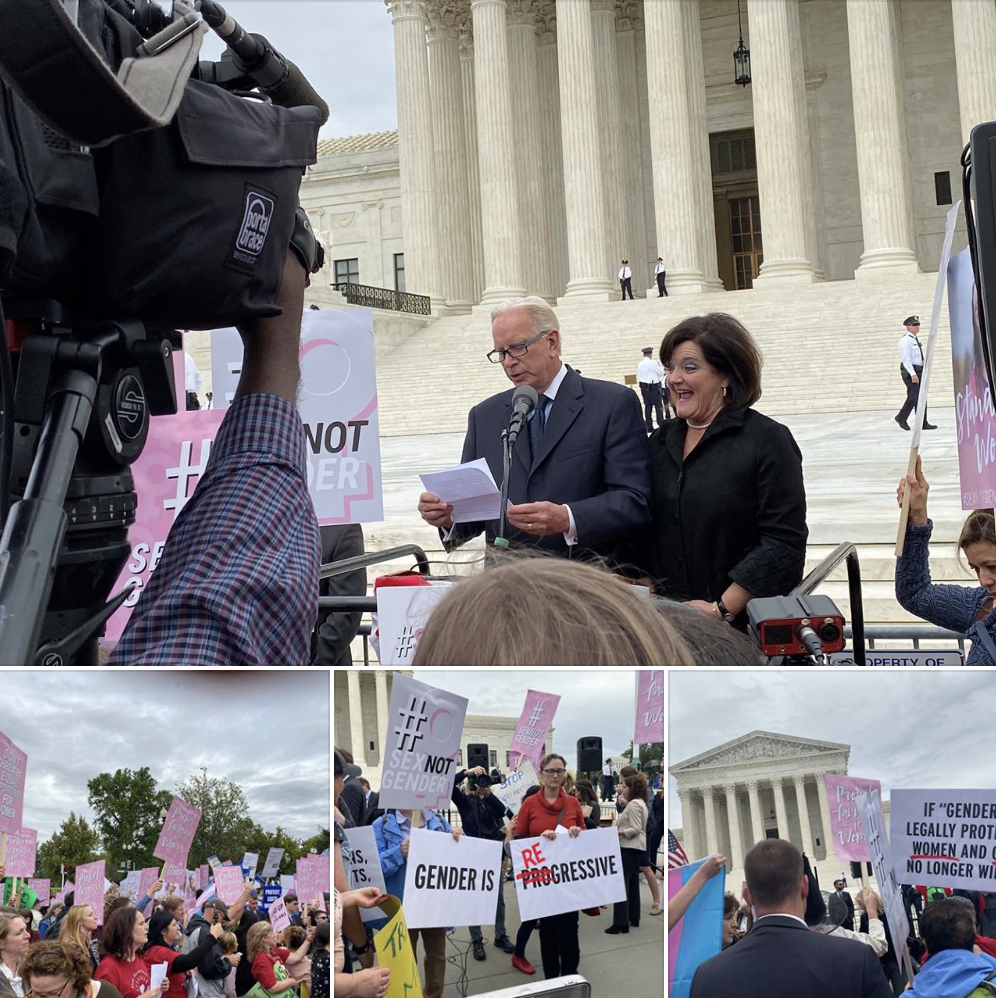 Nathan Zoschke commented on Tami Fitzgerald Harris Funeral Homes Speech 2019-10-10 21:55:55 -0400
“It jeopardizes bodily privacy rights of women by forcing organizations to open women’s shelters, locker rooms, restrooms, and showers to men who say they are women. .. Women should be able to expect privacy and safety in such facilities.”

Charles Walkup Jr commented on Tami Fitzgerald Harris Funeral Homes Speech 2019-10-10 16:02:25 -0400
Way to go, Tami!
One suggestion. Use phraseology e.g, ’the courts have no constitutional authority to redefine words as they did with “marriage”, and are now trying to do with “sex.” “We, the People … should not tolerate such unconstitutional doings.”