They have a draft

“The City of Charlotte is weeks away from voting on a proposed ordinance that would ban employers from discriminating against a person based on sexual orientation, gender identity and natural hairstyles among other factors.

The city released a draft of the new local legislation Monday. The ordinance would protect people based on several factors, but it also raises some questions about how it will be enforced on small businesses.” (WBTV.com)

For the past couple months, Charlotte Mayor Vi Lyles has expressed the desire to pass such an anti-religious liberty bill in the Queen City. While only a handful of cities have joined the progressive crusade to pass SOGI legislation and crush religious liberty in our backyards, Charlotte’s consideration of a SOGI is of interest for the state at-large.

Afterall, as the WBTV article continues, “The last time Charlotte passed a non-discrimination ordinance, it led to a contentious fight with the state general assembly, which passed HB2, known as the Bathroom Bill.”

You may recall that the General Assembly and Governor Cooper backed down to the bullying of corporate and sports elites by repealing the ban on these types of local ordinances and replacing it with a short-term fix.  Since the General Assembly let that short-term fix expire late last year, radical activists have felt emboldened to take that contentious fight to towns and cities across our state. We cannot allow their voices to go unchallenged before our local and county representatives.

Charlotte's draft ordinance attempts to coerce uniformity of thought and speech on beliefs about marriage, sex, and what it means to be male and female.  It will apply to employment, housing, and public accommodations, forcing girls to compete against biological boys in school athletics and punishing professionals who willingly serve everyone but decline to promote messages or celebrate events in conflict with their beliefs. Laws like it have resulted in people like the florist Barronelle Stutzman having their livelihoods taken away and losing everything.

Charlotte needs to hear from you. Again and again, until—LORD willing—they listen. Would you consider multiplying our coalition’s voice by considering these two action items: 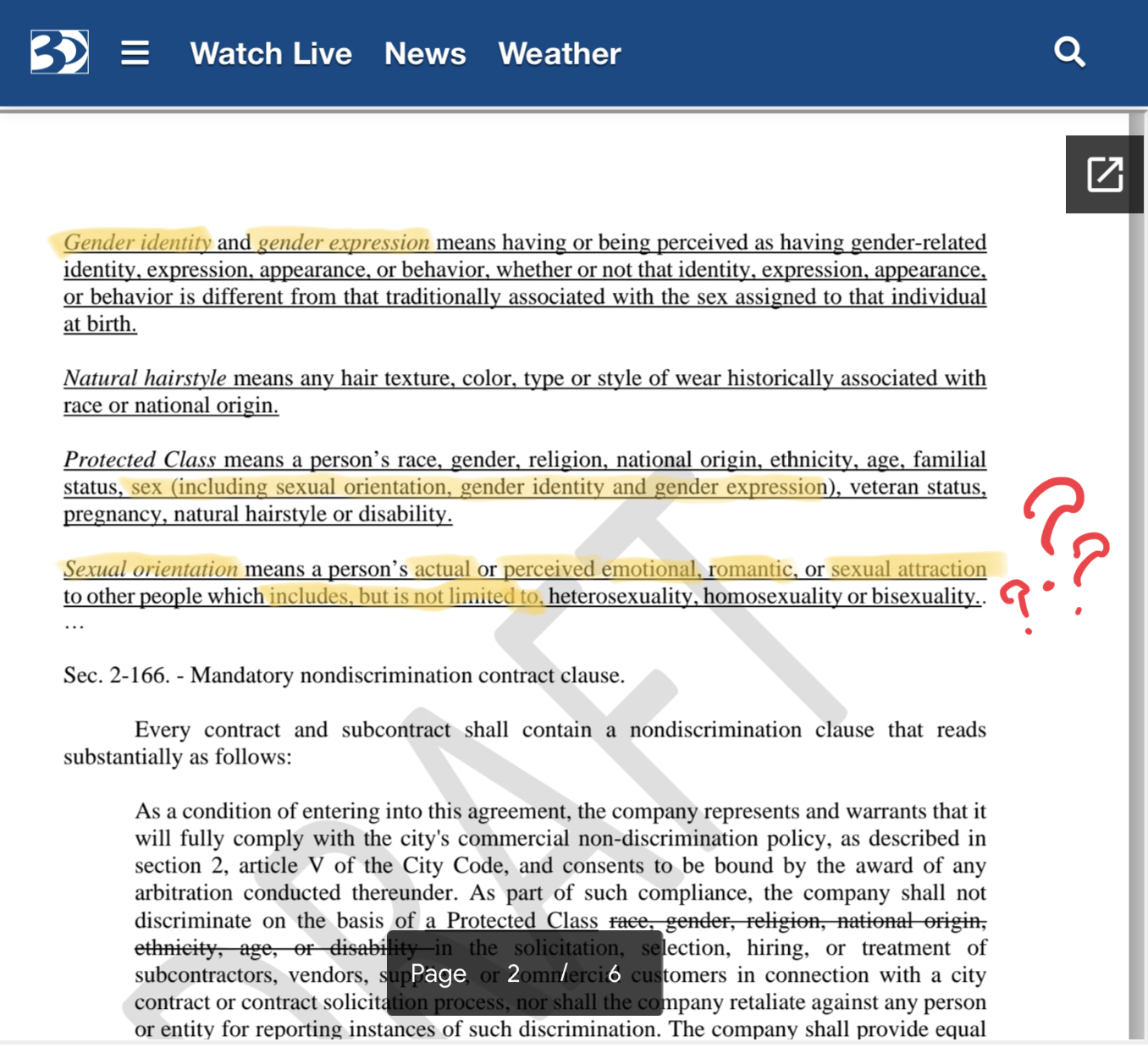