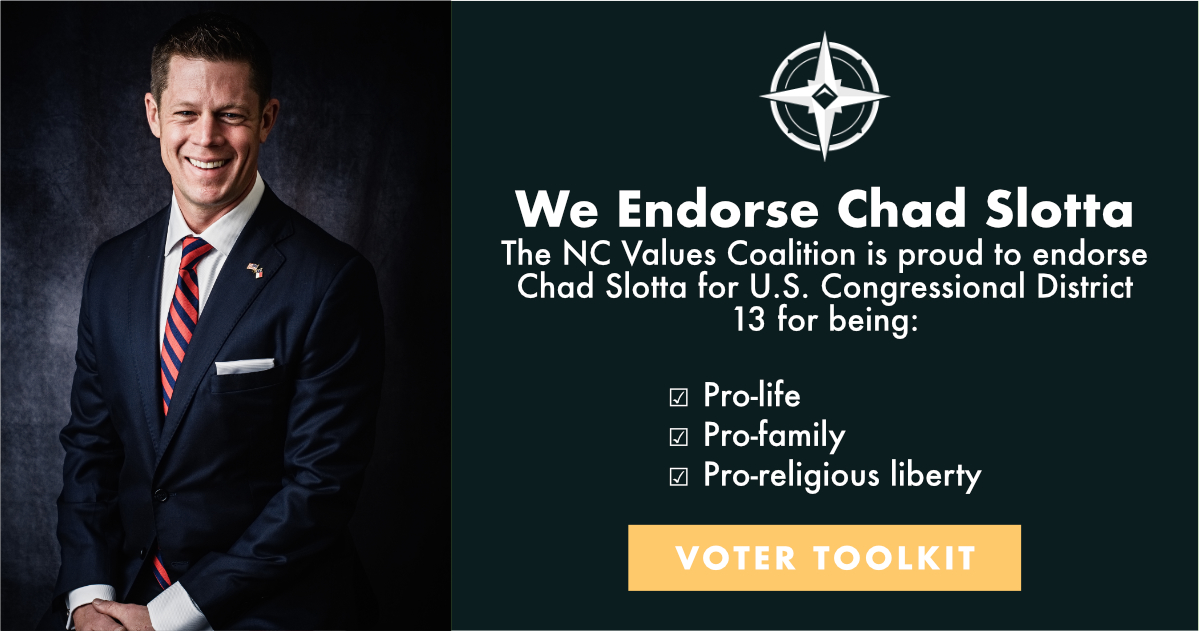 Today we're excited to announce that we are endorsing Chad Slotta for U.S. Congressional District 13.

Chad Slotta is a life-long leader in the pro-life movement, and we expect he will be a staunch advocate for the unborn and their mothers in Congress. His own daughter’s early birth at 24 weeks taught him the value of protecting every precious life. It is refreshing to see such an outspoken leader on issues dear to North Carolina families, when one of his leading opponents, Bo Hines, said he’s "not a social conservative,” and “is a lot more liberal on certain social issues.”

We believe that Chad Slotta will represent North Carolina and the 13th Congressional District with integrity, great intellect, and the values that conservative voters of faith believe in.

If you received an absentee ballot last week, or are planning to vote early at the start of one-stop voting on April 28th, would you consider checking out our NC Values Voter Toolkit and voting for Chad Slotta in the 13th Congressional District primary?