We had an amazing Celebration of Carolina Values this week! 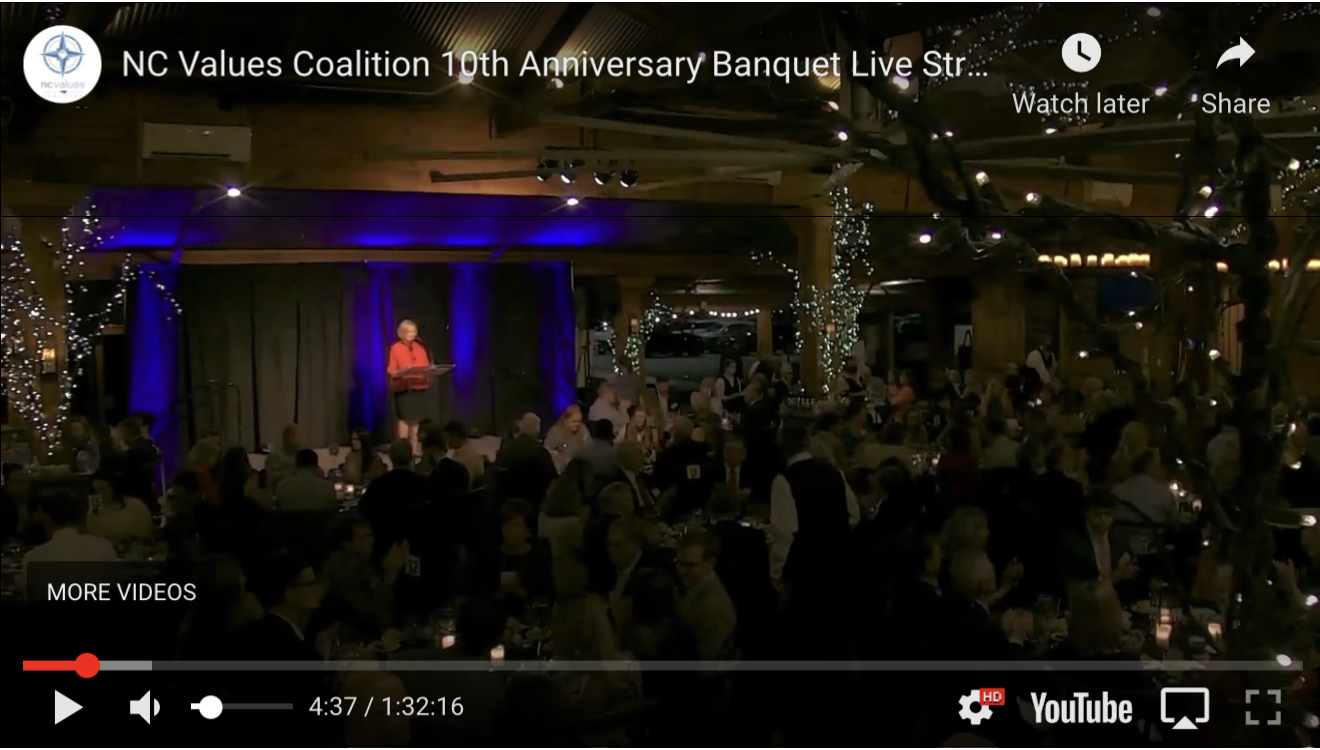 We had an amazing Celebration of Carolina Values Thursday night!

A huge thank you to all of our wonderful sponsors, and everyone that joined us both in person and over live stream. We are so grateful for you.

Thursday night was truly a memorable evening. There is something really inspiring about being gathered with other individuals, all united around the singular purpose of promoting true North Carolina Values within our state.

We were blessed with a wonderful audience of over 300 people, all gathered in the beautiful Angus Barn Pavilion. Everyone was treated with a true Angus Barn signature— delicious filet mignon that literally melts in your mouth. We also enjoyed some divine chocolate chess pie and an abundance of mashed potatoes and other delicious side dishes, all served by Angus Barn’s exceptional staff. One thing is for certain—no one left hungry. 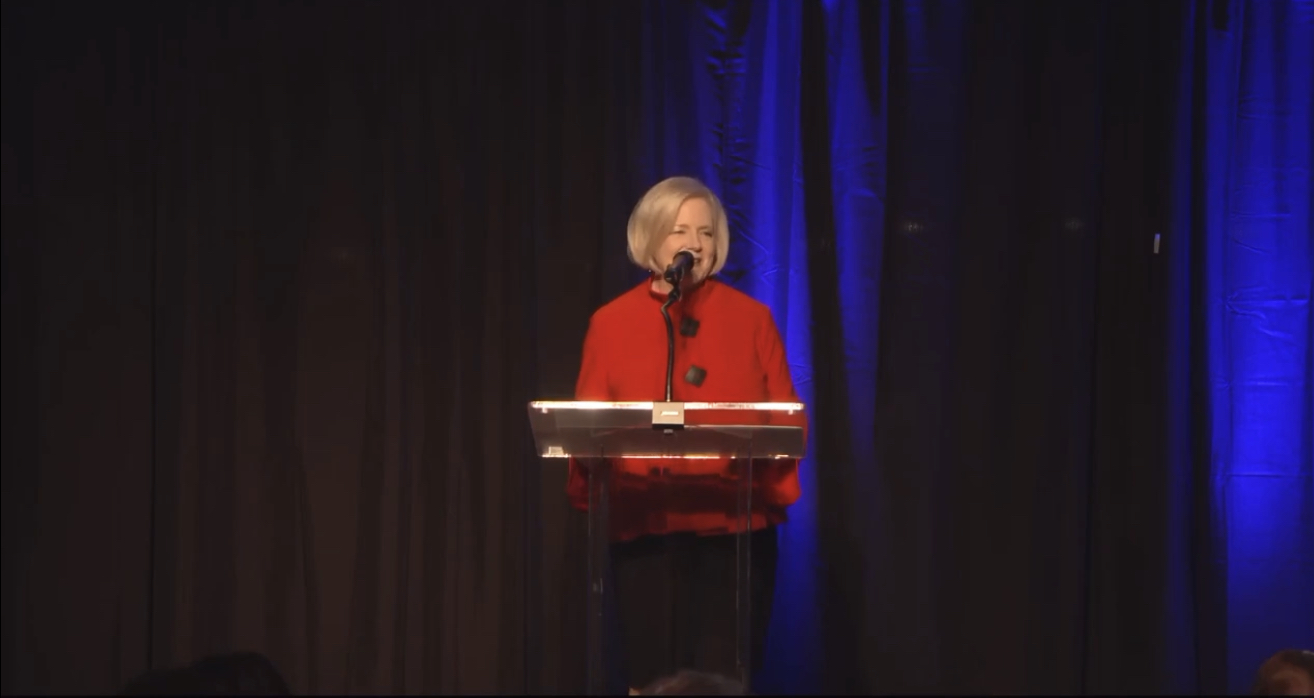 We began the evening by listening as Tami Fitzgerald shared why the NC Values Coalition began 10 years ago. “Over time” she said, “we began to realize that every business organization and special interest group in the state had both a lobbyist and a PAC. We decided that Christians needed the same thing so we could advance their issues through both law and policy.” As a result, NC Values was created to give “Christians a seat at the table in both elections and lawmaking”. And that is something that we are all very thankful for. 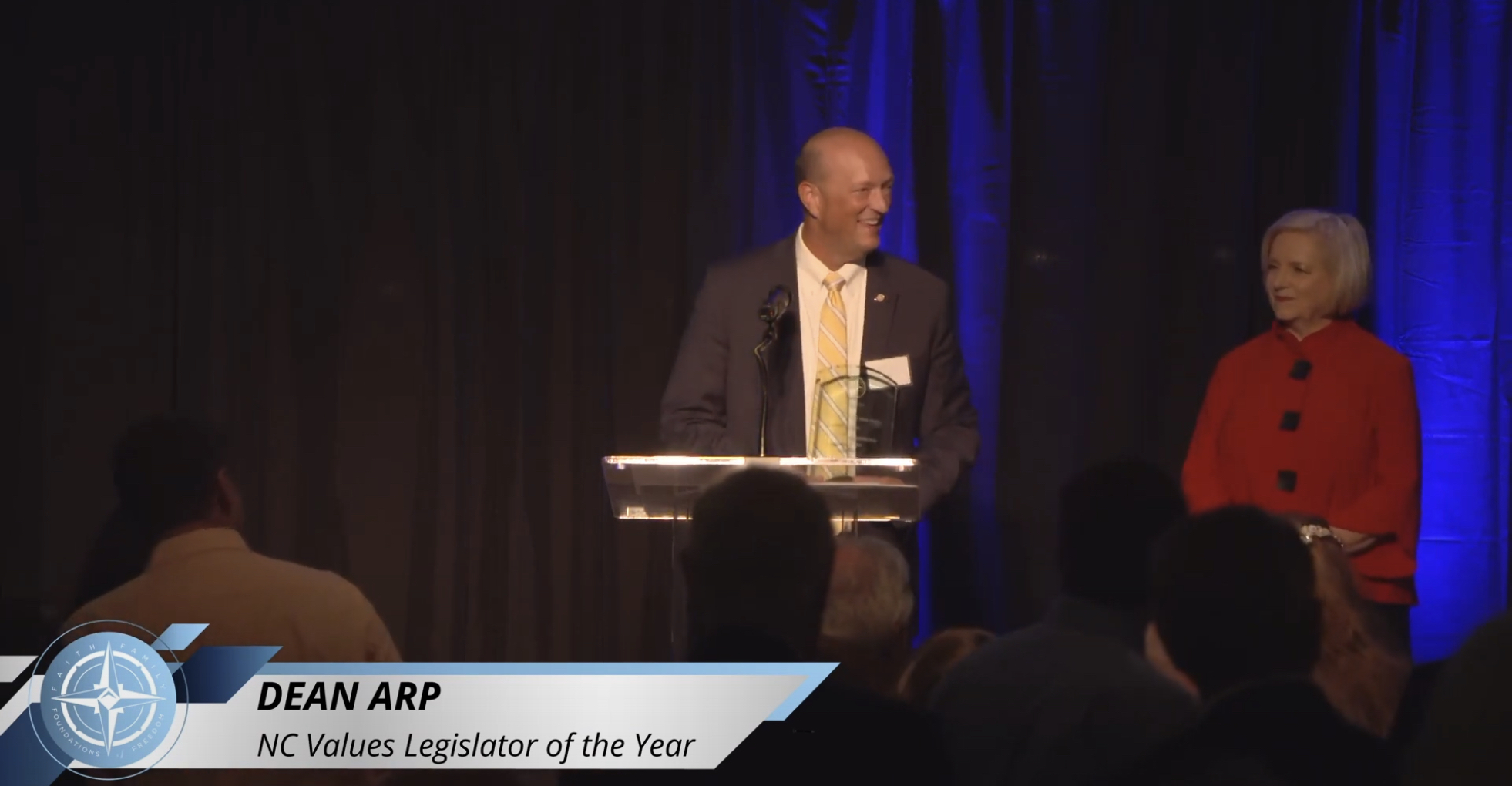 Then, Tami recognized several individuals for their exceptional dedication to advancing NC Values this past year. Representative Dean Arp (R-Union) was awarded our “Legislator of the Year” award, for his passion for parent’s right to know legislation and his tireless work advancing the Human Life Nondiscrimination Act this past legislative session. This Act banned all abortions that would be performed on account of a child’s race or Down Syndrome. 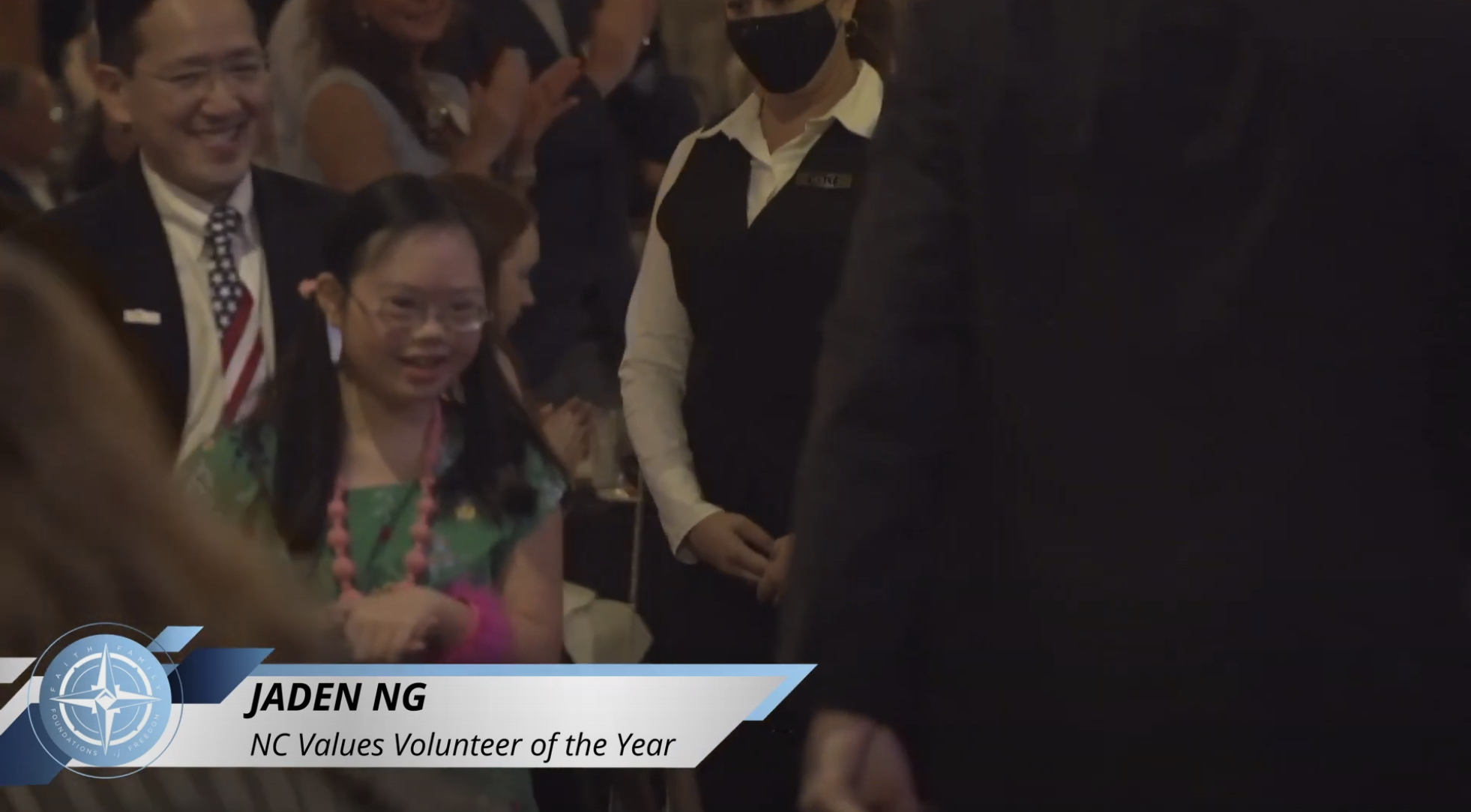 Then, 13-year-old Jaden Ng, who has Down Syndrome, was awarded our “Volunteer of the Year” award. Jaden is a truly remarkable young lady and fearless advocate for the unborn. At her young age, she has already testified before the state legislature in favor of the Human Life Nondiscrimination Act. We are so blessed to know both Jaden and Representative Arp and are excited to see how the Lord continues to use them. 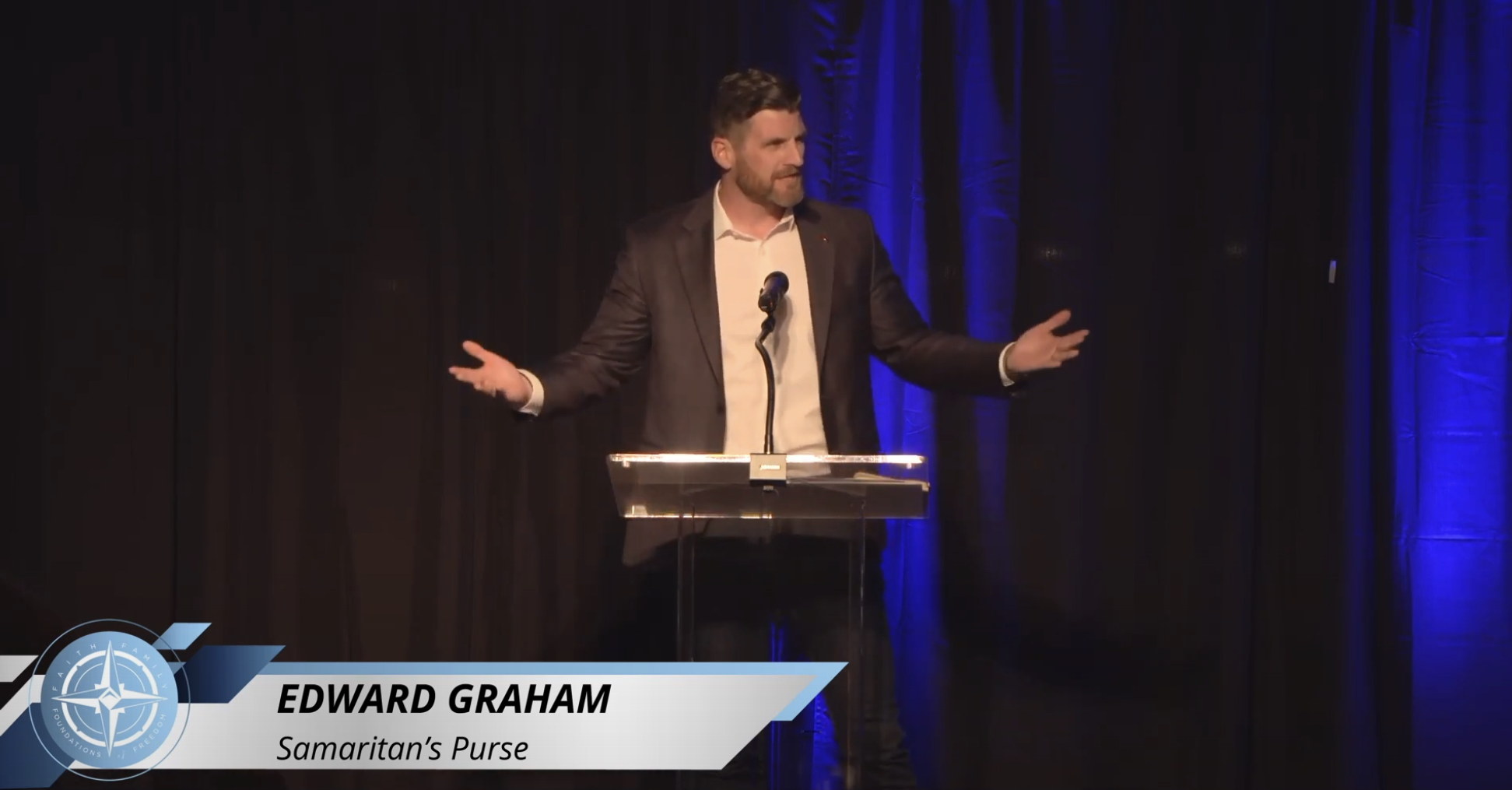 Finally, we heard from our amazing keynote speakers. We first heard from Edward Graham, grandson of Billy Graham and the Vice President of Programs & Government Relations at Samaritan’s Purse. Edward is an army veteran of 16 years, taking part in various combat operations and rising to several leadership positions. He talked about the importance of having Christians become involved in politics, and the role that the church plays in rallying and equipping believers to act.

“We are not supposed to be in the world,” Edward began. “The gospel is offensive. It’s going to pierce our hearts and pierce our souls because we are all sinners.” Even though sharing the gospel is difficult work—“trench warfare” as Edward coined it—it’s beautiful work that we should all be a part of. 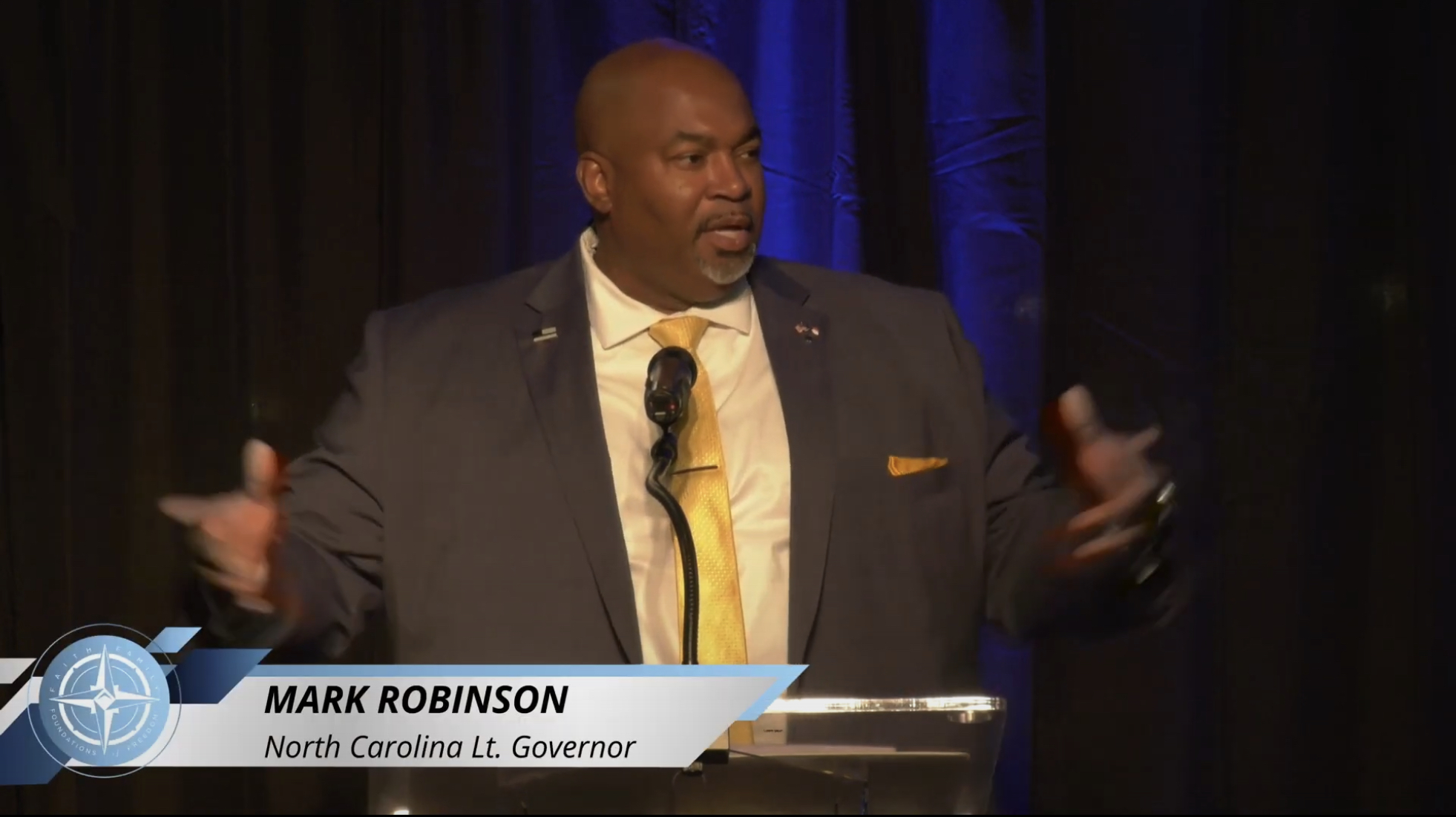 Lastly, we heard from North Carolina Lt. Governor Mark Robinson. Robinson has an exceptional story. As the 9th of 10 children, Robinson grew up in a home without heat, air conditioning, or a shower. His father was an abusive alcoholic. As a result, he and his nine siblings made their way through the foster care system, some of them ending up in abusive situations.

A true success story, Robinson began his speech by giving praise to God—“without Him, I wouldn’t be here.” It is that conviction and humility that makes him such a powerful advocate for biblical values in our state.

Robinson is passionate about eliminating political indoctrination in the NC public school system. He spoke on the hot topic of critical race theory (CRT), saying it is a “foolish theory” that is“called a theory for a reason”. And he is living proof of why CRT is a lie.

“CRT will tell you that Mark Robinson grew up poor and black in the south and because of that, he is going to be a failure.”Robinson said. Yet as we all know, Robinson holds one of the highest elected offices in the state. Under CRT, “how does that happen?” Robinson asked.

Robinson is a truly powerful testament of the dangers of CRT, and the importance of combatting this theory in the public school system.

To finish off the evening, Robinson left a charge for believers. He inspired everyone in the room to stand bold in their faith and to not back down from speaking truth. He is a truly inspiring man, and we are so blessed to have him as an ally and our Lt. Governor.

If you were unable to watch our celebration, you can access the recording here on our website.

We were incredibly blessed to be surrounded by so many NC Values supporters at the event. Thank you all for your continued support these past 10 years. We are looking forward to many more!

If you support our work—past, present, and future—would you consider supporting it by making a $25, $50, or $100 financial donation today?