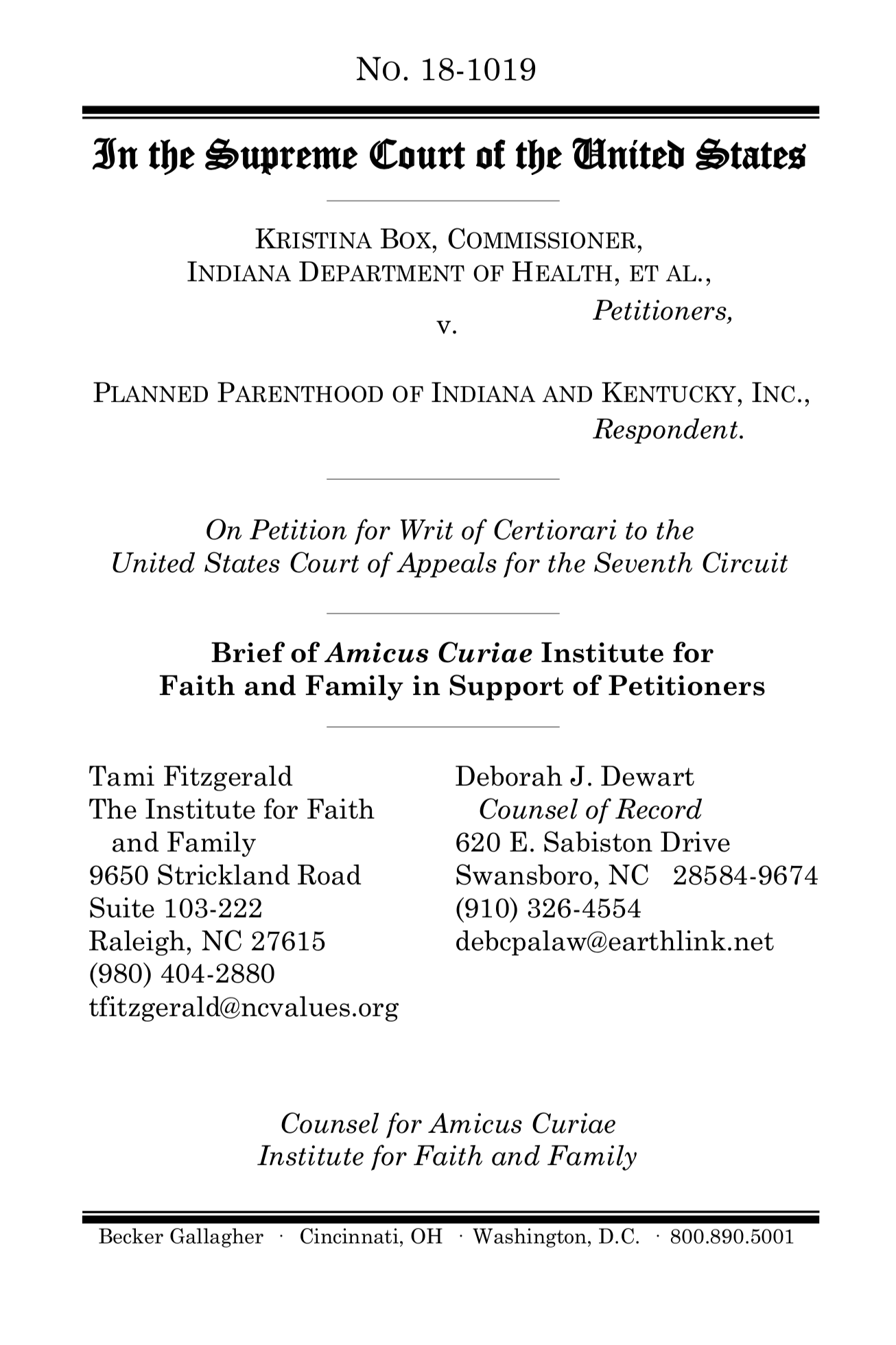 In the past two months, a number of stories have forced the American public to reassess their positions on abortion. It is not an exaggeration to suggest that in 2019 our culture is approaching a major crossroad when it comes to the future of Roe v. Wade.

It's also not an exaggeration to suggest that the NC Values Coalition is making every effort to ensure our state and country takes a path that leads towards protecting the unborn.

According to a recent Marist poll, Americans are now as likely to identify as pro-life (47%) than pro-choice (47%). Marist' survey a month earlier—which was before the types of stories below—saw only 38% of Americans identifying as pro-life. We want to make sure that you're up to date on what has been happening as it relates to the unborn, and what we've been doing to protect them:

As members of our coalition, you're only exposed to the tip of the iceberg when it comes to the amount of labor we do protecting your values in our state, and shaping our culture.

Thanks to your donations, we're able to advocate for pro-life legislation in our state that bans dismembering an unborn baby during an abortion, and pro-life legislation which forces providers to inform women that there is a procedure to reverse a chemical abortion if they change their mind. However, we're also able to file pro-life Amicus Briefs to the Supreme Court on the issues you care about.

That's remarkable for a state organization of our size!

Two things make this possible: (1) your charitable donations, and (2) our commitment to make sure the impact of your donations go as far as possible.

Today is the last day of February. At the end of every month, we look at the amount of donations we've received, and we strategically plan how we'll be using them to defend life, liberty, and family in our state and nation. We promise you that every dollar you donate to our coalition will have a mighty political return-on-investment. Will you consider making a needed $100, $50, $25 or more donation before the day is over towards our work?

Would you consider giving us a financial donation that helps ensure that the path our nation and state takes at this cultural crossroads is one that turns towards cherishing the value of unborn life?